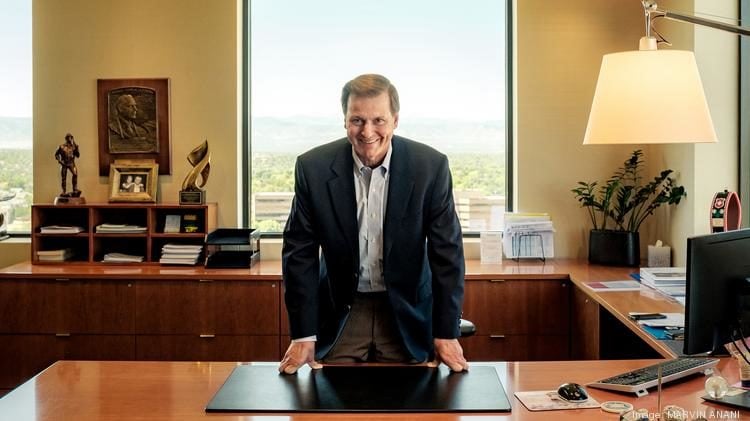 Gary Goldberg is the CEO of Newmont Goldcorp, which is one of the biggest gold producers in the United States and beyond. Some people might have seen his name in the news in recent months because of the fierce competition between Newmont Goldcorp and Barrick Gold. What Are 10 Things You Didn’t Know About Gary Goldberg? Here are 10 things that you may or may not have known about Gary Goldberg:

1. Studied At the University of Wisconsin-Platteville

2. Studied At the University of Utah

In time, when Goldberg became more interested in management, he went to the University of Utah for his MBA. Like its name suggests, the University of Utah serves as the flagship university for the entire state, meaning that it is rather prestigious. Moreover, the school can claim the honor of being the first such institution founded in Utah as well, though in those times, it was called the University of Deseret in reference to a term from the Book of Mormon.

3. Used to Be with Rio Tinto Borax

From 2004 to 2006, Goldberg served as the CEO of Rio Tinto Borax. Said corporation is one of the subsidiaries of Rio Tinto. Furthermore, it specializes in borax, thus explaining its name. For those who are unfamiliar, borax is a boron compound that was discovered in the 8th century but didn’t start seeing widespread use until the late 19th century. Nowadays, it sees use in everything from household cleaning products to iron and steel welding.

4. Used to Be with Rio Tinto Minerals

5. Was the COO Before Becoming CEO of Newmont Goldcorp

When Goldberg headed on over to Newmont Goldcorp, he was named to the position of COO for the corporation. In total, he held the position of COO from 2011 to 2013 before he succeeded Richard O’Brien as the CEO. By that point in time, Goldberg had more than managed to familiarize himself with Newmont Goldcorp’s operations, which was on top of his decades of expertise and experience from his time with Rio Tinto.

In an interview, Goldberg credited his corporation’s business culture for its business success. In part, said business culture is focused on remaining disciplined when it comes to its balance sheet, which might curb its expansion prospects to some extent but also reduces the chances of it running into serious problems by being too ambitious. However, it should also be noted that the corporation’s business culture puts a strong emphasis on being accountable while still striving for a sense of continuous improvement. On the whole, the corporation prioritizes value over pure volume when it comes to its revenue-earning operations.

7. Sees Change As the One Constant

Goldberg is one of those executives who see change as the one true constant. As a result, while he made note of the improvement in gold fundamentals at the time of the interview, he expressed the sentiment that it wouldn’t be wise for his corporation to become too reliant on the trend, presumably because that would’ve put it in a bad position once the trend revesed for whatever reason. On top of this, Goldberg made a note of a number of potential threats to his corporation, which was used to support his statement that the ability to manage such changes was a critical component for its success.

8. Oversaw the Merger of Newmont and Goldcorp

Until very recently, Newmont Goldcorp was still Newmont. What happened is that Newmont merged with Goldcorp to create Newmont Goldcorp in January of 2019, though it seems safe to say that Newmont has had the upper hand in this particular transaction. After all, both Newcorp’s CEO and Newcorp’s COO stayed on. Furthermore, Newcorp’s Chairwoman was the one who winded up as the head of the Board of Director for the combined corporation, while her counterpart became the deputy. In any case, the merger was notable because both Newmont and Goldcorp were already very important players in gold production, meaning that the resulting corporation is stronger than ever.

9. Was Targeted By a Hostile Takeover Attempt

Speaking of which, Goldberg’s corporation was targeted by a hostile takeover attempt from Barrick Gold at around the same time. Supposedly, Barrick Gold leadership made the move because they wanted to tap into the potential synergies from the two corporation’s holdings in Nevada but were rebuffed. However, said claim was denied by Goldberg, who stated that his corporation was open to the idea of cooperating through a joint venture. The hostile takeover attempt was a failure, but it is interesting to note that the two mining titans have agreed to a joint venture in Nevada.

Currently, Goldberg is set to retire from his position as the CEO of Newmont Goldcorp on October 1 of 2019. On said date, he will be succeeded by his COO Tom Palmer, who has already played an important role in the merger as well as the setting up of the joint venture with Barrick Gold. Furthermore, Palmer has considerable experience with Newmont Goldcorp’s international operations as well, which have become a very important part of the corporation’s overall efforts. For a time, Goldberg will remain involved as an Executive Advisor who will provide valuable support to his successor as well as said individual’s executive team.