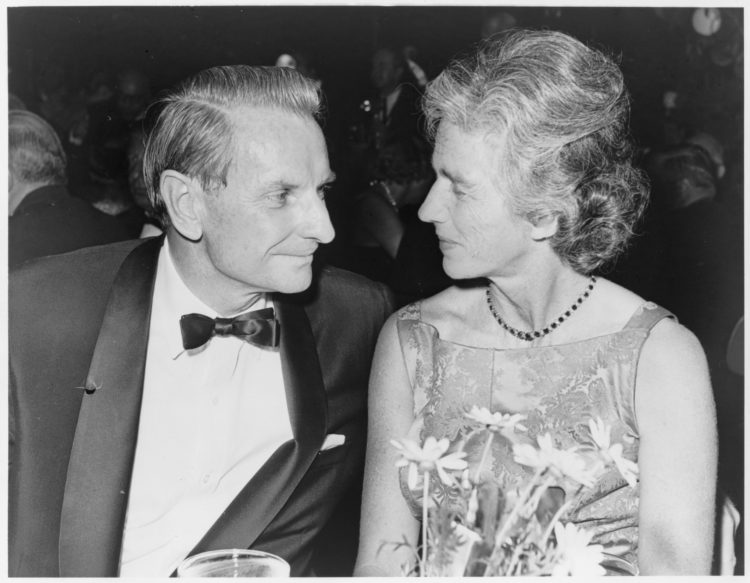 If you’re not from an old money family or obsessed with them, and you don’t spend most of your time with conservation projects, then you may never have heard the name, Laurance Spelman Rockefeller. That’s unfortunate since he did so much for America in his lifetime. Though he passed away in 2004 at the age of 94, this extraordinary man will go down in history for his accomplishments. It’s rare enough to see a serious philanthropist come from a family where the inheritance is so abundant that a person doesn’t need to work, but he found his purpose in preserving nature and advancing science that helps us all. We are pleased to share a few of his lifetime accomplishments with you.

When you’re born with a name like Rockefeller, everyone knows you have enough money to do as you please in life. You can choose to live quietly out of the limelight, or you can open a movie studio just to become a star. It’s almost certain that you’ll never be in jail (for long) no matter what you do, and you can travel the world, attend any school you want and generally do as you please as long as you never upset the person holding the purse strings before you get your full inheritance.

Laurance Rockefeller could have been a lawyer. He went to Harvard law school after all but later decided that life wasn’t for him. Instead, Laurance married his lovely wife Mary French and had four children. He even served in the Navy during WWII and helped to bring about the downfall of Hitler. Beyond that, he dedicated most of his life to business and philanthropy.

Laurance’s work wasn’t limited to the preserve in his name. He also donated five thousand acres to help create the Virgin Islands National Park. He was a part of the Citizens Advisory Committee on Environmental Quality, the American Conservation Association, and the New York Zoological Society. However, it was the preserve that, like his son, shares his name. The preserve is located in Wyoming’s Grand Teton National Park. Many national preserves have tons of parking and few activities. The Laurance Rockefeller Preserve is the opposite. Designed with limited parking and many hiking trails, the preserve is intended as a place for quiet reflection and enjoyment of nature.

During the 1990s Laurance got into a much more unusual sort of funding. He became interested in UFO activity and helped to fund several studies and projects related to UFOs and extraterrestrial activity. Most famously, he helped support the creation of Unidentified Flying Objects Briefing Document – The Best Available Evidence, a novel-length work published in 1995.

4. Financing the Future (Computers & Other Ventures)

Laurance, along with his brothers, was an essential financier for both Apple and IBM. He also founded Eastern Airlines and was involved in numerous other ventures including New York Airways, a helicopter-related business and The Nuclear Development Corporation of America business. Of all of the Rockafeller brothers, Laurance was the one with the most entrepreneurial spirit.

Rockresorts are found all over the world. They are not a part of the Hardrock Cafe enterprise, but rather another of Lawrence Rockefeller’s projects. Among the many, environmentally sound resorts he helped to create is the famed Little Dix Bay Resort on Virgin Gorda. The people there loved his work so much he was the first person ever given honorary citizenship.

The environment and business weren’t the only things Rockefeller was passionate about. He cared deeply about people as well. When the Memorial Sloan-Kettering Cancer Center​​​​​​​ was in trouble, he helped get them the funding they needed. It paid off more than a little over the years as doctors like Barrie Cassileth helped pioneer new technologies and other advances in cancer treatment as a result of the Rockefeller funding the hospital received.

Another of the unusual ways Laurance helped create the future through his investments was by funding the New Age Lindisfarne Association. The visionary think tank helped promote the ideas of ecology with the help they received from Laurance. The LA goal was deeply tied to the idea of bringing balance between technology/science and nature. They practiced Zen Buddhism and hosted classes and retreats to help others toward reducing materialism and other similar worthy goals. Unfortunately, the LA disbanded in 2012.

The now-closed PEAR lab was once a place that studied the mysteries of the human mind. It was also a place Laurance visited and helped to fund. Perhaps it was his philosophy degree, but this Rockefeller was deeply curious about the occult as it related to human brains. Clearly, there was more to him than business and conservation.

While the more esoteric and amusing aspects of Laurance’s life may make for great storytelling, there’s no doubt that it was his philanthropy that made him a great man. Laurance was even awarded a Congressional Gold Medal for conservationism. His work to preserve the environment and the animals we share our world with was massive in scope and beautiful in its intention. If anyone deserves a medal for do ing the right thing, indeed it’s someone like Laurance Rockefeller.

Laurance Spelman Rockefeller had ample opportunity to do less in life. As a famous Rockefeller, he could have slummed it with the jet setting crowd. As a Princeton philosophy graduate and a Law student at Harvard, Laurance could easily have become a lawyer and simply increased his own fortune. Instead of taking the easier path, he chose to commit his life to make the world we live in a better place. Laurance cared deeply about nature and science, and we hope his legacy will help others see how much you can do, especially when you’re so wealthy you couldn’t spend all your money in a lifetime.