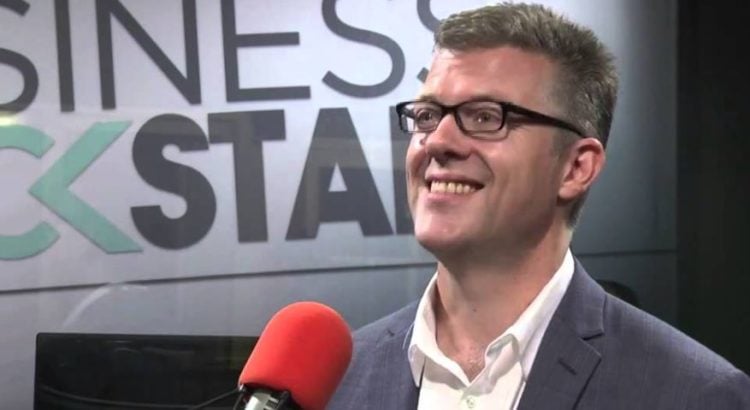 Paul Wiltshire is an Australian entrepreneur who currently serves as the chief executive officer of the music startup Songtradr. Paul is an interesting fellow who has made some significant contributions to his niche in the recording industry. We were interested in learning more about him so we looked into his personal and career history. We made some interesting discoveries that merit sharing with other aspiring business people who are trying to make it in some aspect of the music industry. Here are 10 things you probably didn’t know about Paul Wiltshire that may inspire you.

1. Paul Wiltshire was born in the United States

According to Wikipedia, Paul was born in the United States. The city of his birth was Kingston, New York. His mother and father were living in New York at the time. They were both British citizens t the time. In 1971, Paul and his parents relocated to Australia. Paul applied for and was accepted for Australian citizenship. He has an interesting international background, but he was raised for most of his life in Ballarat, Western Victoria, Australia.

2. He is a multi-talented professional in the music industry

Paul started his career as a performer. He joined a variety of cover bands that were active in the Ballarat area. in 1991, he moved to Melbourne where he added new dimensions to his career. He became an instrumentalist and also wrote songs. He also became a record producer.

3. He wrote songs for popular artists

Paul Wiltshire has written songs for some of the biggest names in the music business. His songs were performed by Korn, Avril Lavigne, Hillary Duff, and others. In 2001, his manager was Sandy Roberton of World’s End through 2007. The most successful years for his songwriting and production were between 2000 through 2009. He achieved the success of 12 albums and singles that went all the way to number one position in the charts, with 28 singles and albums that reached the top 20 positions on the charts. He was working in Los Angeles, California at the time.

4. He married his partner in the music business

Paul Wiltshire formed a partnership with Victoria Wu in 2003. They set up a recording studio in Los Angeles, California, and split worked with artists from both the United States and from Australia. The two started as business partners but ended up getting married. Their business grew with publishing deals signed in 2004 with Mushroom Music and Orient Pacific Music.

5. Paul is the founder of Songtradr

Paul Wiltshire established the music licensing platform called Songtradr in 2014. He assumed the role of chief executive officer. As of June of 2021, he has been with the company as its leader for 7 years. It took him two years to develop the platform, and although the company was in the works, the official launch with an open for business status did not occur until March of 2016. Since then, the company has grown in its client base and it now serves more than a quarter of a million artists and music creators throughout the world.

Part of the tremendous success of Songtradr is in its diversity and versatility. Paul’s mission is to democratize the music industry and make licensing and related services available to a greater cross-section of the public. He not only serves music creators and artists, but also provides music licensing services to TV, films, and other media, brands, and advertisers.

7. He is a serial entrepreneur

According to his LinkedIn profile, Paul Wiltshire founded a company called PLW Entertainment Pty Ltd n 1996. He served as the chief executive officer of the startup that specialized in the production of contemporary Australian music. He achieved a decent level of success through the business serving a variety of artists including The Backstreet Boys, Delta Goodrem, Engelbert Humperdinck Y Shannon Noll, and several others. He spent 16 years leading the company before leaving his post.

8. He built PLW Entertainment up and sold it for a fortune

Paul Wiltshire is a talented and creative professional who also has a keen business sense about him. He left his Melbourne, Australia-based company because it was acquired by a company called Goconnect Limited. The latter is an Australian Stock Exchange-listed enterprise that was acquired in 2010 after PLW had expanded into a well-known operation. Wiltshire stayed on as the CEO for an additional 6 years after the company was sold, providing his leadership and advisement until it was time for him to move on to pursue other business interests.

After leaving PLW Entertainment, Paul went about new business ventures. He left Australia to accept a position as the president of Wiltshire Media LLC in July of 2013. The company is based in the Greater Los Angeles area. it is a boutique media company that actively engages in the development of online technologies that are geared toward the entertainment industry, chiefly in music production, TV IP, and film. He has served as president of the company for the past 8 years and is currently occupying the position simultaneously while running Songtradr. He is a busy man but he is doing what he loves and what he is good at.

Paul is known as one of the most talented and successful entrepreneurs in the music industry. He dabbled with singing and performing, but his real strength was in helping others create and publish their works. He is one of the guys that works in the background to help everyone else become successful and realize their dreams. He is content to do this. He has received many awards for his record production and for the songs that he has written. The sales of his compositions exceed 15 million records. He has provided rights management and distribution services for more than 600 thousand catalogs, songwriters, and artists to date.