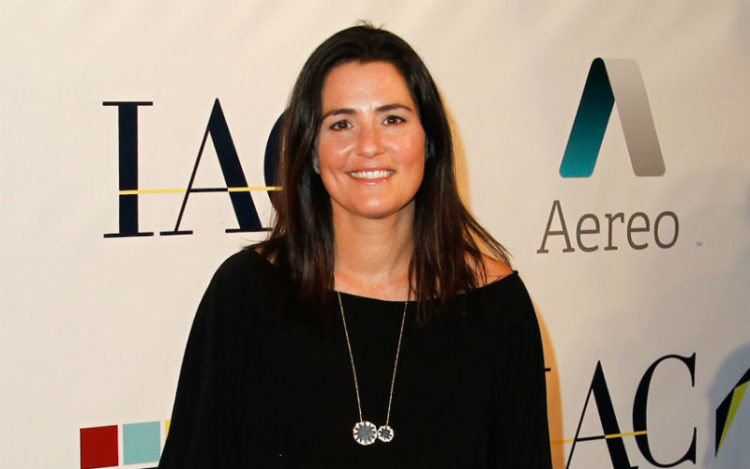 Mandy Ginsberg is the CEO of the Match Group, a manager and a businesswoman who has achieved a high level of success in her career. She is an example for women who have a strong desire to pursue leadership positions in business, and there may be some things that we can learn from her about how to get there. We looked into her history to learn more about her life and the choices that she has made that helped her to carve a niche for herself in management and leadership and we learned some interesting facts about her. Here are 20 things you didn’t know about Mandy Ginsberg.

1. Mandy Ginsberg has a solid education in business

After Mandy graduated from high school she continued forward with her education. She enrolled in classes at the University of California at Berkeley where she earned her bachelor’s degree. After completing her undergraduate course of study, she pushed yet further and was accepted at the Wharton School which is the business division of the University of Pennsylvania. She earned her MBA degree from Wharton. Prior to striking out in the business world, Mandy established an educational foundation in preparation.

After earning her post-graduate degree in business administration, Mandy was hired as the Vice President of Consumer Technology at the Edelman Public Relations Worldwide company. This was an excellent position where she gained experience in the leadership of a larger company. Her next position was as the Vice President of Worldwide Marketing at JDA Software. These were the doors that her MBA degree had opened for her in the business sector.

3. She gained diverse experience at IAC

4. She worked her way up at Match Group

Mandy Ginsberg wasn’t hired in the top leadership position when she first joined the Match Group’s North American operations. She started out with the firm in 2008 as the executive vice-president and general manager. By 2010, she was named as the CEO of the Match Group Americas division.

5. Mandy manages multiple brands under one umbrella at Match Group

The leadership role at Match Group is a position of high-responsibility. She is solid at the helm of the company where her focus remains upon the United States brand, along with OkCupid, PlentyOfFish, Affinity Brands, and ParPerfeito, along with other brands associated with the company’s south and north American expansion strategies. There are several subsidiary companies under the larger umbrella of the company that she is in charge of.

6. This isn’t her only CEO job

Ginsberg has had some intense challenges and experiences in her role as CEO. She was also the CEO of the IAC’s Tutor.com. She was in the leadership position and oversaw the firm’s acquisition of The Princeton Review, which concluded in 2014. This resulted in the formation of a new company as the two businesses were merged together.

7. Her leadership scope increased in 2017

Although Mandy had already been named as CEO of Match Group’s North American operations in 2010, she was not the leader of Match Group, just a division. She assumed leadership of the larger parent company in August of 2017, in a progressive upwards climb in her career. Match Group owns over 45 brands which include those previously mentioned, and Tinder, Hinge, and many others. The firm is active and operational in 190 countries throughout the world and it offers services in 42 different languages.

Ginsberg’s leadership style is comprehensive and thorough. She ordered an audit for the entire company to asses the pay levels and to determine if men and women were receiving equal compensation for services rendered. After receiving the necessary data, she implemented a system of paying raises which makes it unnecessary for employees to ask or demand them. She insists on equal pay for equal work among the sexes.

Mandy Ginsberg attended the Universidad Complutense de Madrid in Spain. She took courses from the school from 1990 through 1991 and added a degree in Spanish literature into her already impressive resume.

10. She served as a VP/GM for Chemistry.com

On Mandy’s LinkedIn page, we also saw that she served as a vice-president and general manager for the Chemistry.com company from February 2006 through 2008. It was launched by Match.com in 2006. The site links qualified people with jobs in the chemistry and engineering fields and it also connects chemistry students with qualified tutors and instructors.

11. Mandy serves on the Care.com boar

Mandy Ginsberg joined the board of Care.com in March of 2012. She served in this advisory position for two years. She ended her board membership with the company in 2014. Care.com is another company that is a subsidiary of the Match Group. The purpose of the online business is to offer a large online marketplace for finding as well as for managing care. Families are connected with caregivers and it also offers job resources for those who are in the caregiver field. The site has more than 34 million members in over 20 countries throughout the world, making it an international service. Care.com commenced operations in 2007 and has become a leader in the market for empowering caregivers and families in building relationships.

12. Mandy Ginsberg has an interest in languages

Although Mandy’s MBA is of course, in business administration, her undergraduate degree from Berkeley, is in English Literature and Spanish Literature. She earned her BA and then she continued on in her study of language and literature. She has also acquired two languages besides English with proficiency. These include Hebrew and Spanish. What is so truly amazing about Mandy is that even though she’s been kept extremely busy as the leader of one of the largest internet-based organizations in the world, she has also found time to learn new languages and pursue yet further higher education.

13. She’s dealing with a lawsuit

Mandy has been dealing with a series of legal issues that Match Group has been entwined in. Bumble is a startup challenger to the online dating site. We learned that this has been a messy affair for the leadership at Match Group with suing, and countersuits being filed. This is just a part of the real world of corporate leadership which has its fair share of drama at any given time.

14. She is facing a new career challenge

Match Group currently occupies ten percent of the market share in the internet dating industry. The company currently faces challenges from other large firms that are getting on board with the online dating field. Facebook recently announced that they plan to enter the dating world as well, which will add yet one more competitor to the mix. Ginsberg, as leader of Match Group, is faced with the job of defending the company’s market share. It’s time to put on the thinking cap.

In an interview with Fortune magazine, Mandy was asked about the current struggles that the company is facing new startup dating sites and FaceBook representing an even larger threat to gain market percentages. She was given a set of projected figures and asked what she thought about it. Her response was that at the time, “This isn’t about making, I don’t know, tables,” I really believe that we are having a profound impact on people’s lives.”

16. She’s keeping the group in focus

During uncertain times and a bit of turmoil, things have heated up in the competition for online dating clients. Match Group saw their stock decline by 22% right after FaceBook made the announcement that they were throwing their hat into the ring in the online dating arena. It doesn’t take a lot for investors to become indecisive or even skittish and this is precisely what happened when the stock values dropped. Her response is to go on the defensive and keep doing what they do so well, focusing on keeping teh level of success they’ve achieved in their products and providing their customer base with successful outcomes.

One of the toughest battles that Mandy Ginsberg has faced is losing her mother adn her aunt to ovarian cancer. She is a carrier of the BRCA 1 gene which serves as a strong predictor of the life-threatening disease. She is living with the genetic materials within her body that predisposes her to contract the disease. Knowing that she is, in essence, a “time bomb,” Ginsberg opted to have a preventative hysterectomy and mastectomy after she became 40 years of age. Although this has been completed there is still the risk. There is no more that she can do other than go in for regular checkups.

18. She doesn’t feel sorry for herself

Although the outlook for her health raises some concerns, Ginsberg isn’t the kind of person that is going to waste a lot of time on worry. It’s a concern but when it starts to get to her she knows how to snap back into the present moment. She shared that she reminds herself she is just fortunate to even still be here. That’s pretty tough self-talk, but it’s effective and it works for her. She takes the same approach to leadership and management of the Match Group. Even though things have been moving like a roller-coaster of drama recently, she looks at the positives for the company and has established a resolve to build upon this and to continue to expand on the things that they’re doing right. Her goal is to enhance desirability for teh services among potential clients.

19. She also has a busy personal life

Mandy Ginsberg is married to her second husband as a first marriage didn’t work out. She also has two daughters, so her plate is full at home as well. Maintaining a family with children is much like having another full-time job on top of whatever you do during an average business day. She is a very focused and driven woman who has already accomplished a great deal in her life. It’s no surprise that she does a good job of juggling an active family life along with the demands of a job that takes up a lot of her time and her thought life.

20. Mandy Ginsberg is a multi-faceted woman

There is a lot that we can learn from Mandy Ginsberg. Nothing has been given to her and she has worked hard to achieve her current status as a respected leader in the online dating industry. Her methods are straightforward and simple. She is well-organized at work and at home and this allows for a smoother flow in both aspects of her life. She has her share of concerns, if not outright worries from time to time, but it is in the way that she manages these and views them that makes all the difference. Life is uncertain in both business and in private and she has shown us that it is important to be vigilant and watchful and to act responsibly. Then when you have done all that you can do, you continue to do the right things without allowing the distractions around you to detract your focus from the things that really matter and make a difference.