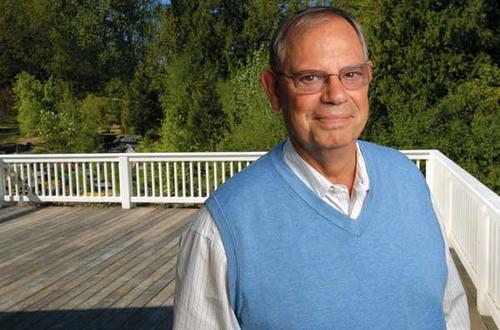 Philip Condit is an American businessman who played a very important role at Boeing. For proof, look no further than the fact that he rose to the positions of both CEO and Chairman of the Board for the corporation as the culmination of more than three decades of service combined with his Ivy League Education and intelligence. With that said, Condit occupied those two positions for less than a decade’s time, so it is perhaps unsurprising to learn that he exited Boeing under a cloud of scandal.

2. Became an Aviation Enthusiast As a Child

Considering that he went on to become the head of Boeing, it is perhaps unsurprising to learn that Condit became an aviation enthusiast when he was still a child. In fact, it should be mentioned that Condit was such an aviation enthusiast even in those times that he managed to earn his pilot’s certificate when he was still at the age of 18. The exact requirements for earning a pilot’s certificate can see a fair amount of variation from jurisdiction to jurisdiction, but they always include a great deal of education and experience, meaning that this speaks volumes about the extent of Condit’s enthusiasm even in those times.

3. Went to the University of California, Berkeley

For his first degree, Condit went to the University of California, Berkeley where he studied mechanical engineering. As stated earlier, said school is the flagship institution of the University of California System, so it should come as no surprise to learn that it has an outstanding reputation. In particular, it is worth noting its contributions to the sciences, with examples ranging from the discovery of sixteen elements to the successful isolation of vitamin E in a pure form.

In the 1970s, Condit spent some time studying at MIT. However, while MIT tends to be best-known because of its science programs, Condit was enrolled at the MIT Sloan School of Management, which is very selective as well. In particular, it is interesting to note that the business school puts a huge emphasis on innovation, thus enabling it to come up with a number of very influential concepts. One excellent example would be the Black-Scholes model used for derivatives, while another excellent example would be the random walk hypothesis that essentially says that stock market prices cannot be predicted.

6. Went to Tokyo University of Science

Eventually, Condit even went to the Tokyo University of Science to study for a Ph.D. in engineering. In short, the Tokyo University of Science is a private research university situated in Shinjuku, which is one of the special wards that make up the heart of Tokyo. Said special ward isn’t the center of the city, but it can claim to be something of a secondary center, not least because it is one of the economic hubs of Japan as a whole. For proof, consider the fact that Shinjuku is home to a number of well-known Japanese corporations such as Olympus Corporation, Seiko Epson, and Square Enix.

7. First Westerner to Earn a Ph.D. in Engineering From the Tokyo University of Science

It is interesting to note that Condit was the first westerner to earn a Ph.D. in engineering from the Tokyo University of Science, meaning that he can be considered a pioneer in this regard. With that said, various Japanese institutions have expressed a greater and greater interest in attracting international students in recent decades, though their efforts are still hindered by a number of critical factors. For instance, different Japanese schools have different requirements, but it is very common for them to require interested individuals to have a high level of proficiency with the Japanese language. This isn’t a problem for people who are determined to study in Japan, but it tends to be a serious deterrent for people who are willing to consider non-Japanese options as well.

Condit is an excellent example of someone who became a high-ranking executive by rising up through the ranks. After all, he started out as an aerodynamics engineer at Boeing in 1965 before being promoted up the corporate hierarchy over the course of decades. As such, Condit can claim a wide range of expertise and experience with Boeing that prepared him well for his eventual leadership role.

9. Was Involved in the Supersonic Transport Program

At one point in time, Condit was involved in Boeing’s Supersonic Transport Program, which was meant to come up with a supersonic plane for civilian use. The creation of such a plane was possible, but there was a serious issue because of the sonic boom, which was one of the main factors that contributed to the cancellation of the program. Nowadays, there is renewed interest in supersonic transport, but it will be interesting to see how the relevant parties overcome the relevant issues, with an excellent example being how supersonic flight for civilian purposes is banned in the United States and beyond.

10. Was Lead Engineer on the High-Speed Configuration For the Boeing 747

Being the lead engineer for a high-speed configuration of the Boeing 747 was just one of the leadership positions that Condit would hold. Furthermore, it should be mentioned that while he went on to hold a number of other engineering leadership positions for Boeing, he eventually branched out into other fields as well. For example, Condit went on to become the vice president of sales and marketing for Boeing in 1984, though by that point in time, he had already accrued a fair amount of experience in management.

12. Became a Director Before He Became the CEO

There are a lot of CEOs who don’t receive the position of Director until after they’ve received the responsibilities of running the corporation’s revenue-earning operations. However, Condit wasn’t one of them. Instead, he was elected the President of Boeing as well as a member of its Board of Directors in 1992, which was well in advance of his eventual promotion to the position of CEO.

In 1996, Condit became the CEO of Boeing. Soon enough, he was elected the Chairman of the Board for Boeing as well, which spoke of enormous trust in his capabilities. After all, the Board of the Directors is responsible for overseeing the CEO and the other executives responsible for running the revenue-earning operations. Regardless, Condit’s election to Chairman of the Board made him the seventh person to hold said position at Boeing.

14. Oversaw a Number of Mergers and Acquisitions

Over the course of Condit’s leadership, he oversaw a number of mergers and acquisitions. For example, there was a merger with McDonnell Douglas, which was once a major defense contractor as well as a major aerospace manufacturer in its own right. Likewise, Boeing picked up both Rockwell Aerospace and Hughes Space & Communications, both of which were companies involved in the same set of sectors.

15. Didn’t Have the Most Successful Tenure

Generally speaking, Condit’s tenure as both the CEO and the Chairman of the Board for Boeing isn’t regarded as the most successful period for the corporation. However, his time wasn’t marred by a single catastrophic incident. Instead, there were a number of problems that served to weaken his position bit by bit until an ethics scandal turned into the proverbial straw that broke the camel’s back.

One of the problems that came up during Condit’s tenure was an accusation that Boeing was using accounting tricks, which winded up costing the corporation $92.5 million in payments to outraged shareholders. Generally speaking, accounting issues are treated in a very serious manner because stakeholders are very reliant on the fairness and faithfulness of financial statements to provide them with information about a corporation’s performance. As such, if they know that there were accounting tricks as well as other shenanigans, that doesn’t just throw off their decision-making in the relevant periods but also poisons them with wholly justified suspicion in future periods.

17. His Personal Life Became an Issue

Speaking of which, Condit’s personal life turned into a serious issue as well because he was fond of what one might call in-house relationships. In short, Condit’s second marriage was to a Boeing secretary. However, when that relationship came to a conclusion, Condit proceeded to date a Boeing receptionist for about six months before she was dismissed when her department was downsized. Supposedly, this result in said individual filing a wrongful termination suit that resulted in a settlement, which wasn’t the kind of thing that endeared executives to stakeholders even in those times.

With that said, what might have been Condit’s biggest problem was his failure to anticipate potential threats, which was particularly painful because he had once been hailed for his status as a visionary of sorts. In short, what happened was that Condit was confident that Airbus wouldn’t launch the A380 program, so much so that he actually stated that he could guarantee Airbus’s failure in the matter to a Boeing salesman. Unfortunately for Condit, the A380 has proven to be a true competitor for the Boeing 747 even though it never even came close to claiming the latter’s crown in its particular niche of the market.

19. Forced Out Because of an Ethics Scandal

Eventually, Condit’s tenure as the head of Boeing came to a conclusion because of an ethics scandal. For those who are curious, a civilian official with the U.S. Air Force named Darleen Druyun favored her future employer Boeing when it came to a contract for mid-air refueling tankers, which was both unethical and outright illegal. Due to the incident, both Druyun and the Boeing CFO went to prison, while Condit was forced to step down.

Condit hasn’t been inactive since his stepping down from the head of Boeing. This can be seen in how he has continue to be involved with various non-profits conducting various activities. One excellent example would be the Boy Scouts of America, for which Condit serves as one of the members of the National Executive Board that governs it.