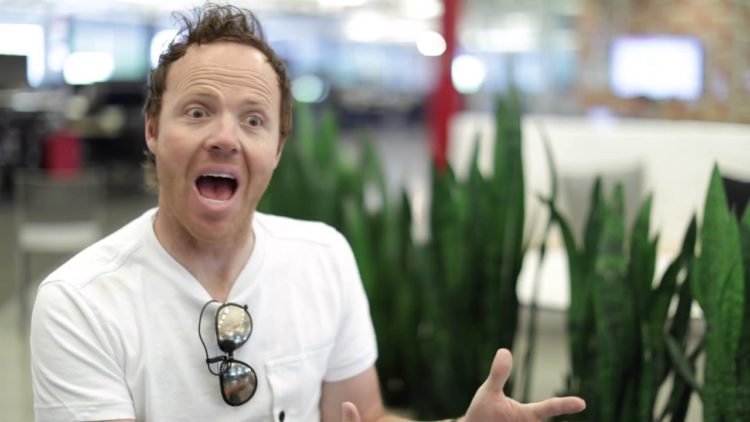 People use the term ‘The American Dream’ so frequently and has, therefore, become a cliché of sorts. However, the term has not lost its meaning for some people. One of the said exceptions is Ryan Smith, the CEO and co-founder of the unicorn firm Qualtrics. The term ‘unicorn’ is a moniker attached to companies that have a valuation of one billion dollars or more. Qualtrics is a leading experience management firm. As the chief executive officer, Ryan Smith oversees the whole executive team of the company, with a specific focus on its go-to-market operations, including marketing, partnerships, and global sales.

The tell-tale story of how a young man and some family members managed to create a billion-dollar company from scratch, without any financial or labor backing, is an inspirational narration that brings the American dream into corporeality. Having the self-drive and determination to conceptualize a firm, bring the firm into fruition, and see to it that the brand becomes a profitable organization, not only for you but also for your customers and consumers is no easy feat. So how did Ryan do it? The only way we can establish this is by trying to understand him and the idiosyncratic philosophies that drive him. So, here are ten things you might not have known about Qualtrics CEO Ryan Smith.

1. From Utah to the world

In 2002, Ryan founded the company in his home town of Provo, Utah. The makings of this cloud computing company aren’t as rosy as you would think. In the summer of 2001, he was working as an intern at Hewlett-Packard. He would cut short his internship with the firm and take a semester off when he learned that his father had been diagnosed with throat cancer.

It was after he had taken a semester off and gone home when he stumbled upon a computer program his father had been working on. The said program would act as the building blocks of the large corporation he would develop, Qualtrics. Remember, this was way back in 2001, and even though the phenomena that gripped the world in its entirety at that time, the dot come bubble, was still in its inception stage, not many individuals could have been developing programs, let alone making a living out of it.

Before the company became what it is today, a lot of time, money and effort was put in not just by Ryan, but also by his father and brother. Bootstrapping is a common occurrence, especially in startups and self-employment business ventures. Rayan put in a lot of capital, both monitory and in the form of labor, way before the brand became profitable. By the time his father was fully recovered, the company already had close to 20 customers, most of them being academia oriented.

Qualtrics prides itself on providing companies, both large and small, with the necessary insight they need concerning their customers. It is only by knowing what the customer needs and expects from you will you be able to make a product or service that meets those expectations. That being said, Qualtrics’ created a firm foundation for itself by identifying the most suitable consumer base for its products. Most of the original customers were from the field of academia, and they helped propel the brand to the heights it has attained today. Ten of its original customers are customers to this day. By especially targeting the field of academia, Qualtrics was able to obtain prospective customers, because the students who used the program in their university days would purchase it when they entered the workforce.

5. Jared and the upper level

Before joining Qualtrics, Ryan’s brother Jared work as a software engineer for the mammoth conglomerate Google. When Ryan started out on his endeavors, he would often phone his brother to discuss and plan on the next step to take. The said advice would help the company grow, but not in a rate akin to when Jared joined the company fulltime. The company’s growth would proliferate seven times over once the brothers began to work in tandem.

With the tremendous strides the company was making by the 2010s, it came as no surprise that large corporates began to invest huge chunks of money in the brand. Sequoia Capital and Accel Partners were the original investors, pumping in around 70 million dollars in 2012 to take the company to the next level. The money would be used to expand the brand, both labor-wise and geographically. In 2019, Qualtrics opened a branch in Dublin, with the number of employees raising from three to fifty. The company has over 8,000 branches all over the world. The capital is also used to invest in creating new products.

To stay at the apogee, dynamism is of paramount importance. Ryan Smith and his company have endeavored to constantly provide their consumers with new and informative technologies, the latest being Voice of the Customer Solution (VOC). This is a program that collects customers’ insights, analyzes them, and creates logical representations of the said information.

Through his endeavors in the technological, management, and corporate world, Ryan has been able to make it onto some of the most exclusive lists in the world. In 2016, he made it onto the Fortune 40 under 40, a list of the most promising CEO and managers in the world. Before that, in 2013, he was listed as one of the most promising CEOs in America, a feature that Forbes also did. He is also a recurring guest lecturer in various distinguished universities, from Stanford University to Harvard Business School.

Ryan is the co-founder of 5 For the Fight, which is a campaign that aims to provide the necessary funding for cancer research. The aim of the campaign is for people to contribute five dollars for the cause.

Away from the corporate man-eat-man society that is business, Ryan is a family man. He is a father of four and married.