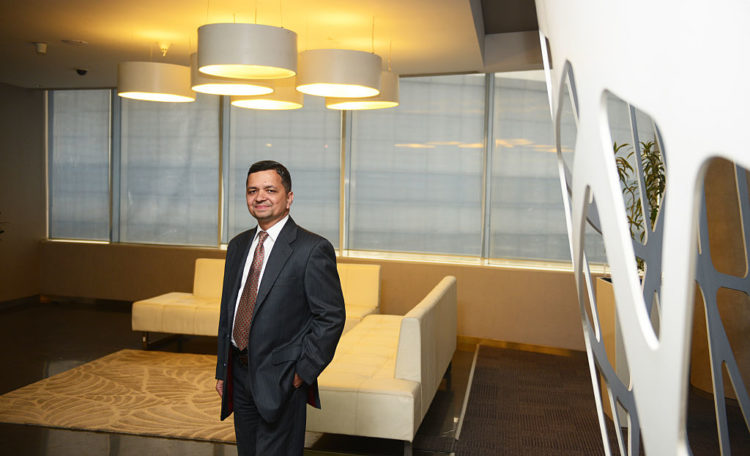 In 2015, Rahul Garg took the bold step of resigning from Google Asia to establish Moglix, a B2B platform. He had a clear vision for the new company after seeing that the manufacturing sector lacked technology, yet there was so much potential in the market. He visualized it as the Alibaba of India. His goal has been realized because the company has joined the unicorn club after raising $120 million to reach a valuation of $1 billion. Below are ten things you probably don’t know about Garg and his business acumen that has propelled him to success.

1. He is Continuously Seeking to Grow as a Leader

Garg has never stopped chasing excellence as a leader. Therefore, even though he has already established his capability, he seeks to continually grow as a leader by spending time reading and reflecting on anything related to business, customers, and the ecosystem. He aims to find solutions to the problems he identifies and learn the cause and effect of the driving factors in the business environment. Additionally, Garg does not limit himself to reading alone; he knows there is a lot to learn from others, thus taps into the experiences of his friends and mentors to facilitate his decision-making.

2. His Definition of a Good Leader

It has been often said that a good leader leads from the back, and Garg shares this opinion. He said that a leader should prioritize the good of the team. His main agenda should be to see his team flourish by unlocking each member’s potential. Unfortunately, most people believe leading from the back takes away their recognition, while others assume it is a sign of laziness as members think the leader does not want to be involved in the task at hand.

3. His Father Has had the Most Significant Impact on His Career

Most people look to celebrities for inspiration, but Garg does not have to look further than his family. His father has been a successful businessman running a large firm in India. Besides operating the prosperous company, Garg’s father has been mentoring many professionals along the way. It is, therefore, no wonder that Garg prides himself on bringing out the best versions of his employees by tapping into their passions.

4. He Believes Hard Work is the Main Ingredient of Success

In his interview with Yo! Success, Garg reiterated his belief in hard work as the primary contributor to success. When asked about the quote that inspires him the most, the entrepreneur did not hesitate to say that the “alternative to hard work is yet to be found.” He added that most people make the mistake of believing in chance and luck, yet passion and hard work have been proven to be the core ingredients in the recipe for success.

5. He Wanted to Be an Astronaut

We all have dreams growing up, and some appear crazy to others, but we still hope we can achieve them, for Garg. He disclosed that he would have become an astronaut had he not ended up in the technology industry. It is probably for the best that he found his calling in technology because the NASA astronaut training program is very competitive. In 2017, of the over 18,300 applicants, only 0.08 % had a chance of being selected.

6. He Makes Decisions When He Has 70% of the Information

Information is power, and its role in decision-making should not be underestimated. According to Computer Notes, information helps us to generate alternatives after defining the problem. The article further explains that you cannot start the decision-making process without information regarding an opportunity or problem. As such, when Garg has to decide, he only needs 70% to kick-start the process.

7. The Best Decision He Has Ever Made

For some people working at Google is their dream job but for Garg, resigning to start his own company was the best decision he has ever made. However, he is grateful for the opportunity to have been Google’s employee. While there, he was the head of Advertising and Strategy at Google Asia, which enabled him to lead various roles in Strategy, AdX Partnerships, and Search for launches of new products across Asia. Garg also understood the workings of technology by collaborating with customers, which facilitated a paradigm shift. Then again, for someone who considers his most outstanding achievement to be operating in a fast-paced environment that needs continuous learning and unlearning, entrepreneurship was the ideal option.

8. He Wishes to Climb Mount Everest

Mount Everest is the highest mountain on Earth, and Garg hopes that he will climb it. The entrepreneur must be a risk-taker given that climbing the mountain is rated as among the most dangerous pursuits; it has a fatality rate of 6.5%, and climbers have to deal with crevices, avalanches, and cracking ice. It is estimated that around 300 climbers have died on the mountain. Thus, we can only pray that when Garg decides to fulfill his ambitious wish, he is successful.

9. He Hopes to Strike a Balance between Patience and Speed

We are advised to know the difference between being patient and wasting our time. Maybe it is for this reason that Garg struggles with being too fast in a world that asks us always to take our time to avoid regrets. The business executive compared himself to The Swift and the Peregrine Falcon because they are the fastest birds in the world. Still, he understands the importance of waiting for the right time and strives to balance his patience and speed.

10. His First Job after Graduation

When Garg talked to Moglix Business, he revealed that his first job was at Ittiam Systems, Bengaluru. It instilled in him all he knows about technology while also helping him know what it means to be a team member. The entrepreneur believes that his experience while working there made him an expert in team-building, hard work, and technology.