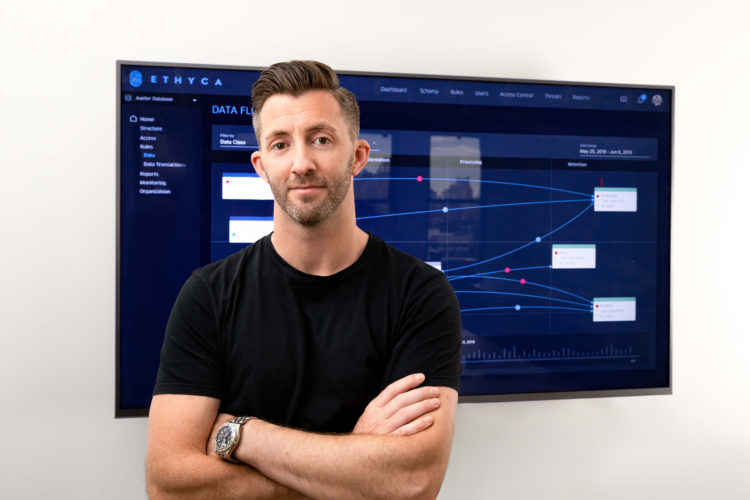 Cillian Kieran is the CEO of Ethyca. For those who are curious, this is a corporation that builds tools that make it easier for interested parties to manage their user privacy. Something that has become a critical concern in recent times. What Are 10 Things You Didn’t Know about Cillian Kieran?

Kieran was born in the Irish capital of Dublin. Like a lot of capitals, it has existed for centuries and centuries. Currently, it is believed that it was once the site of an ecclesiastical settlement called Duiblinn, which was followed by a Norse settlement called Dyflin. Later, Dublin became the center of the English presence in Ireland, thus causing it to become more and more important in Irish matters over the course of centuries.

It is interesting to note that Kieran is multi-lingual. In particular, it is worth mentioning that he is capable of speaking both French and Italian.

For his education, Kieran went to Technological University Dublin, which is exactly what it sounds like in the sense that it specializes in technology as well as related subjects. The school came into existence through the merger of three such institutions – the Dublin Institute of Technology, the Institute of Technology, Blanchardstown, and the Institute of Technology, Tallaght. As a result, while the merger happened in 2019, one can make the argument that it can trace its origins to a much earlier time in the late 19th century. In any case, the Technological University Dublin came into existence because its predecessors wanted to pool their capabilities for the purpose of creating an institution on the same level as other technological universities throughout Europe, which was presumably fueled to a considerable extent by the demand generated by Ireland’s tech industry.

Ethyca isn’t the first time that Kieran has been an entrepreneur. Before it, he founded CKSK and then BrandCommerce, which presumably provided him with a wealth of experience to call upon. Starting a new business comes with a host of risks because they have a much shallower foundation compared to their established counterparts, but there is a wide range of measures that can be used to boost the chances of success. Perhaps unsurprisingly, experienced leadership is one of those things.

5. Acknowledges Lack of Data Governance on the Part of Businesses

Data privacy has become a huge issue in recent times. In Kieran’s case, he has acknowledged that businesses haven’t been very good when it comes to data governance. In short, data governance can be described as an organization’s ability to ensure high data quality as well as implement data controls for the purpose of supporting its objectives. Data privacy is just one of the areas focused upon in data governance. Other areas include but are by no means limited to the availability of data, the usability of data, and data integrity.

Speaking of which, the lack of data governance is the reason that Kieran believes relevant regulation to be necessary. However, he has also acknowledged that such efforts will be challenging, which is very understandable. For starters, data privacy is a complicated issue, meaning that writing a good set of laws on the matter is much easier said than done. On top of that, even if a good set of laws have been implemented, there is still the matter of getting the relevant information out to the affected parties. After all, interested parties aren’t going to be very motivated to learn their rights under the law unless they have a good idea of exactly why data privacy is so important.

7. Decided on a Tech Solution for a Tech Problem

One of the issues that Kieran took to how businesses were handling their data was how they chose to solve their data-related problems. Basically, it is very common for businesses to call in consulting firms to figure out the situation by carrying out audits before providing training to the staff. As Kieran sees it, this isn’t the right way to handle things because just throwing more manpower at a data-related problem isn’t going to help if the processes remain the same. Never mind if the problem is technological in nature. Perhaps unsurprisingly, Ethyca’s product is very much a tech-based solution for a tech-based problem.

8. Says that Privacy Isn’t Viewed the Same Way in Europe and in the United States

There are can be significant differences between the regions that make up the western world. For instance, Kieran has stated that Europe and the United States see privacy in very different ways. Apparently, Europeans view it as a fundamental right, which is something that they share with their counterparts in a wide range of countries in a wide range of other regions. In contrast, while people in the United States are very concerned about government encroachment on privacy, that doesn’t extend to cover other kinds of encroachment from other parties. Still, some parts of the United States are taking privacy more and more seriously, which is reflected in their legislation on the matter.

Currently, such efforts are still being spearheaded by individual states. However, most tech companies would prefer it if there was a single federal law rather than different laws in different states. This makes perfect sense because different laws in different states would make their operations’ compliance with the law much more complicated. Having said that, it seems reasonable to speculate that state laws will influence a hypothetical federal law, so it will be interesting to see what takes shape in that regard in the times to come.

10. Has Stressed that Data Privacy and Data Security Aren’t the Same

It is interesting to note that Kieran has stressed that data privacy and data security aren’t the same thing. There are similarities, but fundamentally, they aren’t aimed at the same problems. Data security is focused on preventing unauthorized access to data. Meanwhile, data privacy is focused on the proper handling of data, which means asking and answering questions such as how it is collected as well as how it is used. One is very technical in nature, whereas the other is just as much a legal issue as it is anything else.