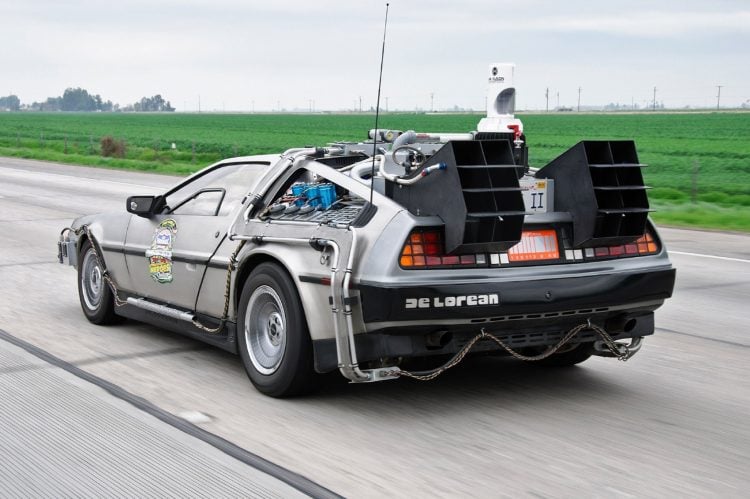 When John DeLorean founded his motor company on October 24, 1975, he created a legendary enterprise that would become a pop culture icon. DeLorean only produced one car — the DMC-12, usually referred to as the DeLorean — but that’s all it needed to do to cement its place in auto making history. The two door gullwing sports car had a fiberglass underbody and chassis, brushed stainless steel exterior, and it featured a modern aesthetic that was perfectly suited for the Back to the Future movie franchise.

The DeLorean was first produced in 1981, but a bankruptcy in 1982 guaranteed that no other models would come after it. In 1995 Stephen Wynne, a mechanic who admired the DeLorean, acquired what remained of the company’s inventory and started his version of the DeLorean Motor Company. It’s currently located in Humble, Texas just outside of Houston, quite far from the original DeLorean’s Detroit roots. The company decided to start selling refurbished DMC-12s in 2007, and now it’s about to do something huge: relaunch the legendary car. DeLorean fans the world over have cheered on the decision, but some have wondered just how this will all pan out.

Here’s what you can expect with the revival of the DeLorean.

1. The modern day DMC-12 will start coming off the production line in spring of 2017. DeLorean Motor Company was aiming for the latter half of 2016, but a bit of governmental red tape got in the way.

2. According to DMC Vice President James Espey, the price for each DeLorean is expected to be about $100,000, depending upon the engine that the company settles on. That’s not bad, considering the fact that DMC currently sells refurbished DMC-12s for $45,000 to $55,000.

3. The red tape mentioned above will affect how many DMC-12s can be produced each year. The federal government, namely the National Highway Traffic Safety Administration and U.S. Environmental Protection Agency, still hasn’t finalized rules relating to the Low Volume Vehicle Manufacturers Act of 2015. This piece of legislation actually made the DeLorean’s revival possible. Under the act, small auto manufacturers are allowed to build a maximum of 325 replicas of cars that started being produced at least 25 years ago.

Everything should be hammered out and set in stone by December of 2016, but DMC has been worried about how slow the rule making process has been thus far. DMC representatives even met with key members of Congress to ensure that delays on the part of the agencies won’t continue to drag out the re-launch of the DeLorean and other classic cars. 4. Some epic collaborations should result from the DeLorean’s relaunch. You may remember how The Hundreds teamed up with DMC back in 2009 to put out graphic tees and hats celebrating the DMC-12. In late 2011, DMC and Nike worked together to release 1,000 pairs of the limited edition DeLorean Dunk shoe. Who knows what companies will come up with to usher in the “new” DMC-12? Maybe it will be jewelry, food truck goodies, more fashion and shoe collections, or commemorative art. Whatever it is, we should all expect the release of DeLorean related gear.

5. One of the changes that has been incorporated into the modern DMC-12 is an improved electrical system. Many think this was a given, as the car would need to meet or exceed the standards of today’s six figure vehicles to justify its price. The newer DeLorean will also have a better chassis.

6. The DMC-12 will have a very limited edition release. Espey has gone on record to say, “We never intend to build more than 50 per year”. During its first year back in production, only one DMC-12 will be made each month. After that, about one car will be produced each week to meet the 50 per year benchmark.
You won’t be able to quickly get your hands on the DMC-12, but at least this won’t be a car that everyone will be seen driving at once. Exclusivity is another factor that helps justify the $100,000 or so price tag. 7. A more powerful engine will be used and DMC aims for twice the power, a lighter weight, and performance that significantly outdoes the original DeLorean. The car was first produced with a Peugeot-Renault-Volvo V6 engine that produced 138 horsepower.

It’s not certain exactly what engine will be put into the new DMC-12, but the search for a high performing one that meets emissions standards and the guidelines set forth in the Low Volume Vehicle Manufacturers Act of 2015 is almost over. The law specifies that only engines currently in production can be used in replicas, and the Chevrolet LS3 is the only one that will meet the stipulation and fit into the DMC-12. DMC is talking with other makers of powerful V6 engines to find an alternative, but at the very least, it’s a sure thing that the engine used will provide a big leap in power. By the end of July 2016, we should all know just which engine was chosen.

8. The DeLorean’s iconic exterior and gullwing design won’t change. Modern day DMC founder and CEO Stephen Wynne has said, “There’s no reason to change the appearance of the car”. Virtually no one disagrees with that statement, and it’s great to know what DMC is wise enough not to mess with brilliance. The original DMC-12’s exterior was designed by Giorgetto Giugiaro — had DMC decided to alter the car’s wedge shape, it would be very difficult to top the classic and please DeLorean fans.

9. Bigger wheels have to be incorporated into the revived DMC-12. The original DeLorean had 14 inch performance tires in the front and 15 inch wheels in the rear, which aren’t possible to get these days. Instead, the newer DMC-12 will have 17 inch front wheels and 18 inch rear wheels. On the plus side, bigger and better tires will enable DMC to put an improved braking system into the DMC-12.

10. Inside is where you’ll see the most changes — this is completely necessary to meet the expectations of today’s car buyers. Vintage Air cooling, updated consumer electronics and in-car entertainment, super comfortable seating that can be heated or cooled, and a host of modern amenities are expected to be incorporated into the DMC-12’s interior design.