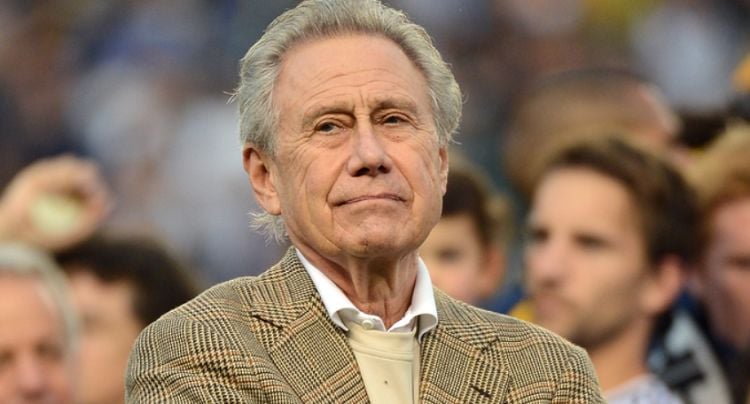 Colorado is a state that is known for its world-class ski resorts and places where the rich and famous jet off to enjoy a little time away from the rat race. It’s not only a popular vacation destination but a place where some of the wealthier people in the United States have chosen to live. There are quite a few rich people who live in Colorado, but have you ever wondered who is the richest? We were interested in finding out and our research yielded some surprising results. We consulted with The Denver Post, Westword, and Patch to determine the top candidates for our list. The collective wealth of these rich residents is in the trillions of dollars in net wealth. Several billionaires are living there, but we trimmed our list to the ten richest people living in Colorado.

Gary Magness is a resident of Denver, Colorado. The billionaire is listed as having a net worth of $1.1 billion which is down .3 billion from 2017. He is the son of Bob Magness who started the TCI cable company that merged with AT&T. He made a fortune of around $50 billion in the merger. Gary is known for his off-road truck racing and has worked with his wife Sarah in movie production. The 66-year-old is listed as one of the ten richest people living in Colorado in 2021.

Mr. Bailey’s net worth has gone up in the last few years. He is age 83 and was ranked as the 1730th richest billionaires in the world for 2020. He earned his fortune by establishing a mutual fund called Janus. He founded the financial fund in 1960 in the city of Denver. It experienced its heyday during the 1980s through the ’90s era, where he made his fortune. He served as the CEO of the company until selling his share in the company in 2004. He retired his post in 2002 and left with a healthy estate of more than a billion. These days he spends his time fly fishing and breeding horses.

Kenneth Tuchman is a resident of Denver. The 60-year-old is reported to be worth $1.3 billion. He was ranked as number 1613 in the richest billionaires’ list for 2020. Mr. Tuchman made his fortune by serving as the CEO of TeleTech, which is one of the largest call center outsourcing companies in the world. He founded the company to deliver a superior customer experience. His knowledge of data and technology was put to good use and it made him incredibly wealthy.

Cargill McMillan is 59 years old. He and his brother William are both worth $1.4 billion. They are heirs to the Cargill ag company, the largest business of its kind in the United States, privately owned. The brothers share the fortune with 12 other heirs to the massive estate.

William is the elder brother of Cargill MacMillan, III. At age 64, he is worth an incredible $1.4 billion as heir to the Cargill empire. He and his brother are both tied for being the number 1717 richest billionaires in the world today.

Pat Stryker is the fifth richest person living in Colorado. The 63-year-old is a resident of Fort Collins, Colorado. Her fortune is not as large as it was in 2020 when she was worth an estimated $3 billion, but she is still in the upper part of the top 10 richest. She is the heiress of the Stryker Corporation which was established by her grandfather. He was the genius surgeon who invented many of the medical devices that are widely used in hospitals and clinics around the world. Stryker is known for her own real estate development and philanthropic ventures.

James Leprino is a resident of Indian Hills, Colorado. He has an estimated net worth of $3.2 billion. As with many, his fortune has fluctuated up and down throughout the past few years. He remains the fourth richest resident of Colorado at the age of 82. Mr. Leprino made his fortune as the largest mozzarella cheese maker in the world. Leprino Foods is the provider for many of the large pizzeria chains including Pizza Hut, Papa John’s, Dominoes, and others. He started in the business after graduating from high school, in 1958, after the closure of his father’s grocery store. He only had $615 to start his business. Since that time Leprino Foods has secured over 50 patents and has emerged as the largest of its kind.

Charles Ergen is a resident of Denver, Colorado. At the age of 67, he is the third richest resident of the state with a net worth of $5.4 billion. This is a considerable drop from the 2017 net worth of $18.4 billion. He is listed as the 304th richest billionaire currently. He made his fortune as the founder of DISH Network. What is even more amazing is that before making his fortune, he sold satellite dishes in the Denver area out of the back of a truck. He was also a pro gambler who got kicked out of Vegas for counting cards.

John Malone had a net worth of $7.6 billion in 2017. Although he’s lost a few billion, the 79-year-old is still the second richest man in Colorado. He is a resident of Elizabeth. He made his fortune by working under Bog Magness as the CEO of TCI cable. He made a big profit when it sold to AT&T, and he became the owner of Liberty Media and he’s also the owner of the Atlanta Braves as well as being involved in Formula 1 racing.

Philip Anshutz is the richest man in Colorado. He is a resident of Denver, Colorado and at the age of 80, he is worth an estimated $11 billion. He was born into a wealthy family, thanks to his father’s oil business and Philip took it a step further. He built an empire that includes entertainment, sports, media, railroads, and of course oil. He is the owner of the Denver Gazette as well as the Colorado Springs Gazette.