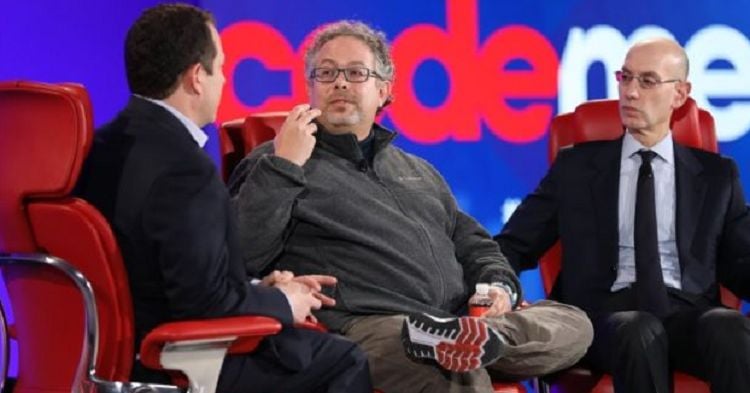 Rony Abovitz is an American entrepreneur who founded two major companies. His expertise is in the manufacturing of technology. He is highly skilled at launching new companies and securing the funding to help get them off the ground. If you’ve not yet heard of him, here are 10 things about Rony Abovitz you didn’t know. You might find these things inspiring if you’re a new entrepreneur looking for tips on succeeding in the business world.

1. He is a first-generation American

Rony’s mother and father Isaac and Itta Abovitz immigrated to the United States from Israel. They settled in Cleveland, Ohio in 1962. Their first child was Rony, born in 1971. He is the oldest of five children and was raised in an Orthodox Jewish family. His mother was an artist and his father worked in real estate.

2. Rony had an interest in technology since he was young

Abovitz developed a passion for the sciences and technology from a young age. He acquired his first computer when he was just 8 years old. He enjoyed playing Atari video games. but he loved working with technology. His family relocated to Hollywood, Florida in 1983 when he was just 12 years old. Rony attended local schools and graduated from Nova High School located in Davie, Florida.

3. He supported himself in college

After Rony graduated from high school he enrolled in courses at the University of Miami. He studied biomedical engineering, first obtaining his bachelor’s degree, then moving on for his master’s degree from the same institution. While he was a student at the college, he worked as a cartoonist to support himself.

The first company that Rony Abovitz founded was Mako Surgical Corp. The business specialized in the manufacture of robotic arms for surgery. Mako created the Robotic Arm Interactive Orthopedic system along with multiple orthopedic implants used in hip and knee arthroplasty. The company acquired more than 300 patents in the US and other countries. It was an award-winning business that made it to the Deloitte’s Technology Fast 500 list for being one of the fastest-growing tech companies for 2011. Mako went public on the NASDAQ stock exchange prior to being purchased by Stryker for $1.62 billion in 2013.

While many new businesses fail early after their launch, Mako became a raging success in the orthopedic surgery technology sphere. It went public in 2011 and attracted multiple investors. The sale of stock shares pushed the business well over the requirements of $1 billion to achieve unicorn status..

Abovitz established the Magic Leap company in 2010, launching it in 2011. This was prior to the sale of Mako, so he had his hands full. For the past 10 years, he has served as the President and CEO of the consumer electronics business that specializes in Augmented Reality technology devices and systems for enterprise, artists, engineers, scientists, and others. Magic Leap is a privately held company that has risen to the status of leader in Cinematic Reality technology.

7. Abovitz founded his first company in 1997

The first business that Rony Abovitz established was Z-Kat, Inc. This was a forerunner of Mako Surgical Corporation. Rony was the co-founder of the business that specialized in robotics. He put his biomedical engineering education to good use. The company remained in existence until 2004 when it spun out to form MAKO. Abovitz served as the CTO of Z-Kat from its beginning until it was absorbed into Mako, Inc.

8. Abovitz is a genius at securing funding

When it comes to making wise business decisions, Abovitz has a proven track record. He took Mako, Inc public at an ideal time when investors were chomping at the bit, and he raised it to the level of unicorn status. His success rate was equally high with Magic Leap. His third business secured funding from investors as a privately held company in the amount of $3 billion. The venture capital raised was quite remarkable.

9. He played his cards close to the vest

The technology of Magic Leap was veiled in secrecy. Abovitz maintained confidentiality when it came to the patents and systems that powered his AR devices, to keep it from falling into the hands of the competition who would have likely spun off an imitation that skirted copyright infringements. This was a part of his business strategy that helped him achieve remarkable levels of success in the two multi-billion dollar companies he established.

10. Rony Abovitz is stepping down from Magic Leap

The announcement came recently that Abovitz is planning to step down as the CEO of Magic Leap. Although the exact date of his departure has not yet been determined, he is handing the reigns over to a new leader in the near future. The company has only released one product that is called the Magic Leap 1 Headset, it has been successful in raising $3 billion in private funding. There are some big changes coming for Magic Leap as it is making a switch from providing consumer technology to an enterprise supplier that will supply companies with its technology instead of individual consumers. In April of 2020, Magic Leap laid off about 1,000 workers and it is assumed that this is a part of its major restructuring as the company shifts its focus and concentrates on a new target clientele. Although Rony will no longer lead the company as CEO, he plans to remain an active part of the company that he established as a member of the Board of Directors. He will be active in providing his input for the strategy and vision of the company, so although he’s turning over leadership, he’s simply taking on a new advisory role. Abovitz views this as the natural progression in the evolution of the still privately held company.

20 Things You Didn’t Know About Ethos 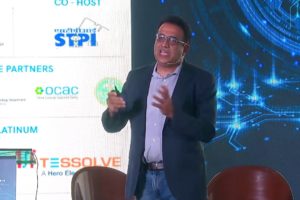 20 Things You Didn’t Know about Flipkart 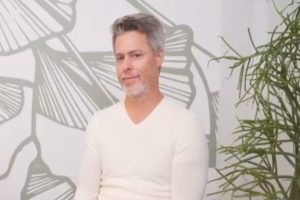 20 Things You Didn’t Know About Vinovest

The 10 Best State Parks in Indiana

10 Reasons to Check Out The Mile High Flea Market

The History and Evolution of the Aston Martin Cygnet

What is an Interference Engine and What is it Used For?

Why Volkswagen Stopped Producing the Passat in the U.S

A Closer Look at the Creux Automatiq Ghost V3 Mono

A Closer Look at the SevenFriday’s P1C/04 Caipi Watch

A Closer Look at the The Doxa Sub 200 Whitepearl

A Closer Look at the Montblanc Summit Lite Smrt

How Cote De Pablo Achieved a Net Worth of $6 Million

How Upchurch Achieved a Net Worth of $4 Million

The 10 Richest People in The Netherlands

How Kelly Osbourne Achieved a Net Worth of $20 Million