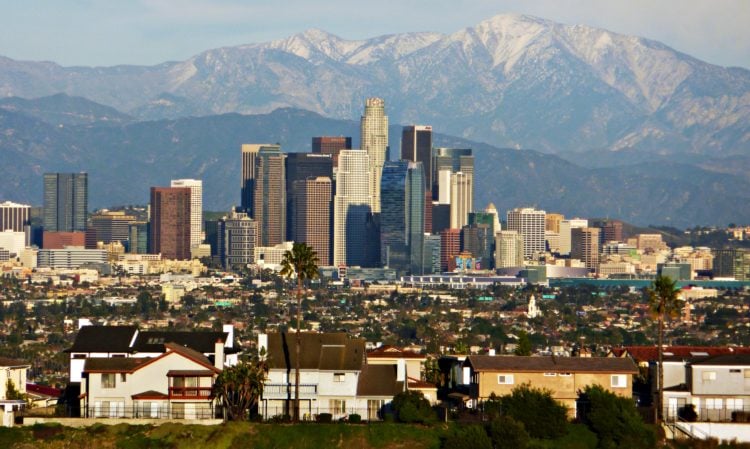 Los Angles might have more than its fair share of celebrities, but not everyone can afford armored cars and bodyguards. For the average LA resident, security and safety are real concerns… which makes choosing the right neighborhood to live a top priority. But which areas, exactly, are the safest? Where can you sleep soundly at night without worrying about intruders? Where can you let your kids play in the street without fearing for their safety? Find out for yourself as we take a look at the ten safest places to live in Los Angeles.

Hidden Hills is a suburb of LA with a population of just 1,634. While we don’t like to make assumptions, it seems fair to say that most of those 1,634 are wealthy. Very, very wealthy. The average single-family home in this little corner of LA commands the staggering value of $2 million… a fortune to me and you, no doubt, but petty cash to the residents, most of whom are drawing a very respectable income of $216,786. As with many stinking-rich places, the crime rate is next to non-existent, with no violent crimes reported in the past year and just a small handful of thefts.

Playa Vista is home to an ever-growing number of tech firms. Facebook, Google, and YouTube have all decided to make this corner of LA County their home, and it’s not hard to see why. Affectionately known as Silicon Beach, the area is a mishmash of the residential, commercial, and retail, with enough facilities to keep all three sectors happy. It also boasts one of the lowest crime rates in the wider LA area.

Drive just 11 miles from downtown LA and you’ll find Pico Rivera, a community with multiple green areas, a golf course, 18 athletic fields, a skate park, and some incredibly active residents. Apparently, all that fresh air and exercise has done wonders for the criminal element: the violent crime rate here is among the lowest in Los Angeles County. Property crime is a little higher, but still significantly below the national average. Live here, and your chances of falling victim to crime are just 4.08 in 100,000.

Glendale is known as one of LA’s best places for wining, dining, and generally having a fine old time. It’s also developed a reputation as one of the city’s safest neighborhoods: despite the scores of people flooding into the area with crammed wallets and shiny cars, not many people seem the least inclined to liberate them of either.

Absolutebailbonds.com has taken a deep dive into the safety levels of Los Angeles County’s residential areas. According to its findings, Bell Gardens isn’t just one of the few places in LA you can indulge in some legal casino gambling, it’s also one of the few places you can wander the streets with your winnings without worrying about being mugged. Your chances of becoming a victim of crime here are just 2.92 in 100,000 – not bad odds, we think you’d agree.

Blueprint has given a big shout out to West Hollywood in its round-up of LA’s safest places to live. It’s not hard to see why. Highly affluent, stuffed with amenities, and packed with some of the best restaurants and boutiques in the city, it’s one of the favorite spots for the rich and famous to unload their cash. Fortunately, very little of that cash is making its way into the wrong hands: the streets are safe, the crime is low, and the living is most definitely easy.

If you’re looking for a safe neighborhood in LA to raise your family, you’ll struggle to find much better than Beverlywood. You will, however, need a very good job to afford to live here: with the average single-family home selling for almost $1.5 million and even rental properties coming it at a staggering $2477 per month, this isn’t the kind of place for people with deep pockets and short arms. If safety is a paramount concern, though, it’s probably worth the expense. The assault rate is just 34.9 per 100,000 residents (compared to a national average of 282.7), while no other violent crimes have been reported in the past year.

For those who enjoy the simple life, Mar Vista is a supremely attractive destination. A popular residential area for families, it’s packed with libraries, parks, farmer’s markets, and some outstanding local schools. Better yet, the crime rate is so low, it barely figures on reports. If you’re attracted to the idea of a low key lifestyle where your kids are safe to play in the streets, this could well be your ideal match.

Marina Del Rey is an upmarket little waterside community that’s home to the kind of creatives that prefer to worry more about their art than their safety. Fortunately, they’re privileged enough to do just that: both the violent and property crime rates are among the lowest in the city, giving the place a wholesome, peaceful vibe that no doubt explains its massive desirability.

Rolling Hills has been named by Niche as the number one best suburb for raising a family in California. It’s not hard to see why. With a population of just 1,630, this little suburb of LA may be small on people, but it’s big on first-class schools, great job opportunities, and superb local amenities. The one thing it doesn’t do on a big scale is crime (although that’s probably not much of a surprise, considering it’s a gated community). Over the past year, there have been no reports of violent crime at all. Property crime is a little higher, but with only 53.1 burglaries per 100k residents (compared to a national average of 500.1), 212 thefts per 100k residents (compared to a national average of 2,042.8), and 0 motor vehicle thefts (compared to a national average of 284), the figures aren’t exactly concerning.