Home
Travel
Food & Drink
Why Is Saffron So Expensive? Here’s the Reason
Prev Article Next Article 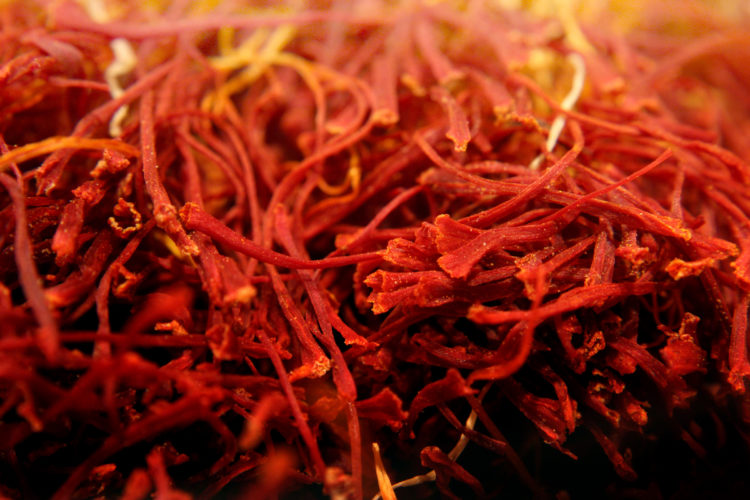 For those of the less sophisticated classes, saffron is a spice – the world’s most expensive spice. The current going rate tops out at about $3,800 per American pound. Consider that the current price of gold is hovering around $1,500 per pound and you begin to get a sense of how much people are paying to add saffron to their recipes. There is no known black market for saffron as far as we know, but it wouldn’t be surprising if that were a reality.

For those who prefer the metric metric, there are 453 (and a pinch more) grams to every American pound. So the math is $8.39 per gram of saffron. That is the cost of several high quality chocolate bars, something not to be taken lightly. Saffron is a spice, which means it is a plant, which means that it has to be grown, cultivated, and uprooted at precisely the right time for it to have any value at all. The history reflects that it was first mentioned some 1500 years ago in an Assyrian text that was discussing botanical findings. This goes to show you that science may discover things, but it is the cooks and chefs of the world (domestic and otherwise) who practically apply what we know. Though native to Greece, it is Iran that produces the lion’s share of the spice, accounting for 93% of the world’s supply.

If that fact doesn’t seem fair to you for reasons other than political (though everything is political these days) you should understand why this is so. As a matter of botany, saffron is the stigma of the blue flowering crocus, Crocus sativus, which is a botanical classification. A stigma here is not a bad thing, just the scientific way of defining the top part of the pistil of a flower, which just so happens to be the female reproductive part of a flower. It’s hard to make these things up. Between 200 and 500 individual stigmas are required to make a single gram of saffron. Obviously, this requires a significant amount of arable land to grow a single pound of the spice. As it was mentioned earlier, the plant is native to Greece, but Greece is only 50,000 or so square miles in size, while Iran is more than 630,000 square miles in size. To complicate matters, the number of stigmas per flower is a measly three. The good news is that it doesn’t take but a pinch of saffron to enhance the flavor of a dish.

A large number of reasons, significant and insignificant, can be cited for the high price of the plant, but there are three reasons that stand out above the rest. One is the harvesting of the stigma. It has to be handpicked – no modern machinery allowed. That translates into many people and considerable cost, even at minimum wage. (It is doubtful Iran has minimum wage laws.) People who have experienced handpicking large areas of land can understand this better than most of us. A second reason is the weather. It’s not certain whether climate change has affected the price of saffron, but it thrives in extreme temperatures on either end of the temperature scale. Its ideal climate is just as extreme as its price.

Finally, there is the issue of quality. Take it from those who are experts in the field, not all saffron is created equal. Flowers that create long, deep threads are the most flavorful. So when going shopping and being willing to pay upwards of $3,800 per pound you need to know your stuff. Further research into this particular aspect of saffron is highly recommended.

Of course, the market forces of supply and demand also influence the bottom line price to the consumer. It’s not likely Iran would hold the world’s supply of saffron hostage (?) since it’s not actual physical gold metal (but may carry a similar sentiment among the cooking community). Yet from another perspective there can only be so much saffron grown every year. The restrictive climate demands cannot be found just anywhere, and then you have to factor in the necessary labor force to plant, grow, and harvest it. One question that can be asked is whether there will be another spice that will supplant saffron as the preferred spice for recipes. After all, not every rare thing for consumption is in demand. And it’s not as Iran is making scads of money from exporting the spice. On average, the country makes a pittance from the exports of saffron – $170 million a year. Doing the math, the total production and sale of saffron is just under 45,000 pounds presuming all the saffron sold is top quality. (It isn’t.)

The reality is that unless countries that produce and sell saffron can do so under slave labor conditions, the price of the highest quality saffron will never go down. Even factoring in supply and demand, there is a base price that cannot go down. Technology might arrive at a solution in the future, but not being saffron picking experts we cannot say whether it is even possible. As noted earlier, the effects of climate change have not been current seen affecting the world’s production of saffron. But even with larger areas of the planet experiencing extreme temperatures, there is no guarantee that a country’s economy will have much interest in growing saffron to supplement its national income. If you are a saffron lover, you are very likely just going to have to accept its price and use it wisely in your recipes. One piece of good news is that a little goes a long way, so it’s not like you are going to use it like salt or pepper. The concept of “a pinch” goes a long way when adding saffron to your favorite recipes.