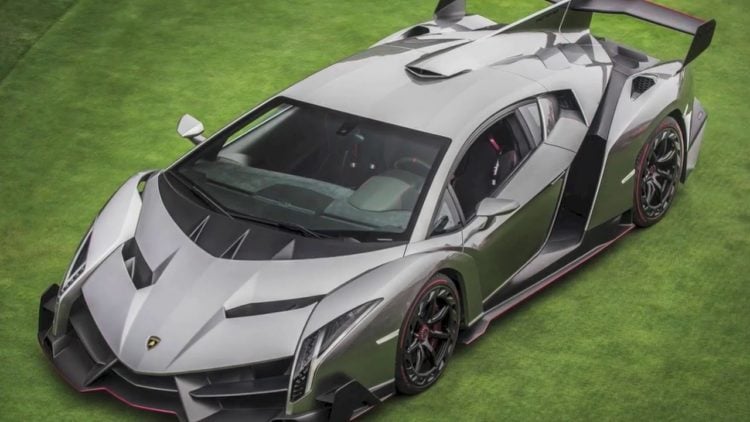 One mans junk is another mans treasure. However, among the list of the twenty most expensive things on the planet (which we’ve already covered but this list is to reflect those that are the most expensive as of 2019), are a wide variety of things including property, furniture, spices and even feathers.    You’d be surprised what some people will pony up to pay for some life’s simplest items. Then again, some aren’t so simple. 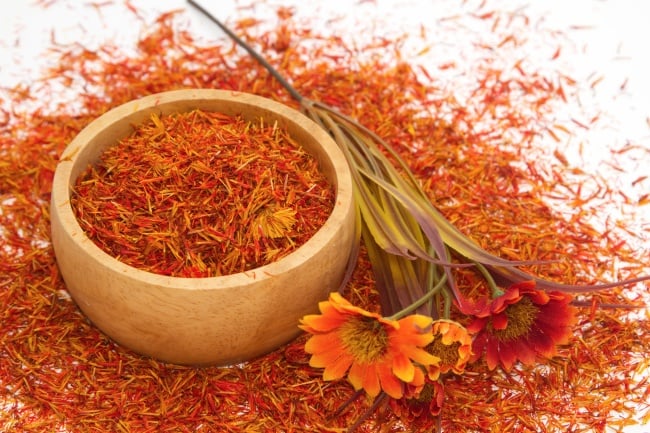 If you love cooking and particularly like to add a little spice to your dishes, then you might have some saffron in your pantry. Saffron is the worlds most expensive spice goes for a whopping $11 per gram. Business Insider explains that saffron is so expensive because harvesting it is so labor intensive. This great tasting herb with tremendous health benefits is so very expensive to purchase, because the process involved in making the herb edible is extremely time consuming. There is no other spice which can compare with saffron and no ingredient can be used as a substitute. This is why many people, both rich and poor are willing to invest in saffron to enjoy its benefits. Wonderoplis explains that whilst huia feathers represent friendship and respect, the huiafeathers are so expensive because the animal has been extinct for over a hundred years. Since the Huia bird is now extinct, these feathers are very difficult to find. Plumage from the were traidtionally used to decorate Maori chiefs. These are considered to be the most valuable feathers on the planet, and the most recent sale of a Huia Bird Feather took place at an auction in New Zealand. 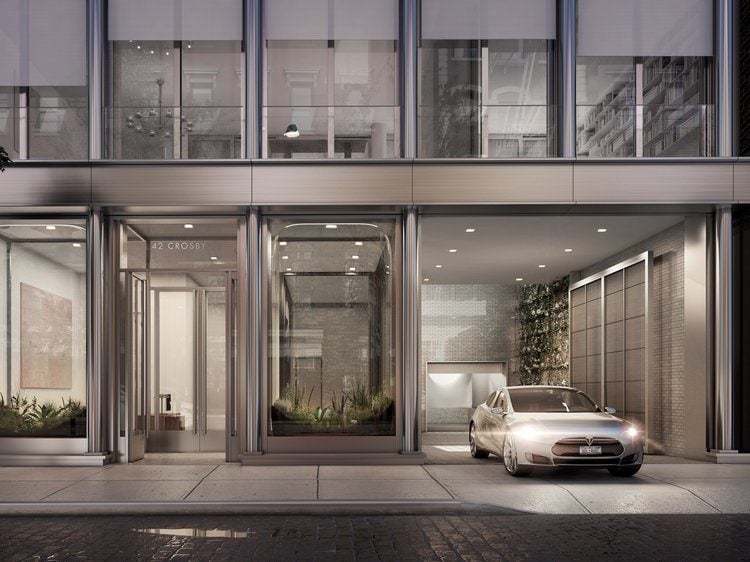 It’s been reported that at least two condo developments in New York City were charging $1 million for parking places to park a single car.  This is no less than six times the price of the average American home. Those living in Manhattan are well aware that every inch of ground in the city comes with an astronomical price tag. Drivers in New York City will be envious of such a space and those who could afford to pay the price might even regard it as a bargain.

This Magnetic bed floats 1.2 feet above ground, and can hold up to 2000 pounds. This amazing feat is accomplished through the use of a magnetic system which keeps the bed suspended. It’s mind boggling that the tech used can support a full ton of weight without caving in. The owner of this bed can truly say that they have something completely unique. The bed consists of one giant rectangular magnet and Techspot explained that Janjaap Ruijssenaars took a total of seven years to develop the bed. The bezel is handmade from platinum with 130 individual .75 flawless diamonds which total 97.5ct.Also set are 4 pink baguette diamonds each weighing 2.5 carats. This is certainly not just any old cell phone. This Stuart Hughes cell phone isn’t one that you’ll want to loses or smash the screen of, given its price tag of nearly three million dollars. The Stuart Hughes website describes the beautiful phone as having a bezel which is handmade from platinum encrusted with 130 individual .75 diamonds. It is also set with 4 rare pink baguette diamonds each weighing 2.5cts. 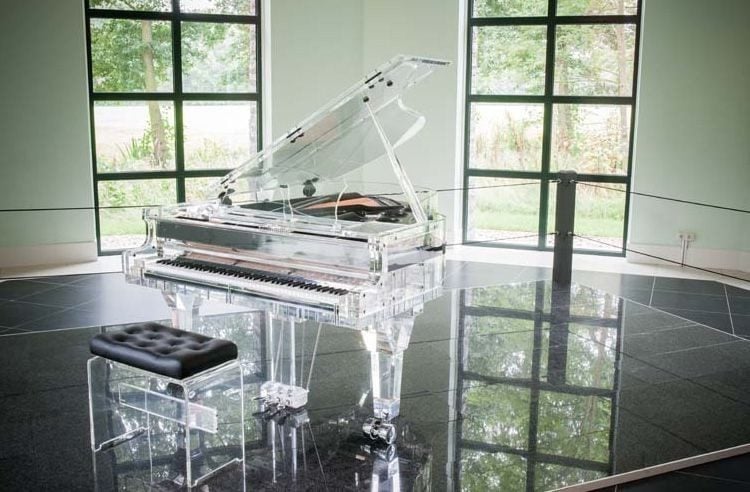 The most expensive piano in the Universe is the Heintzman piano which was created entirely from crystal, one of the most expensive instruments in the world. The unique and beautiful instrument is not just eye candy, although it certainly is a beautiful sight to behold. This is a fully playable musical instrument. The majestic instrument was sold for a breathtaking $3.2 million. Online Pianist reported that the piano was first introduced to the world during the opening ceremony of the 2008 Beijing Olympic Games, when it played to a global audience of almost a billion people. Rhein II is a photograph of visual artist Andreas Gursky in 1999, and at £4.3 million is the most expensive photograph ever sold. This image is a vibrant and beautiful contemporary twist on Germany’s famed genre, the romantic landscape. This photograph truly is a celebration of man’s relationship with nature. The simplicity of Gursky’s image shows a great deal of confidence in its effectiveness and potential for creating atmospheric, hyper-real scenarios that in turn teach us to see – and read – the world around us anew. This escalates photography into the highest of art forms, amongst oil paintings and watercolors. The Telegraph celebrates the scale, attention to color form of Gursky’s photography that are in evidence in Rhein II, highlighting the exceptional talent and artistry of Gursky. Flo Rida proved that you don’t need to be rich to own a Gold-plated Bugatti Veyron. The Daily Mail reported that Flo Rida purchased the vehicle whilst facing financial ruin and the loss of his home.  The rapper Goulding resist the vehicle which goes from 0-100 in 2.8 seconds, resembling a ghost at that speed. After purchasing the Bugatti, Flo Rida had the gold plating added. It was this gold plating that made it a one of a kind collector’s item worth a cool ten million dollars. 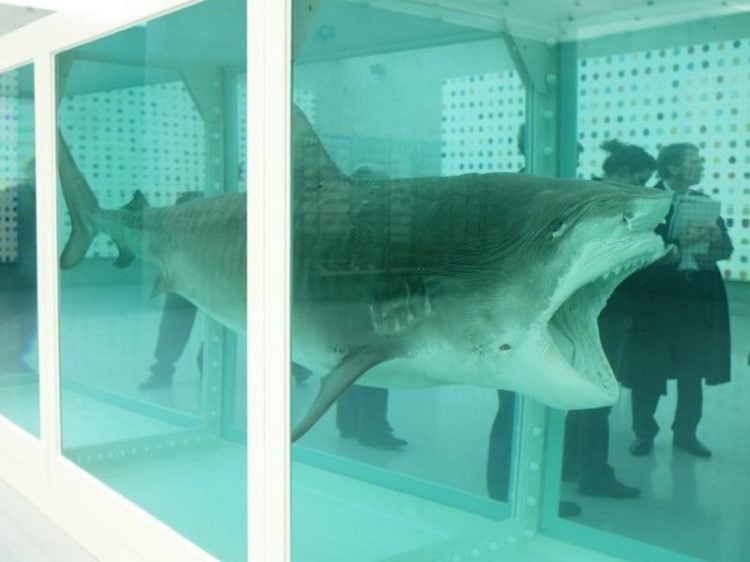 The dead shark is an art-piece which is nothing more than a stuffed tiger shark in a tank full of formaldehyde. NY Post attribute the sharks high price tag to branding and the fact that it was commissioned by Charles Saatchi.  The piece is actually a 1991 creation by Damien Hirst. It is officially called “The Physical Impossibility of Death in the Mind of Someone Living” and is the kind of item that could certainly cause nightmares. Hirst used the carcass of a tiger shark, preserved in formaldehyde to create this terrifying image. The current owner of the 12 million dollar “Dead Shark” is a hedge fund manager who wished to remain anonymous. Insure.com commanded one of the highest selling prices for an Internet domain when it sold for sixteen million dollars. The domain name ‘Insure.com’ is listed in thee Guinness Book of Records for being the most expensive domain name that has ever been sold. Techcrunch reported that Quinstreet, the marketing company, is the current owner of the domain name. Watch collectors are always on the lookout for unique, rare and valuable pieces. This rare example is a timepiece that was created by the Chopard watchmakers. It includes 874 diamonds, a total of 201 carats of the precious gemstones, making it an incredibly rare and very expensive timepiece.  As well as 874 small diamonds, the watch consists of three large exquisite heart-shaped fancy diamonds, a pink diamond weighing 15 carats, a blue diamond weighing 12 carats and a dazzling white diamond weighing 11 carats. 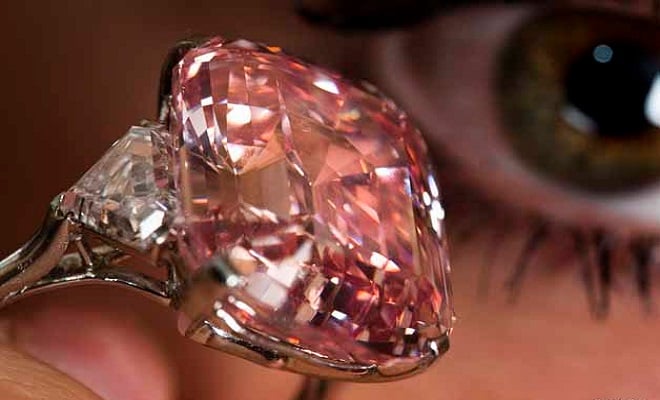 The Graff Pink Diamond is one of the most unique and magnificent gemstone examples. Naturally Colored describes the Graff diamond as a natural marvel that will be cherished for centuries to come.  The gorgeous gem, which is one of the rarest diamonds in the world, was purchased by Laurence Graff at a Sotheby’s auction for the staggering price tag of $46 million. Bloomberg reported that the 1963 Ferrari which had once belonged to Paul Pappalardo was bought by an anonymous buyer for the grand sum of $52 million. The vintage Italian sports car was made more than 55 years ago, but it’s value has continued to appreciate with the passage of time. This is the most expensive car in the world. The necklace which is valued at $55 million is officially named L’Incomparable Diamond Necklace. It is made up of a near flawless 407.48 carat white diamond suspended from a rose gold setting that is studded with 90 white diamonds weighing nearly 230 carats. The spectacular diamond which acts as the centerpiece of the necklace was first discovered in the Congo by a girl in the Congo over three decades ago. Reuters reported that the necklace reflects Asia’s growing appetite for precious gems and expensive baubles. Made by the genius Pablo Picasso in 1905, the painting is that of Parisian boy holding a pipe. Picasso painted Garçon a la pipe in 1905 when he was just 24 years old. It is said to be one of the most important early works by the artist ever to appear on the market, and was previously the star item in the art collection of the late Mr and Mrs John Hay Whitney. Revolve reported that many art critics were disgruntled by the painting’s high sale price which they felt was much more to do with the artist’s name than with the merit or historical importance of the painting. The Villa Leopolda forms part of a sprawling estate is located in Villefranche-sur-Mer. It has been used as a hospital in World War II, and has since been transformed into one of the most beautiful estates on the French Riviera. The villa is thought to be the second most expensive home on this planet, which also served as a WW II hospital. Tell Me Nothing reported that the home has had several notable owners including Gianni and Marella Agnelli, Izaak and Dorothy J. Killam, and, most recently Edmond and Lily Safra. Owned by Indian billionaire Mukesh Ambani, this 34-storey mammoth of a home is designed to survive an earthquake of magnitude 8.0 and contains 3 helipads along with a parking space enough for 160 cars. Antilia is no ordinary building, for a start, its valued at roughly two billion dollars. It’s no ordinary building though. It is actually a 34 story home which has been constructed to hold up in an earthquake. The home has three separate helipads for air traffic and transportation of the family who lives there as well as accommodating the arrival of very special guests. The garage in the home holds up to 160 cars. So, the owner will be able to invite all of their friends round for a party. Property Investment Project reports that Antilia, which is named after a mythical island is owned by India’s richest man, Mukesh Ambani. The magnificent Yacht is plated with 100,000 kg of gold and platinum, and has other extravagances like wine glasses made out of an 18-carat diamond. This is amongst the most expensive floating palaces in thee world, crafted our of platinum and solid gold. Stuart Hughes website boasts that the Yacht even has a wall feature which has been made from meteoric stone , with genuine Dinosaur bone shaved in from the raptor T-REX. Amazing. So there we have it, the twenty most expensive items in the world. Who would have thought that the top spot would be taken by a yacht?