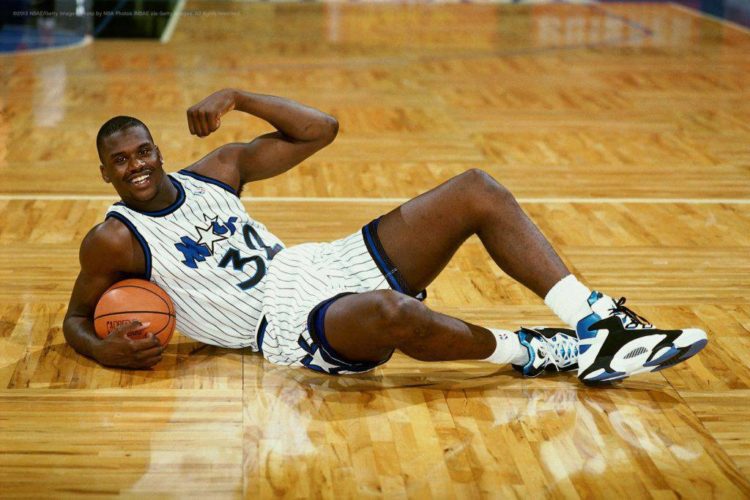 Shaquille O’Neal had a hugely successfully career playing professional basketball for 19 years, and even before retiring he made a name for himself as a media personality and commentator. However, after Shaq stepped off the court something incredible happened: he became a consummate businessman with a number of exciting, very profitable ventures.

During Shaquille O’Neal’s long playing career, he earned an estimated $292,198,327 — that’s a ton of money. What’s amazing is that with the way his investments and business ideas have performed, he stands to make more with his ventures than he did playing in the NBA. Today, Shaquille O’Neal is worth over $350 million, and the number only climbs higher each year as his business portfolio grows and reaches new heights of success.

O’Neal has been sticking his hands into various pots and reaping millions for a while now, but few people have any idea just how far his entrepreneurship goes. He’s never stepped completely out of the media spotlight, but he’s chosen to play it very smart with his investments and he doesn’t flaunt what he’s up to. Shaq simply assesses a business idea’s potential, creates a plan, and then makes it happen.

Here are just a few business arenas where Shaquille O’Neal has won big. Many people know that Shaquille O’Neal owns Five Guys franchises, but did you know that the man owns 155 locations? In fact, Shaq is the owner of more than 10 percent of the company’s franchises — that’s a lot of burgers and fries and a ton of annual profit. Another fast food franchise that Shaq has heavily invested in is Auntie Anne’s. He owns 17 of the pretzel-producing stands across the nation.

In addition to being a successful restaurant franchisee, a significant portion of the more than $20 million that Shaq makes each year from endorsement deals revolve around food. Fruity Pebbles, Muscle Milk, Vitamin Water, and AriZona Cream Soda are just a few of the food companies and brands that have helped him rake in good money. The latter is a line of all natural sodas that bear Shaq’s image and are the result of a collaboration between him and beverage company AriZona.

One interesting fact about Shaq’s food investments and endorsements is that he only chooses businesses with products that he actually uses. He’s turned down a number of high profile opportunities, including from Wheaties and Starbucks, because he simply doesn’t eat those particular products and wants his business dealings to be authentic.

Of all the things that people know Shaquille O’Neal for, it’s sports. He’s an amazing athlete and you can’t help but respect what he was able to accomplish in terms of producing wins. Being so closely tied to the world of athletics, it’s no surprise that Shaq owns many gyms. To be exact, he owns 40 24 Hour Fitness locations. However, his gyms aren’t your ordinary 24 Hour Fitness setup. Shaquille O’Neal put his personal touch on all of the details and it’s truly a reflection of his commitment to fitness and living an active lifestyle. Picking such a well-known, successful brand to invest in was a very smart move, and Shaquille O’Neal makes a nice sum of money from his gyms each year.

Shaquille O’Neal is a very smart man — you don’t earn a doctorate without some wisdom behind you. While it’s not certain just how he got in as a Google investor before the company went public, he did it. As anyone can plainly see, this was definitely the right business move to make. Just think about this: before Google went public in 2004, the company’s stock traded at $85 per share. Now, one share of Google stock costs well over $700.

Google isn’t the only company in Shaq’s stock portfolio, he regularly trades penny stocks for fun and has other significant investments. In the tech arena, Shaquille O’Neal has also invested in Loyal3, a San Francisco startup that revolves around giving individuals IPO access. Investing in real estate has been highly profitable for many athletes, with some earning tens of millions per year from their ventures. Add Shaq to that list, as he has stakes in both residential and commercial properties. In 2006, the former basketball star created The O’Neal Group, which has an impressive portfolio. The first project that Shaq invested in through this venture was The Met Miami, which is a residential high rise that has more than 1,000 units.

In Las Vegas, he’s part owner of nightclubs — Shaq does like a good party, and apparently he’s mastered how to mix business with pleasure. Shaquille O’Neal has also invested in Newark, New Jersey properties including CityPlex12, a theater that O’Neal bought and renovated and is now very profitable. Being that he’s proudly from there, it makes sense that Shaq would give back to his home town.

Shaquille O’Neal is regularly approached by individuals and companies with various endorsement and business proposals, most of which he turns down. However, the latest company to get a “yes” from Shaq is The General auto insurance company, which currently sells insurance in 44 U.S. states. You may have seen the commercials featuring the company’s quirky mascot, and it will be interesting to see how Shaq fits in as The General’s new spokesman.

Shaquille O’Neal’s ties to the company go back decades. When he was in college at Louisiana State University, Shaq insured his Ford Bronco through The General. He was happy with the service back then and appreciated how a company representative helped him figure out which coverage was best for his needs. Not knowing anything about buying auto insurance, it was a lesson that he took with him. Today, Shaquille O’Neal is a still a customer of The General, and it seems everything has come full circle.

Shaq’s personality is larger than life, and every business venture that he gets involved in reflects his one of a kind style — this newest one will be no exception. In addition to his latest foray into auto insurance, Shaquille O’Neal owns 150 car washes. With his ambitious investments, there’s no telling what Shaq will touch and turn to gold next.

*As of 2019 Shaq’s net worth stands at $400 million and he doesn’t appear to be slowing down any time soon.