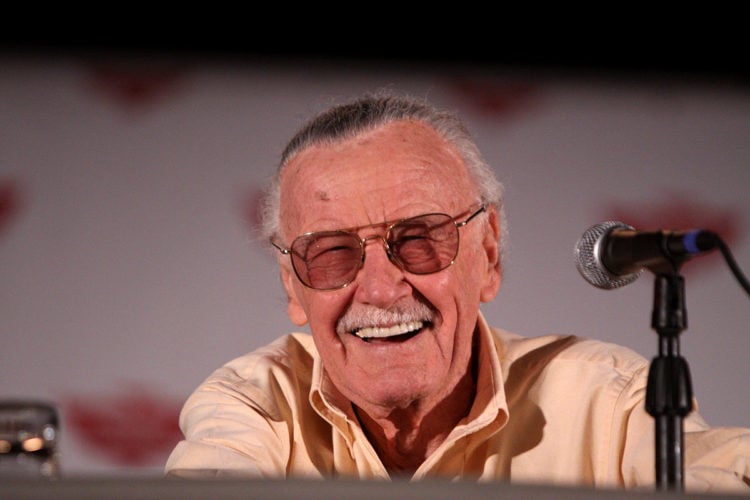 Stan Lee has become a household name, having made a big impact on the world through his significant contributions to the comics industry through the years. His net worth is currently estimated to stand at $50 million. Not all comic artists have been able to amass such tremendous wealth through their careers and there are many Stan Lee fans who would like to know how he was able to become so rich from his career. We did our research and discovered how Stan Lee achieved a net worth off $50 million.

Stan Lee began his career in the business as an office assistant at Timely Comics in 1939. This is the company that later evolved into Marvel Comics. Lee’s career would also advance through his long stint with the company, and he eventually became a publisher. He’s come a long way since the early days.

The beginning of his success

Lee teamed up with Jack Kirby in the 1960s and the pair created several of the comics that we’ve enjoyed through the decades. He’s responsible, at least in part, for the development of The Hulk, The Fantastic Four, Doctor Strange, Spider Man, The Silver Surfer, Captain America, Thor, The X-Men, Daredevil, and many others. This is an impressive portfolio and when you stop to think about the rampant success that each of these comic creations has experienced throughout a span of several years, the royalties alone would bring in a mind-boggling figure.

It was during the 1970s that Stan Lee was exalted to the position of editorial director and publisher. He relocated to California in the early 1980s just so he could serve as the overseer of the creation of Marvel’s television and movie operations, which have also enjoyed remarkable success. It was at this time that Marvel Comics also promoted him as president and chairman of the company. This remarkable artist had served Marvel for 65 years. It was through his dedication to the development of this highly marketable niche in the entertainment industry, that Marvel has become the corporate giant that it is today. It is one of the largest publishing and multimedia corporations in the world today.

Stan Lee was born in New York in 1922 and since 1939 has been involved in the comics industry. While this is where he has built the bulk of his amazing wealth, he’s also done other things that have enhanced his bank account. In 2012, he served as co’writer of “Romeo and Juliet: The War” which turned out to be a best selling graphic novel of the New York Times. In the same year, Lee launched his YouTube “Stan Lee’s World of Heroes” channel. He’s an internet sensation on top of everything else.

Stan Lee has also made cameo appearances on several popular television series, and his presence instantly upped ratings whenever he dropped in to say hi. “The Big Bang Theory” is just one example. His name is constantly dropped on the show and Stan has made cameos on the series. In addition to this, Lee has also made cameos in each of Marvel’s live action movies. You only see him for a few seconds in each, but if you are watching intently, you’ll see him.

Stan Lee is revered by comic fans throughout the world

Although Lee has yet to reach the level of wealth of the Star Wars genius George Lucas, He’s still doing well. He has become a well known figure in the comic industry and is revered by many for his talent and the contributions that he has made to the development of some of our favorite action heroes. He was inducted into the Will Eisner Award Hall of Fame in 1994, and in 1995, into the Jack Kirby Hall of Fame. In addition to this, multiple awards and recognition have been bestowed upon him. He got his own star in 2011 on the Hollywood Walk of Fame, and in the same year, he was honored by President George W. Bush with the National Medal of Arts. In 2008, he received awards from the Burbank International Children’s Festival, the Savannah Film and Video Festival, PGA Awards and from the Academy of Science Fiction. In 2010 he established the Stan Lee Foundation for the purpose of promoting education, literacy and the arts.