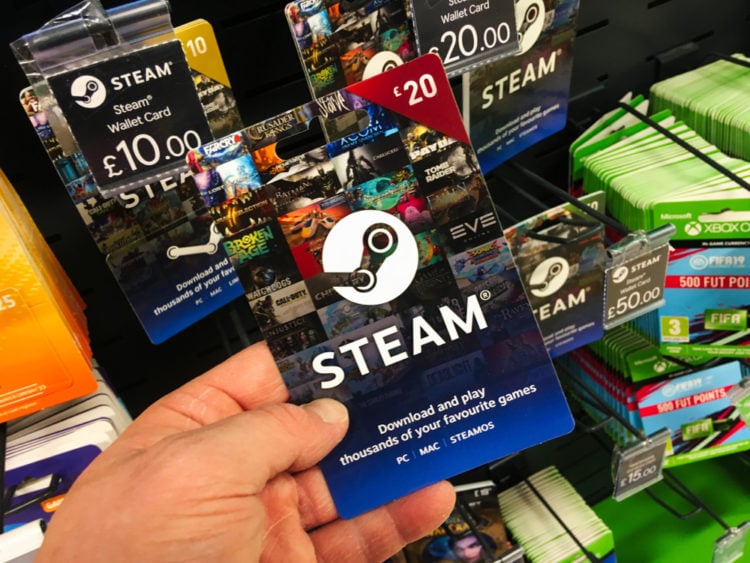 The success of each company depends on the corporate culture embedded within the organization, and for Steam to be where it is today, we have also to pay tribute to Valve. In 2013, Gabe Newell, one of the co-founders of Valve, said that they maximized productivity by ensuring that it was a flat organization such that there were no titles. Even employees are allowed to design their own offices in a way that optimizes efficiency. Steam, on the other hand, has scaled the heights of the gaming industry because it has an excellent customer support service that has enabled the gaming platform to create brand loyalty. You might have become an avid gamer on Steam but do you even know the story behind its development and the Steam logo that you usually spot on the website? Below are details of how the platform was created and the changes it has undergone over the years.

The Founding of Valve

Gabe Newell fell in love with video games from the first time he played one while in high school. Although he said he could hardly call it a video game, it was “Star Trek” on a Burroughs mainframe. He played with his brother, and each move would take ten minutes because they had to play by typing out a move in a punch card machine then put it in the punch card reader and wait for the printer output. Despite the delay, Gabe was hooked.

He had to pursue his studies, so Gabe attended Harvard University, but like most billionaires we know today, he dropped out in 1983 and got a job at Microsoft. There, he helped develop three versions of Windows, but he was still hoping to one day found his own company. The idea lingered in his mind for 13 years until he quit his job at Microsoft to follow his dream. Even then, the only motivation he had was Michael Abrash’s decision to also venture in business after resigning from Microsoft to work at id Software in developing Quake.

Gabe also was impressed by how id Software, a 12-person company, was outdoing Microsoft, the largest software company worldwide, in distribution. According to Polygon, despite Microsoft’s Window being in 30 million homes, id Software’s Doom was still outperforming it. To Gabe, the disparity in distribution figures between the two software companies did not make sense. Therefore when he and Mike Harrington co-founded Valve, they were determined to have a direct consumer input to avoid poor distribution and non productivity. With that ambition, Valve was founded in 1996.

Getting Valve off the ground took a while because Gabe wanted to hire the most expensive talent in the world, and based it on the productivity of employees. As a result, both he and Mike met with prospective employees to pitch the company’s idea to them, but most were not interested. Luckily, Michael Abrash and John Carmack believed in them. Soon they hired creative programmers and created a science-fiction themed first-person shooter in the game “Half-Life.” Unfortunately, it was not easy to launch it because they could not get a publisher, but Sierra On-Line had faith in Valve; hence “Half-Life” was released in 1998. It sold millions of copies and continued on the path of success for years, going ahead to acquire TF Software PTY in 1998.

Gabe and Mike went their separate ways in 2000 when Mike left the company hence Gabe renamed the company by getting rid of “LLC” to have Valve Corporation. It was also time to take on more risks because as he explained to Washington Post when the company started, it was only doing single-player video games. Although “Half-Life” and its sequels were enough to push the company to massive prosperity, Gabe decided to introduce a multi-player video game. Consequently, in March 2002, Valve announced the birth of Steam, despite some of Valve’s employees believing that the new video game was a bad idea.

Evolution of Steam and Its Logo

Steam has not undergone many changes in its logo, as is seen on Fandom. In 2002, the logo had a black and white theme with the word “STEAM” beside the image. That logo remained until August 2014 when they made a new icon changing the main colors to white and blue. However, the refreshed logo did not appear on the company’s website until 2016; in 2018, it also started being used as a favicon.

PC Gamer detailed the evolution of Steam from 2003 when many gamers were not impressed with the game. They viewed it as a threat to gaming because not only did gamers need to have a stable internet connection, the user demand was too high, and gamers would be locked out of games they had bought. Those who preferred playing offline had a challenge and players could only access Valve games. Additionally, they experienced slow download speeds but in 2004 things started looking up for Steam when Valve announced that for anyone to access any future games, then they would also have to play Steam.

Thus in 2005, Valve introduced its first non-Valve games on Steam after striking deals with third at publishers to diversify the games. By 2006, gamers had access to more than 100 games facilitating Steam to become an ideal store for any player. Improvements were made such that by 2009, gamers on the platform could chat with those on Steam’s community networking groups. Players even had the feature that enabled them to store games.

In 2014, it changed from being a platform offering games to one that provides services. Currently, Steam has a non-game software section, and its video streaming service might overtake other giants like Twitch in the industry. Therefore, it is no wonder that Games Radar describes Steam as Valve’s most outstanding asset since it has a large share in the PC market and is bound to grow with time. The fact that it offers a lot to the gamer besides gaming is all in line with Gabe’s vision. In 2013 he said the future of Steam’s marketplace was to ensure goods were in a player’s permanent collection and can be transferred between titles and he that dream has come to fruition.