Home
Entertainment
How Much is the Sonic the Hedgehog Video Game Franchise Worth? 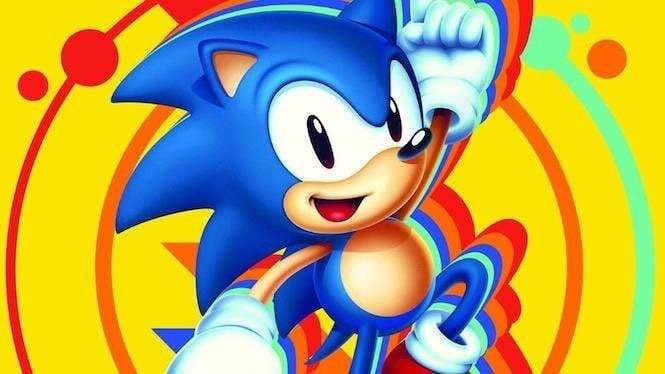 Sega players are likely to remember with fondness, playing Sonic the Hedgehog on their new game consoles. The beloved and iconic mascot was Sega’s answer to Nintendo’s Mario, and it became a big sensation that marked a period of intense rivalry between the two video companies. The little blue hedgehog was capable of lightning speed and players used their skills to take him up against his nemesis, Dr. Eggman. You may also remember Knuckles, the red enchilada, and Tails, the two-tailed fox. The franchise began as a video game but the character of Sonic the Hedgehog and the other popular characters in the game were just beginning to make their appearance in the world of entertainment. Sega was built by Sonic’s popularity and the demand for more was high.

How big is the Sonic the Hedgehog franchise?

Sonic the Hedgehog was responsible for elevating Sega into a huge contender in the gaming industry. Console sales skyrocketed as the popularity of the game hit a frenzied peak. Sonic the Hedgehog is a character that became so popular that it morphed into a franchise that not only included video games but also licensed merchandise, comics and even cartoons that are still popular with fans today.

It began with a video game

The first edition of Sonic the Hedgehog was well received by gamers. When the second and third games were produced, they maintained the key features as well as the main characters of the first. It was this decision that gave Sonic the Hedgehog fans precisely what they wanted. New stories evolved, but the familiar elements of the game were kept intact. Keeping the main plot at the center of all future Sonic the Hedgehog games, comics, and cartoons that would follow. Each succeeding game improved on the quality of gameplay. Sonic 3D Blast gave the video game a new twist with the hedgehog navigating through 3-dimensional environments. This was a timely and modern improvement that kept the franchise fresh and exciting. A pinball vesion called Sonic Spinball was also added, along with Dr. Robotnik’s Mean Bean Machine for those who enjoy a puzzle platform in gaming. Sega continued to upgrade their consoles coming out with the Sega Genesis, the Sega Saturn and ending their production with the Sega Dreamcast. Their final year of console production was 2001, but the Sonic the Hedgehog franchise was far from being finished.

Even though Sega stopped making consoles, the Sonic the Hedgehog franchise kept going strong. Microsoft, Sony, and Nintendo adopted the character in their versions of the popular video games. Sonic the Hedgehog video games had found their new home with Nintendo, which produced the most of them after Sega’s departure from the scene. Three major comic creators published Sonic the Hedgehog in comic book form including one in the UK, one in Japan and one in the United States. The United Kingdome comic was released in 1993 and stopped production in 2002, but the Japanese and U.S. Hedgehog franchise comics which each began in 1992 are still being released. There has been an evolution in Sonic throughout the years in the comics genre, each company with their own set of characters, stories, and other components.

DIC Entertainment began a series of Sonic the Hedgehog cartoons in 1993. They continued to produce them through 1999 for a six-year run. The characters took on new life and creative plots were written into the scripts and the characters were drastically changed from those in the original video game. Sonic X was a Sonic the Hedgehog variant under the franchise that showed in the United States after being previously released in Japan. Finally, a cartoon by the name of Sonic Boom was used to link the video games that were being released by the Sonic franchise under the same name. How much is the Sonic the Hedgehog video game franchise worth?

Until it is sold, it’s difficult to pinpoint the precise value of the Sonic the Hedgehog franchise. Based on the current information that Fortune maintains on Sega, we see that they produced a total of seventy Sonic games and the earnings on the sales are placed at just over $5 billion. This does not take into account, profits made from the royalties from comics, cartoons and licensed merchandise. This figure is likely to change within the next year after the release of the new film and subsequent toy sales.