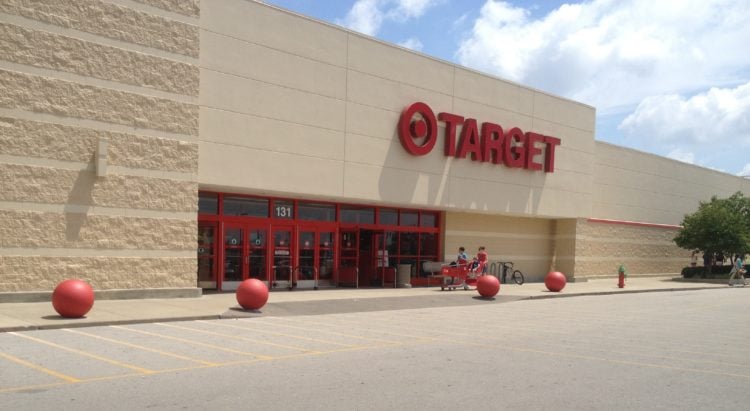 Target Corporation is one of the biggest chain of discount stores that can be found in the whole of the United States, so much so that it is beaten out by Walmart and none other. As a result, it should come as no surprise to learn that Target Corporation has a long history, which has provided it with the foundations on which its success stands.

Here are 20 fun facts that you may or may not have known about Target Corporation:

At one point in time, Dayton wanted to become a minister. However, he wound up becoming a businessman instead, though he retained his religious convictions. For example, Dayton was a believer in bettering his community as well as helping others. Furthermore, Dayton was a very active member of his church, as shown by the fact that he taught Sunday School as well as hosted church service in his home on a regular basis. With that said, it is interesting to note that Dayton was led onto his path of starting up a department store because of his involvement with his church.

3. George Dayton’s Church Burned Down During the Panic of 1893

During the Panic of 1893, Dayton’s church burned down without the means to rebuild it. As a result, it convinced him to purchase an empty lot situated next to it which had been in its possession, which Dayton proceeded to use to build a building with six floors. This is the building that wound up becoming the home of what would become Target Corporation, though it should be noted that the story is somewhat more complicated than Dayton making the choice to start his own business in his own building.

Initially, Dayton convinced the Reuben Simon Goodfellow Company to put its Goodfellow Dry Goods in his new building. However, it wasn’t long before the owner of said company retired from the business, with the result that Dayon wound up buying said individual’s share in it. This is how Dayton came to become the owner of a store, which he proceeded to rename Dayton’s Dry Goods. In time, Dayton’s Dry Goods would go through further name changes, which is why it is now Target Corporation rather than either Dayton’s Dry Goods or something along those lines.

5. George Dayton Continued to Run His Business During the Depression

Dayton remained in charge of his business throughout the Great Depression. It is interesting to note that his department store remained in good condition throughout this period of time, which must have been a challenge considering the low demand that would have prevalent then. With that said, Dayton’s business purchased a jewelry store just before the start of the Great Depression, which he continued to hold on to in spite of the fact that it produced a net loss throughout that period of time.

6. George Dayton Was Succeeded By His Family Members

Dayton’s business saw a change of leadership in 1938 when he died at the age of 80. As a result, he was succeeded by his son Nelson, who in turn, was succeeded by his son Donald when he died in 1950. It was Donald and his cousins who embarked on a change of direction for the business as a whole by choosing a more secular approach while discarding the Presbyterian principles that had been the preference of both his father and his grandfather.

7. Target Was Founded to Be Different From the Department Store

Target was created for the purpose of setting up a store that would enable the business to pursue a policy of “upscale discount retailing.” This was critical because the business wanted to make sure that there would be a clear line drawn between the new store and its department store instead of causing one to blur into the other. Given the sheer number of Target stores that opened up with a short period of time, it is clear that the business hit upon a winning formula, though its experiences were by no means uniformly smooth and uninterrupted.

In 1969, the Dayton Company became the Dayton-Hudson Company when it merged with the J.L. Hudson Company, which ran a chain of department stores that were concentrated in the state of Michigan. As a result, the produce of this merger became one of the biggest retail businesses in the whole of the United States, encompassing not just Target but also a number of department store chains. The whole thing was made possible by the decline of Hudson’s, which was caused in part by changing demographics that made it difficult for it to continue making a profit by using its once-viable strategies.

Dayton-Hudson became the Target Corporation in 2000. This is because Target made up somewhere between 75 and 80 percent of its earnings by that point in time, meaning that it was its single most important component by a significant margin. Besides the name change, the leadership of Target Corporation made some other changes at around the same time as well, with examples ranging from setting up Target Direct by separating its e-commerce operations to its choice to rebrand both Dayton’s and Hudson’s department stores under the name of Marshall Field’s.

10. Target Canada Was a Huge Disaster

With that said, Target Corporation has encountered its fair share of metaphorical bumps in the road. For example, its effort to expand into Canada was a huge disaster, particularly because it had poured a great deal of resources to set up more than a 100 department stores at its height. The exact cause of the failure was multi-faceted, with examples ranging from high prices to supply chain issues. As a result, Target was forced to pull out of the Canadian market in 2015, with the result that it has become nothing but a lesson for other retailers planning out their own foreign expansions.

11. Target Corporation Can Be Pretty Philanthropic

It is interesting to note that one of the ways that Target Corporation remains true to its founder is its interest in philanthropy. For example, it donates a percentage of its profits to charitable causes on an annual basis, with an excellent example being how a 2005 article in Forbes described it giving 2.1 percent of its profits in this manner. Likewise, Target Corporation was the one that led the push for the Target House complex in Memphis, which exists for the purpose of housing the families of patients at a local children’s hospital.

12. Target Corporation Has a No-Solicitation Rule

Target stores have a no-solicitation rule at its locations, which can make it difficult for volunteers to collect funding for various cases. Previously, Target had an exemption for the Salvation Army, but said exemption was revoked. However, that was not the end of their partnership because the revocation came with an initiative to figure out new ways that the two could work together, with the result that Target continues to be a major supporter of said charity as well as others out there.

13. Target Helps Out During Disasters

Speaking of which, it should come as no surprise to learn that Target helps out during disasters in a wide range of ways. For example, it has been known to make its stores available for use as command centers for rescue efforts. Likewise, it has been known to donate not just money but also its products, which can actually be more useful than providing just money under certain circumstances because of the logistical challenges of actually getting things to areas where the local infrastructure has been disrupted.

Perhaps unsurprisingly, Target Corporation is very much interested in environmentalism, which is why it has launched a number of initiatives in this regard. One excellent example is its interest in building green buildings, which operate while using fewer resources than otherwise possible. Something that can be very useful in a pragmatic sense by offering cost reductions. Another example is Target’s interest in recycling, which keeps a wide range of materials from being dumped in landfills.

15. Far From Being Perfect in This Regard

With that said, Target Corporation doesn’t exactly have a perfect, spotless record when it comes to environmental matters. For example, Target stores in the state of California have been accused of dumping toxic waste in landfills, which is a huge problem because toxic waste has rather unfortunate tendencies of seeping out at some point in the future. Furthermore, Target stores have been accused of marketing products as being environmentally friendly when they really weren’t, which has become unfortunately common in an era when environmentalism is well-regarded by a lot of consumers with a lot of purchasing power.

Target is an excellent example of a business that has had enormous success in coming up with a memorable logo. For proof, look no further than the studies suggesting that more than 95 percent of people in the United States are capable of recognizing Target’s bullseye logo, which is well chosen in light of its name.

18. Has More Success with a Younger Clientele

Compared to some of its counterparts, Target Corporation has a younger clientele, which makes sense considering its strategy when competing with its discount store counterparts. With that said, younger actually means an average age of 40, which is nonetheless enough to make it the one with the youngest clientele out of those competing in the same niche. With that said, it is interesting to note that Target’s clientele has a high percentage of people who have either completed college or at least attended college at some point in time, which might be connected to its strategy as well.

19. Has Encountered Some Issues with Its Strategy

With that said, Target has encountered some issues with its strategy as well. For example, there is a perception that Target has higher prices than other discount stores, which is something that has cost it a significant number of customers as well as a significant amount of revenue over time. Due to this, Target actually implemented policies in 2008 for the purpose of combating said perception. One example of its policies was the inclusion of perishables in its product selection. Meanwhile, another example was its choice to focus on the great value of its products in its ads, which emphasized the point by mentioning the real prices of Target products so as to give interested individuals a better idea of what to expect.

20. Sometimes Pronounced in a Faux-French Manner For Fun

Sometimes, Target has been pronounced Targét by some people in a sort of faux-French as a joke, which is connected to its strategy of depicting itself as being more upscale than other discount stores. Amusingly, Target has rolled with this joke on some occasions, as shown by its choice to license the name for the purpose of selling a clothing line to more upscale customers. On the whole, this seems like a much healthier response than some of the other options that Target could have taken because it made use of its reputation instead of struggling against it at much cost for perhaps no real gain.