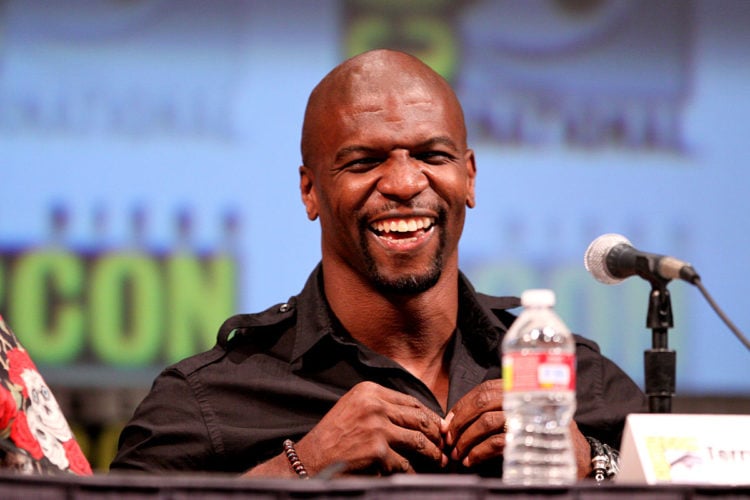 Terry Crews should be a very well-known name for people who spend a fair amount of time on the Internet. In part, this is because he shows up in a fair number of Internet memes. However, it should also be noted that Crews is involved in a number of high-profile projects, with an excellent example being his hosting responsibilities for the latest season of America’s Got Talent. Due to these high-profile projects, it should come as no surprise to learn that there are some sources that believe that his current net worth is $20 million.

Crews was born in Flint, MI. He has credited his strict upbringing in said city for a fair amount of his success. For example, he has said that his sense of humor was honed by the time that he spent with his friends when he was still in school. Likewise, he has said that his superb work ethic was influenced by his father’s example. In any case, Crews was very interested in both the arts and athletics. This can be seen in how he managed to get both an art scholarship and an athletic scholarship for Western Michigan University, with the result that he winded up becoming an excellent football player who happened to be quite good at more than one art. Chances are good that most people will have heard about Crews playing for four separate teams in the NFL as well as one team in the NFL Europe. However, what is interesting is that Crews was also a sketch artist throughout this period. Moreover, Crews was such a good sketch artist that he would create portraits for his fellow football players, which were good enough that he was capable of earning something along the lines of $5,000 for commissions that would take him a couple of months to complete.

Eventually, Crews’s interest in art overtook his interest in athletics, with the result that he winded up in Los Angeles. Initially, his plan wasn’t specifically focused on becoming an actor but rather on getting involved with the entertainment industries centered there in some manner. However, when Crews spent a couple of seasons playing the character athlete called T-Money on Battle Dome, the experience caused him to realize that it wasn’t just a one-time thing but rather something that he was interested in doing on a full-time basis. Unfortunately, Crews’s earliest efforts to find further roles were hindered by various factors, with an excellent example being how he had never received formal acting lessons. However, Crews’s background meant that he had plenty of perseverance, which when combined with a willingness to listen to the directors on various ways to improve his acting capabilities, meant that he eventually managed to break through anyways.

A lot of Crews’s earlier roles were in commercials. In particular, interested individuals might be familiar with Crews’s work with Old Spice, which are both very odd and very memorable. These roles were followed up by further roles in both movies and TV shows, which have continued to the present time. Given Crews’s physique, there was a very real chance that he might have winded up being typecast as an action hero of some kind. However, while Crews does actually perform in action roles on a semi-regular basis, he tends to be best-known for his comedic roles, thus saying much about his remarkable capabilities as an actor.

For example, Crews’s breakthrough role came in the Christmas stoner movie Friday After Next headed up by Ice Cube. However, he really managed to rise to public prominence because of his role as the father Julius Rock on Everybody Hates Chris, which was a period sitcom based on the childhood experiences of Chris Rock. On top of this, Crews was even President Camacho in Idiocracy, who was just as impaired as the rest of his contemporaries but was nonetheless someone who took his immense responsibilities with surprising seriousness.

Based on this, it seems safe to say that Crews has made much of his money because of his career in the entertainment industries. However, it is interesting to note that his non-acting-related skills as an artist have contributed considerable sums to his earnings as well. As stated earlier, there was a time when Crews worked as a sketch artist who was managing to make enough money on a regular enough basis that it was the primary source of income for his family. Besides this, it is interesting to note that Crews is also the co-founder of a design company called Amen & Amen, where he has collaborated on its collections. Chances are good that when most people think of Crews, they aren’t thinking of furniture pieces and light fixtures. However, it is nonetheless an excellent example of how his artistic background is continuing to serve him well even though he is now focused on being an actor for the most part.

For the time being, Crews’s net worth is estimated to be $20 million. However, it seems reasonable to speculate that it is a figure that will be continuing to rise in the times to come. This is because Crews is still very much involved in the entertainment industries, meaning that he will presumably continue to bring in more revenues from a wide range of projects. For instance, Crews’s role as the host of America’s Got Talent is just one of the roles that he has taken up in the present time. Other recent examples can be found in both his voice acting for the video game Crackdown 3 and his voice acting for The Willoughbys, which is an American-Canadian comedy drama made using computer animation. It remains to be seen what other roles Crews will continue to take on as his career as an actor continues to flourish, but chances are good that those still to come will be just as memorable as those in the past.