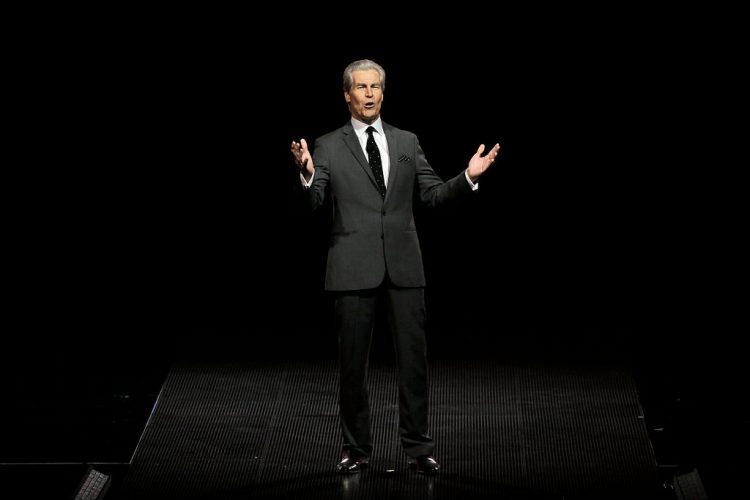 Terry Lundgren is a legend in the department stores business. In part, this is because he has presided over Macy’s as both CEO and chairman since before it was called Macy’s. However, it should also be noted that his innovation has done a great deal to keep the concept of the department store alive in modern times, which is rather important considering how online shopping and other factors have eaten into its share of consumers’ hard-earned dollars.

As a result, the recent news that Lundgren will be stepping aside in 2017 as CEO of Macy’s so that Jeff Gennette can take up the role has sent ripples throughout the industry, though it remains to be seen what the consequences will be in the long run. Something that is particularly true since his replacement will have to guide the multi-billion dollar corporation through rough circumstances, much as Lundgren himself did a long time ago.

What Are 10 Things You Didn’t Know About Terry Lundgren?

Lundgren was one of six children. However, he was the sole member of the six who went to college because his parents could not afford to send all of them to school. For that matter, while Lundgren had managed to become the president of his pledge class at his fraternity at the University of Arizona, his schooling was not a smooth and uninterrupted experience, seeing as how his parents stopped paying his tuition because his grades were not good.

In response, Lundgren sulked for some time but soon found a job at a local restaurant in Tucson, where he was responsible for cracking oysters and peeling shrimp. Over time, he was promoted to a waiter, then the head waiter, and then the head manager of the restaurant. As a result, Lundgren was able to graduate from the University of Arizona with debt whatsoever, having learned a valuable lesson in the process.

3. Got Started at Federated Department Stores

Lundgren got involved in the department store business through Federated Department Stores, which is the former name of Macy’s, Inc. In brief, he joined the Bullocks’ division in Los Angeles in 1975, where he began climbing the corporate ladder until he was promoted to the president of the chain called Bullocks Wilshire in 1987. When the Bullocks’ division was bought out by Macy’s in 1988, Lundgren switched over to Neiman Marcus, where he reached the top after a short stint as an executive vice president.

The man who had preceded Lundgren as CEO of Neiman Marcus left for Federated Department Stores not long after his arrival. As a result, Lundgren was promoted to both CEO and Chairman of Neiman Marcus, which was a serious challenge at the time because the U.S. economy was undergoing a serious recession. A lot of people bet against him having the expertise and experience needed to fulfill his duties and responsibilities, but by the time that the recession was over, Neiman Marcus was in a better position than most of its competitors.

5. Returned to Federated Department Stores in 1994

Later, Lundgren returned to Federated Department Stores in 1994. However, he was not content to rest upon his laurels, seeing as how he started making changes so as to make the corporation more competitive than ever before. Furthermore, it is interesting to note that Lundgren was not so focused on a particular field of improvement that he neglected the rest, as supported by the fact that he is known for being an innovator in not just branding but also localization and merchandising.

One example of Lundgren’s innovation can be seen in the push of private brands. In brief, a private brand is a brand of product that belongs to the retailer, though it is interesting to note that such products can be manufactured by either the retailer’s own operations or those of other companies. Regardless, private brands are useful for department stores for the simple reason that they exercise complete control over them, thus enabling them to offer such products to their customers in a manner of their choosing instead of having to consult with others.

Lundgren was the one who initiated My Macy’s, which was a 2008 effort to make changes to a small number of Macy’s so as to make them better-suited to local preferences. The effort was a phenomenal success, seeing as how the corporation reported that 13 of its 15 best-performing districts in December of 2008 were part of My Macy’s. As a result, the localization was labelled a success, meaning that other Macy’s locations followed suit from that point on.

9. Is Involved in Philanthropic Efforts

In 2008, Lundgren was presented with the Medal of Excellence from Carnegie Hall, which is meant to recognize philantropic leadership when it comes to the arts. This was well-deserved because he is as active in those fields as he is with his business, as shown by his work promoting not just economic development for women in New York but also the New York fashion industry as a whole. It is interesting to note that the gala held for Lundgren managed to raise no less than $4.2 million for Carnegie Hall, which was rather impressive to say the least.

By this point, it should come as no surprise to learn that Lundgren is one of the wealthiest people in the United States, seeing as how he has presided over a multi-billion dollar corporation for more than two decades. However, while there is much information about his compensation, there isn’t much information about the net worth that he has built up over the course of that time. For example, it is known that he earned $5.4 million in 2008, which consisted of $1.5 million in salary, $900,000 through a non-equity incentive plan, and close to $500,000 in other forms of compensation while the rest consisted of stock options. With that said, it is important to note that Lundgren’s compensation is performance-based, meaning that the figures of one year may or may not be particularly useful for predicting the figures of another year.