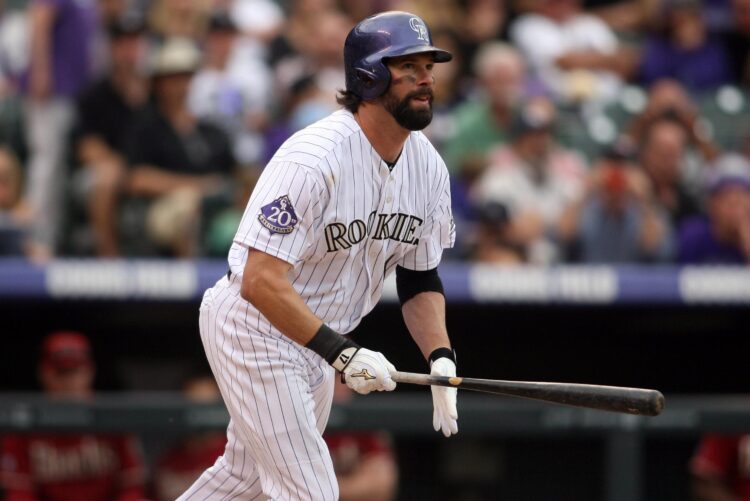 The Colorado Rockies are one of the newer Major League Baseball franchise as they were only founded in 1991 when they were granted ownership to a group headed by John Antonucci, as he chose to put the club in Denver. In 1993, the Rockies started to play as part of the National League West division. Fun Fact: the Rockies are named after the Rocky Mountains which pass throughout the entire state of Colorado. As of 2021, the Rockies have never won the National League West division, but they have made the playoffs on 5 different occasions due to the Wild Card Berth. The Rockies have one National League Pennant to add to their name as well, and they haven’t won a World Series yet. The history of the franchise is littered with legendary players such as Todd Helton, Larry Walker, Nolan Arenado, Troy Tulowitzki, Charlie Blackmon, and countless others. Because of their impact on the game can be measured in numerous ways such as revenue, endorsements, and memorabilia. Recently we’ve discovered that some of these Rockies jerseys have been sold for extremely high amounts. Today we will take a look at the five most expensive Rockies jerseys ever sold to date:

Injuries prevented Troy Tulowitzki from being a hall of Famer, but he’s still one of the greatest players to ever put on a Rockies uniform. In 2012, Tulo only played in 47 games due to injuries as he hit 8 home runs, drove in 27 runs, and posted an efficient .287 batting average. In 10 seasons with Colorado, Tulo would go on to represent the Rockies on the National League All-Star team 5 different times, he won the Gold Glove Award twice, and he also won the Silver Slugger Award twice. He would also go on to hit 199 career home runs with the rockies, drive in 657 runs, and post a batting average of .299 in a rockies uniform. His jersey was sold as part of the Heritage Auctions as part of the Sports Collectibles Catalog Auction, as the jersey was sold for $310 and was sold on November 19th, 2016.

2017 was easily the finest season for Charlie Blackmon during his major league career, as he led the major leagues in runs scored with a total of 137, base hits with a total of 213, triples with a total of 14, total bases with a total of 387, while also having an immaculate .331 batting average. Blackmon also hit a towering 37 home runs and drove in 104 runs in 2017 while representing the Rockies in the All-Star game as a part of the National League team. Blackmon is still currently playing for Colorado, and has already made 4 All-Star appearances and won the batting title in 2017. Blackmon is one of the longest-tenured players in franchise history. His jersey was sold as part of the Golden Auctions and was sold for $480.

Larry Walker is one of the most underrated superstars that Major League Baseball has ever seen, as Colorado picked him up after Walker was cut by the Montreal Expos during the 1994 lockout season. One of the best decisions in Rockies franchise history, Walker quickly became a fan favorite in Colorado. In 1996, Walker would go on to hit 18 home runs, drive in 58 runs, and have a batting average of .276, but the very next season in 1997, Walker would go onto have his best season of his career. In the 1997 season, Walker had an immaculate batting average of .366, he hit a towering 49 home runs, he drove in a total of 130 runs, and he won the 1997 National League Most Valuable Player Award.  As a Rockie, Walker made 4 different All-Star teams and won 5 Gold Glove Awards. His jersey was sold as part of the Heritage Auctions as part of the Sports Collectibles Catalog Auction that was held in Dallas, as the jersey sold for $486 and was sold on May 12th, 2017.

Nolan Arenado is arguably already one of the greatest defensive players to ever play the game and he is still currently playing! Nolan won the Gold Glove Award in all 8 seasons he spent wearing a Rockies uniform, as he captured the Platinum Glove Award as the National League’s top fielder on 5 different occasions. He also led the National League in home runs in three different seasons in the years of 2015,2016, and 2018, and he led the National League in RBI’s twice in 2015 and 2016. This jersey that was sold at Auction was worn by Arenado in during games Against the Miami Marlins, San Francisco Giants, Milwaukee Brewers, Chicago Cubs, and New York Yankees. During these games, he scored 6 runs, had 8 hits, hit 4 home runs, had 13 RBI’s, and has a batting average of .444, as there was just something about this particular jersey that got Nolan in the absolute zone on the field. The jersey was sold as part of a Colorado Rockies Jersey Auction, and the jersey sold for a total of $2,050.