Home
Cars
The History and Evolution of the Maserati Biturbo 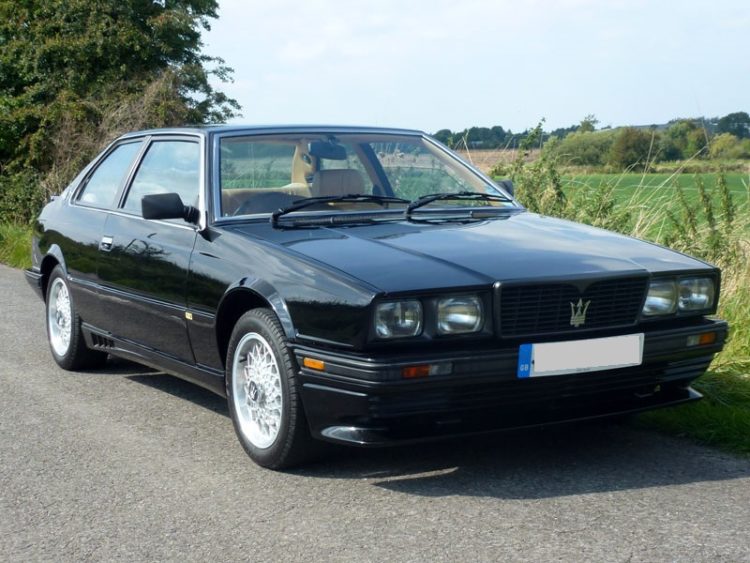 The Maserati Biturbo was the model that was first introduced to the world in 1981 at the Turin Auto Show. If you would have asked about its reliability shortly after the brand’s first mass-produced car was released, the feedback would have been negative. There were mechanical and design issues in the first production year that gave it a bad rap with the first owners. From a historical perspective, the automaker gained insights into how they could improve the Biturbo and solve the problems that plagued the first production run to create a highly reliable vehicle that would erase the doubts of those who were soured by their first experience. 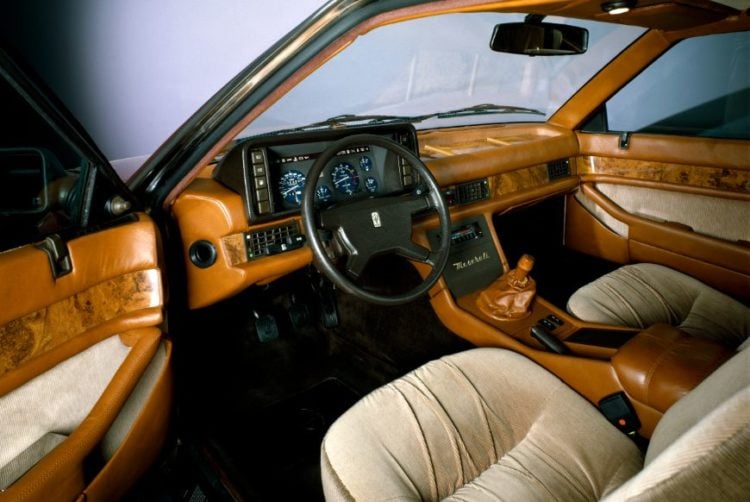 Maserati designed and built the Biturbo as the vehicle that would put the brand within reach of more dreamers. It was known as a “step down” market in which the price would be lower and a greater number of people could afford to make the purchase. It had the sexy good looks plus the prestigious Maserati name with DeTomaso’s Pierangelo Andreani styling. The car succeeded the Merak with room for 4 passengers and a luxurious interior.

The 1984 Biturbo was besieged with a carburetor that wasn’t up to the job. It was a catastrophic error in automotive design. Combined with leaky cylinder liners and a lack of an intercooler/heat exchanger, the issues failed to impress. On the bright side, a 2.5 liter V6 twin-engine cranked out 180 horsepower. There was the bad, but there were also some very good features such as fast acceleration. the design team had figured out the problems and made the necessary corrections. The torque for the new edition took a jump to 255, and the weight of the vehicle was reduced by 200 pounds to weigh in at 2,400 lbs. It was an impressive performer for its time, zipping from zero to 60 mph in 6.5 seconds with a top speed of 135 mph. The performance was sweet thanks to the MacPherson struts, a front anti-roll bar and coils springs in the suspension. A Biturbo S edition was offered in 1983 for the Italian market. 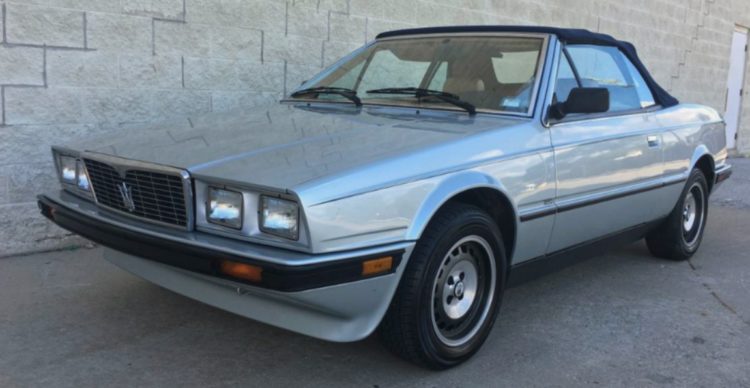 Marcello Gandini is the designer credited with the facelift that the Biturbo received from 1987 through 1989. The previously sharp lines of the body were softened with updates in the grille, the bonnet, wheels and the wing mirrors. The automaker produced a more aerodynamic design for the wing mirrors and a taller, rounded mesh grille and updates to the bonnet. Foglights were added to the wraparound bumpers.

Each new Biturbo produced received another facelift from Gandini. The Shamal began the initial transformation receiving a new spoiler that hid the windshield wipers, side skirts and a rear spoiler in an aerodynamic kit. The addition of Poliellypsoidal projectors in the two element headlights was the creation of Magneti Marelli. The grill was slimmed and integrated into the bonnet with a return of the 1988 bumpers for every model. The old disc-shaped alloy wheels were upgraded to seven spoke wheels that boasted an additional inch and a new hubcap that resembled centerlock nut. Maserati called the second upgrade and redesign their nuovolook.

From 1981 through 1985, the Biturbo was available in a V6 pushing 180 horsepower for Italy only. The E-edition surfaced in 1983 pushing 184 hp. The S-edition, launched the same year boasted 205 hp. In 1984, an ES edition showed up for two years, followed by the Biturbo II in Italy only. Throughout the 1980s, Maserati offered an S in a 2.5 liter 196 hp, an SII in Italy only featuring a 210 hp engine, and the “i” edition, produced for Italy only, all in limited production numbers. The Biturbo Si Black was manufactured with a 220 hp fuel injected engine with just 450 produced for Italy only, and a 2.5 liter 188 hp made for everyone else up until 1992. 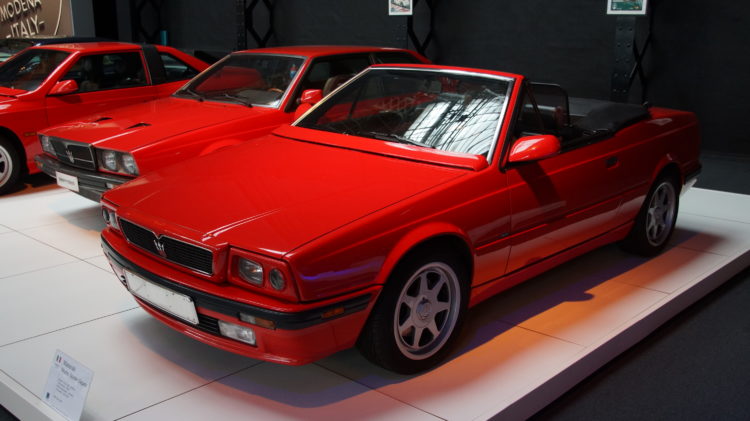 Completion of the evolution

Maserati continued to offer the Biturbo in a variety of models and variations with constant upgrades. What had begun as an affordable prestige vehicle that lacked true dependability, evolved into one of the most reliable cars on the road. Maserati wasn’t fond of design errors and they rose to the occasion and made the needed corrections to present the world with a car that stroked the ego and delivered on performance. The final production run of the Biturbo was made in 1994. It was succeeded by the Maserati Ghibli (AM336) and the Maserati Quattroporte IV.