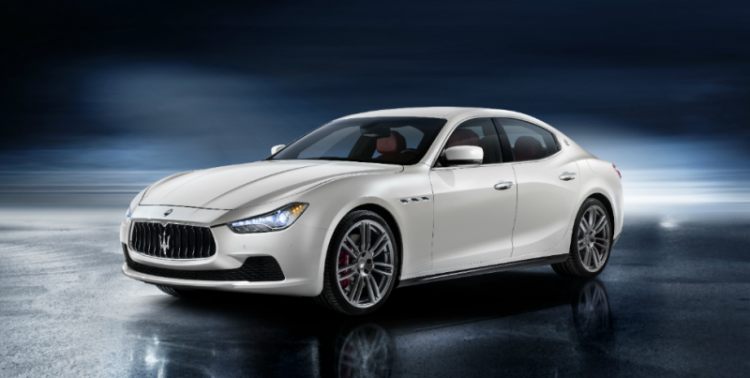 Maserati’s Ghibli has seen three distinct faces during its run, and none are anything like their predecessors. The car was first introduced in 1967 as a grand tourer and was in production until 1973. 1992 saw the revival of the Ghibli in the form of a smooth coupe until it was again shelved in 1997. The latest iteration of the Ghibli debuted in 2013 and is a sporty executive saloon. Through all of these changes, one thing is apparent: this is a car with staying power, because it keeps on coming back.

Here’s more information about history of the Maserati Ghibli. At the Turin Motor Show in late 1966, the Ghibli was introduced to the world as a prototype with no sure decision on whether it would ever go into production. Its designer was Giorgetto Giugiaro, who went on to become known as one of the auto industry’s most esteemed and prolific figures. Once the reception of the concept was positive, the Ghibli was set for production and the first cars started being made available for sale in March 1967. The first iteration of the Ghibli is commonly called the Ghibli I or AM 115, and it was available in two body styles: a two door coupe or two door spyder.

The car had a distinctive look and smooth style that fit in well with the time. Inside was a V8 engine with a five speed manual transmission being the standard option. If desired, buyers could request that their Ghibli be equipped with a three speed automatic transmission. For the time that the model debuted, its performance as impressive. The first Maserati Ghibli could go from 0 to 60 miles per hour in 6.8 seconds and had a maximum speed of 155 mph.

When you think about some of the cars around today and make a comparison — plus you account for the fact that the first Ghibli came out during the 60s — the significance of these specs becomes more apparent. The convertible Ghibli spider was produced in 1969, and the Ghibli SS was introduced the same year. The car went out of production a few years later in 1973. The Maserati Ghibli went away for quite some time and wasn’t around at all during the 1980s. In 1992, however, the brand decided to resurrect the model and come out with the Ghibli II, also known as the AM336. The car was quite different from its previous iteration and sported a design developed by the legendary Marcello Gandini. He’s the same Italian car designer who came up with the design of the iconic Lamborghini Countach, so he seemed like the perfect expert to tap for the creation of the second generation Ghibli.

Maserati debuted the model at the 62nd Turin Motor Show in April of 1992, and it created quite a bit of buzz. What was different with the car wasn’t just aesthetic, but in terms of power, speed, and performance as well. This version of the Ghibli was equally about classic Italian luxury and performance, and the two door coupe was designed to impress inside and out. When it first came out, the Ghibli II had a 2.8 liter V6 engine and a five speed manual transmission. Buyers had the option of a four speed automatic, and the trim inside the car was excellent.

The car was tweaked a bit after its reappearance and re-released in 1994 at the Geneva Motor Show. The updated model had an even better interior, wing mirrors, and larger allow wheels. Adding fully adjustable electronic suspension and ABS brakes were important updates that allowed the car to stand out among other luxury cars in its class.

The following year in 1995, the Maserati Ghibli was offered in two new sport versions, the Ghibli Kit Sportivo and the Ghibli Cup. The latter was a limited edition model that was first shown at the Bologna Motor Show in December of 1995. It incorporated many of the features of the Ghibli Open Cup racer into a production model. The car on which the Ghibli Cup was based was a single make model that came about in the later half of 1994.

What made the Ghibli Cup notable was that it had the highest power output per liter of any street legal production car, besting even models from Jaguar and Bugatti. The Maserati Ghibli looks sporty today but this version of it was the height of that particular aesthetic, with black leather, aluminum pedals, and carbon fiber trim throughout.

Other models that were released during the Maserati Ghibli’s second run were the Ghibli GT and Ghibli Primatist, which featured a special color paint and interior trim. The last of the Ghibli II was produced in mid 1998, and the line was replaced by Maserati’s 3200 GT. The car made its third go in 2013, and it’s frequently referred to as the Ghibli III or M157. Maserati’s most recent generation of the car was first revealed to the public at the 2013 Shanghai Motor Show, which is when it piqued people’s interest and put to rest rumors about whether that the brand was really going to revive the car. Now, the Ghibli is a mid-size luxury four door sedan that has a sporty edge to it. It’s noted for being luxurious, but not as lavish as some would expect a car to be that bears the Maserati name. Still, the Ghibli is comparable to other models in its class and it’s not a bad value considering the sub-six figure price tag.

There are three different V6 engines available for the third generation Maserati Ghibli, one of which is a turbodiesel. With the introduction of the latter, the Ghibli became the first production Maserati to have a diesel engine. On all current Ghibli cars the transmission is an eight speed automatic, and most markets where the car is sold offer the option to get it with all wheel drive. As it stands, there appears to be no plans to put the Maserati Ghibli back out of production anytime soon. The latest release was a 2017 model with a 3.0 liter V6 engine that produced between 345 and 404 hp, depending on the version chosen. The 2017 Maserati Ghibli comes in three configurations: the base model, which costs $71,600; the Ghibli S, which is $77,200; and the S Q4, which is the priciest model and starts at $79,700. Some liken the car to Maserati’s Quattroporte, but there are distinct differences between the two models.