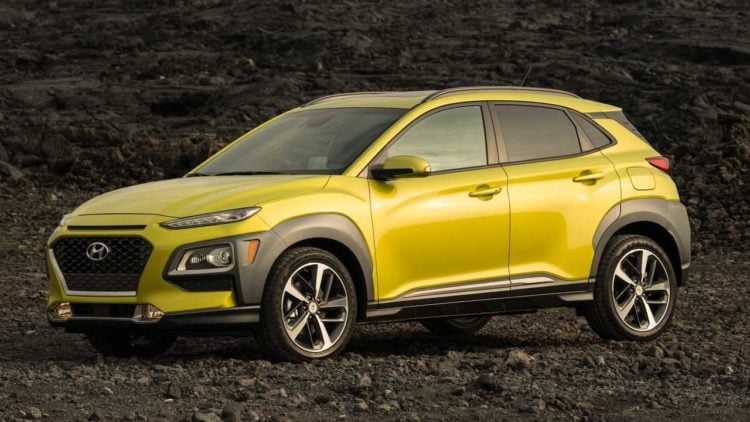 Although the price at the pump has gotten much lower than back in, let’s say, 2009 and 2012 when gas prices soared all the way up to $4 a gallon, filling up a gas-guzzling SUV is still tough for the majority of drivers who are on a budget. So, now those gas prices have become around 50 percent of what they go to throughout those difficult years. Because of that, we’re not hearing nearly as much about how to improve gas mileage or cut down on the cost of gas. That’s why we wrote this article. We want to illustrate how you could get better gas mileage if you’re in the market for a new SUV.

According to Autowise, it’s a fact that big SUVs, such as the Chevrolet Suburban and the Ford Expedition are actually what made the SUV market what it’s grown to today. But, the Tahoe only gets 15 mpg city and 20 highway with the Ford Explorer getting 19 and 27. That’s why many crossover SUVs and compact CUVs or becoming dominant when it comes to sales here in the U.S. To some consumers, full-size SUVs seem big and cumbersome with generally unsatisfactory gas mileage when you compare them to their CUV counterparts, which makes it pretty easy to see why they’re getting more popular.

That being said, if you’re one of those many consumers who are dead-set on buying a full-sized SUV, you might be surprised by some of the excellent options that are available. In our assessment, there are some great full-sized SUVs and even some diesel options, so we’re going to explore some for you. In addition, we’ll also get to the king of full-size SUVs for fuel economy. Whatever your style preference and budget, you’re sure to find the perfect ride on our list of SUV models that get the best possible mileage.

According to Edmunds.com, in this world that’s becoming more modernized every day, we’ll definitely be observing a major shift toward vehicles that are more fuel-efficient and offer cleaner energy as well as electric vehicles. Although sedans such as the Honda Civic and the Toyota Camry have actually become more and more popular for a while now, SUVs are beginning to take over in that area. Not only do they offer lots of seating and storage space for the entire family, one that’s fuel-efficient SUV just might turn out to be precisely what people need for feeling more confident in their purchase choice. So, all that remains is the question regarding the actual brand of SUV that’s offering optimum gas mileage, so here are some to choose from: 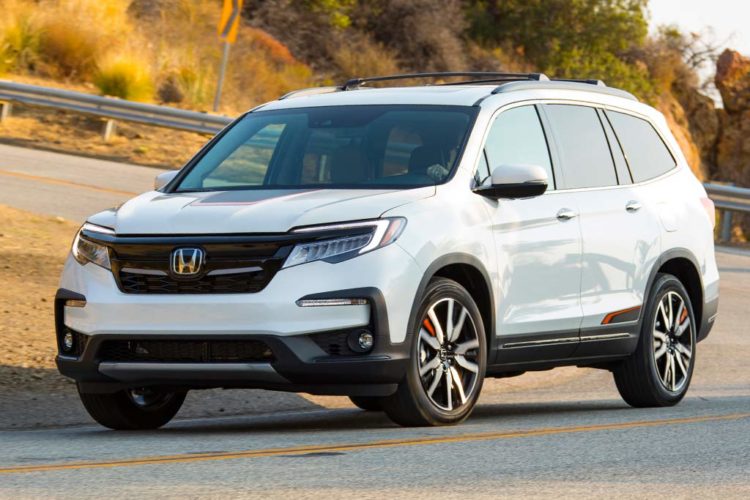 The Pilot SUV offers a number of surprises this year, including the fact that it gets 20 mpg city/27 highway. It also accommodates eight passengers and a wealth of available safety features. 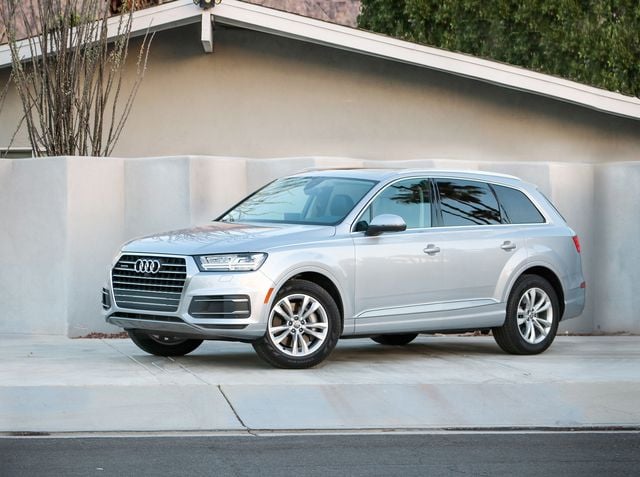 The Audi Q7 may only get 20 mpg city/25 highway, but it’s still a top contender. Why? Because the Germans definitely excel in the diesel market. This Mercedes SUV has a diesel engine that’ll give you 22 mpg city/27 highway. When it comes to truly fuel-efficient SUVs, this one is definitely worth considering for your new SUV choice. This one gets 22 mpg city/ 28 highway while looking exceptionally hot on the open road. Yes, the Land Rover Range Rover Sport offers an amazing 3.0 L turbodiesel V6 and, with all that sporty style, who cares if it’s not the SUV with the best gas mileage? 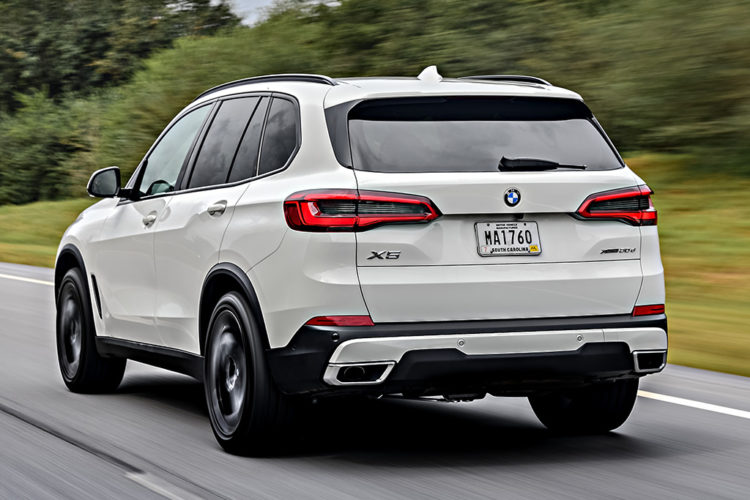 The Germans also brought us the BMW X5 with its 23 mpg city/29 highway. It also offers that singular Beemer-styling. Those tricky Swedes tried sneaking one into this category and did a surprisingly great job at that. In fact, the Volvo XC90 PHEV is getting 27 mpg city/28 highway, which makes it a strong contender. OK, if that’s not quite enough to sway you, then consider the fact that its 2.0 Liter four-banger happens to be twin-charged with both a supercharger and a turbo. It also offers a three-rows of seats plus terrific cargo space to boot. It’s bigger than the Subaru Crosstrek Hybrid, while also providing more range with an EPA-estimated 22-miles. It may suffer somewhat in the area of conventional fuel economy, however, it’s also capable of traveling 310-miles on a tank of gas and a full charge. That does fall short of some of its competitors with their 480-mile range. But, to its credit, the PHEV does offer an extended list of standard features plus a high level of stability on road surfaces that are really challenging. Its fuel economy equates to 25 mpg combined. 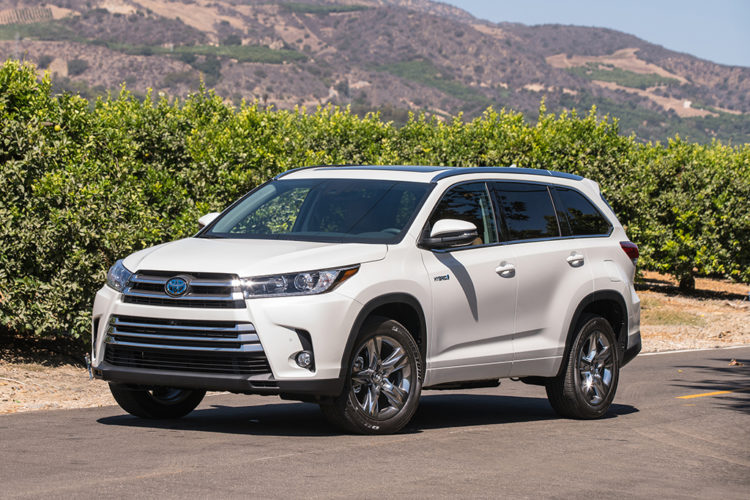 If a Lexus isn’t really your style, the Toyota Highlander Hybrid can get 30 mpg city/28 highway and will cost you approximately $15,000 less than any Lexus’ full-size SUV. This, of course, depends on your choice of trim. This is an all-wheel-drive hybrid with an automatic transmission and a 3.6 liter V6 and eCVT. This one gets 31 mpg when you’re in the city and then 28 on the highway. OK, it might not sound all that impressive, but it’s quite a bit better than 25 city/27 highway that the Infiniti QX60 Hybrid has to offer. According to Autowise, this is the very best SUV for getting good mileage. In fact, the Model X beats every competitor when it comes to fuel economy and there’s a simple reason for that. What is it? Well, it actually doesn’t use fuel at all. It’s all-electric with an MPGe rating (Miles Per Gallon Gas Equivalent aka MPGge) of a whopping 91 mpg city/95 highway. This makes it the absolute SUV king, however, the price reflects it and this one’s truly in a league of its own.

Remember, you should steer clear of American-made SUVs if you’re looking for great fuel economy. Even the hybrid models of the GMC Yukon and the Chevy Tahoe only offer a combined fuel economy rating in the area of 22 mpg. That’s not competitive at all when you compare it to our list of SUVs that are more fuel-efficient.