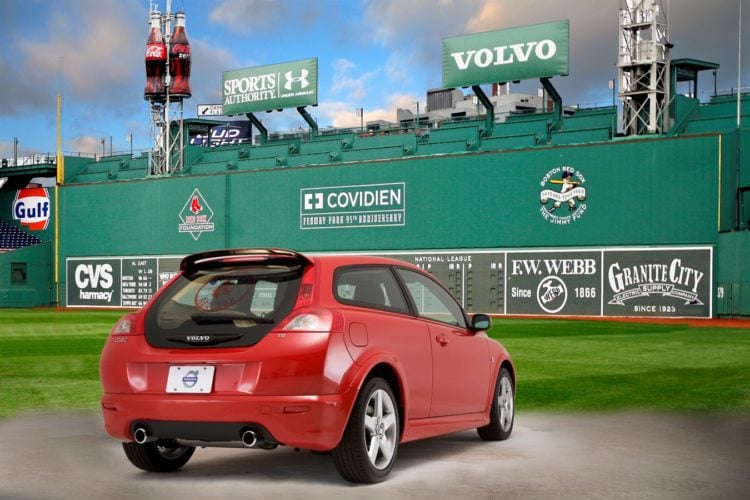 The Volvo C30 is among the automaker’s most popular models. They first came into production in 2006 and the model enjoyed a production run through 2013. Five of these autos stood out above the others. While the basics of being a 3 door, front wheel drive, front engine premium hatchback features did not change, there were other special features that set certain years apart from the rest. With this in mind, here are our picks for the top 5 Volvo C30 models of all time. The initial release of the Volvo C30 came in 2006. The compact hatchback was highly anticipated by fans of the Volvo brand. The original model set the standard of premium workmanship and materials with the early T5 model outfitted with a 2.5 liter engine and a 160 watt sound system. The car made its debut with its official unveiling at the 2006 Paris Motor Show. Special examples were manufactured for Belgium only. The interior of the 2006 C30 took its inspiration from the S40 and the V50, built with the same parts inclusive of the floating center stack, the same steering wheel and instrument panel. The 2008 CR30 model was a limited edition Volvo that the company limited to a production of just 400 units. The car made its official debut at thee New York Auto Show in 2008. This version of the T5 was available in the North America market. Buyers had their choice of Orinoco Blue, Passion Red, Titanium Grey or Black Sapphire colors. This LE model featured a sport body kit with special off black colored Flex tech seat upholstery. The interior was adorned with contrasting creme colored trim. It was produced with a sporty aesthetic including a sport shifter, sport pedals and aluminum inlays in the wrapped steering. The power driver’s seat was a popular addition as well as thee power glass moon roof, the climate package, the Dyna audio premium sound system, Serapis alloy wheels and bi-xenon headlights. Another reason for its popularity was the high performance sound system with a CD player and a system with capability for playing both WMA and MP3 formats. The interior received minor updates from the 2007 model in addition to the addition of the Aux audio socket. The next most popular C30 model was the 2009 edition. The changes that were made over the previous year were minor, but the car was a hot item. The manufacturer added a hard load cover as standard equipment. The appearance was also slightly altered with the Volvo badge taken from the handle of the hatch and moved to the glass area directly above its former location. The font for the brand was enlarged and the space in between the letter placement was increased. Although the changes that Volvo made to the 2009 C30 weren’t significant, they gave it a new look that was noticeably different than the 2008. For those who were in the market for a brand new version, this was compelling enough to make a trade in and drive off the lot with the newest edition. The Boston Red Sox edition of the C30 T5 was strictly limited in production to just 107 units. The car featured the choice of a 6 speed manual transmission or a 5 speed automatic. The car was manufactured in celebration of the 107 victories won by the Red Sox team in 2007, hence, the limited production number. Sox fans were in for a real treat. This car was rare from the moment it rolled off production lines. The red color and addition of the Boston Red Sox logo placed an the glass of the rear hatch, and the Sox fender badges made this version the dream car of many Red Sox fans. The Volvo C30 Efficiency was produced in 2007. As with any special model, it became a favorite as a version of the 1.6D with a reduction in the height of the chassis, a new spoiler for the rear roof, the addition of under body panels, new rear bumper and optimized engine cooling, it was in high demand. the changes were significant for this version. Revisions in the gearing , low friction tires and some aerodynamic tweaking were all great selling points. The Efficiency made its debut to the world at thee 2007 Frankfurt Motor Show.