Home
Cars
The History and Evolution of the Alfa Romeo Spider 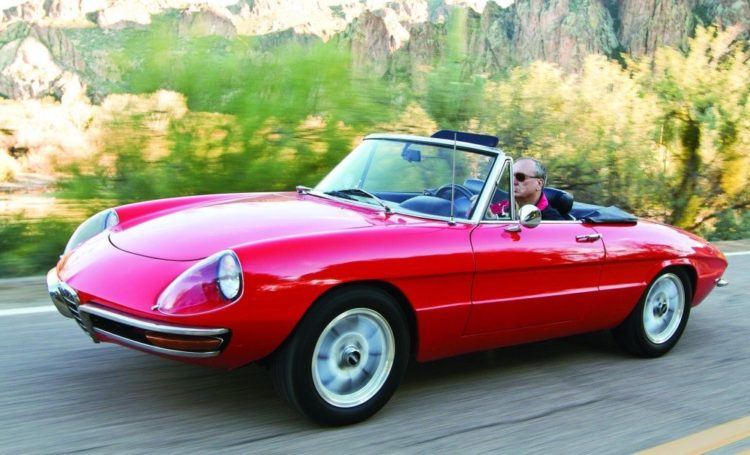 For anyone that truly loves to take a fine automobile out onto the open road, having the opportunity to drive a car like the Alfa Romeo Spider is a once-in-a-lifetime gift. Anyone that is actually fortunate enough to own one of these cars typically babies them and only drives them occasionally. In a way, it’s somewhat unfortunate that a car that is designed for its performance is often locked away in a garage somewhere out of sight, but at the same time, it serves as a testament to the quality and performance characteristics of these automobiles. It also proves the level of respect that car buffs still have when it comes to this particular type of car.

Over the years, there were four distinctly different generations of the Alfa Romeo Spider. Overall, the car was produced from 1966 until 1993, with several different variations in engine and transmission combinations, along with style changes to both the body and the interior of the car. All of these different generations will be discussed in greater detail in the following paragraphs.

The first generation of the Alfa Romeo Spider was produced from 1966 until three years later in 1969. It was a small car that offered a choice of three different engines. The smallest engine was a 1290 cc engine and the largest was a 1778 cc version. The car featured a 5-speed manual transmission, offering some of the best performance options available for any automobile made during that particular time. The car was frequently referred to as a boat tail, thanks to its rounded design in the rear. All of the Alfa Romeo Spiders have engines in the front and provide rear wheel drive. This is something that would carry through to every other generation until the car ended production in 1993. The second generation of the Spider was produced from 1970 until 1982. The transmission remained unchanged but this time, there were four engines that consumers could choose from. The smallest was a 1.3 liter engine and the largest involved a 2.0 liter version. This provided a lot of different power options for consumers. As far as the design of the overall car was concerned, there weren’t all that many changes. However, there once one exception. There was always a problem with the trunk of the original Spider being too small. Therefore, the cars that were produced from 1970 on had a much larger trunk so there would be more room for luggage and day to day storage. 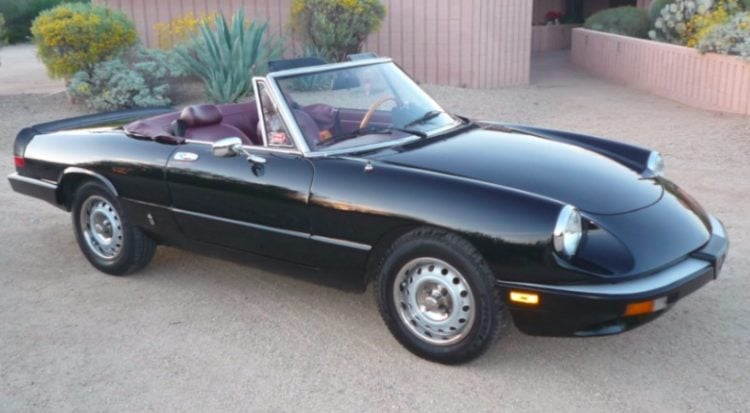 The third generation was produced from 1983 until 1989. Engine choices were limited to just two, a 1.6 liter or a 2.0 liter. The same 5 speed manual transmission was still the only transmission available for this car. The biggest changes in the third generation amounted to a lot of updates to the interior, providing additional consoles and a little more leg room. The exterior of the car was also changed, adding rubber to both the front and rear bumpers and in some cases, adding a spoiler when they’re had not previously been such a feature on the car. All in all, most car enthusiasts didn’t care for these changes, making this a much less sought-after version of the Spider than the previous two generations. 1990 saw the beginning of the fourth and final generation of the Alfa Romeo Spider. In fact, the car was only in production for another three years before ending its run. This particular car was completely redesigned, both from a performance standpoint and regarding its appearance. The engine choices were the same as those provided for the 1989 models, but this time consumers could choose to stick with the 5-speed manual transmission or go with a 3-speed automatic version. This changed the performance and handling characteristics of the car a great deal, essentially taming it and making it less of a roadster and more of a luxury car with two doors. The overall body design was completely reworked so that it looked much sleeker and more modern. Unfortunately, the changes really weren’t all that successful and Alfa Romeo ultimately decided to end production of the car when it failed to meet standard for sales. To this day, car enthusiasts prefer a Spider from either the first or second generation of automobiles, meaning that they would rather have something that was made between 1966 and 1982, as those were definitely the best days for this particular automobile.

The 10 Best Restaurants in Hanoi, Vietnam

A Closer Look at The Mercedes Beast Mode 4×4

A Closer Look at The Genus GNS

How Adam DeVine Achieved a Net Worth of $8 Million

How Matt Stonie Achieved a Net Worth of $5 Million