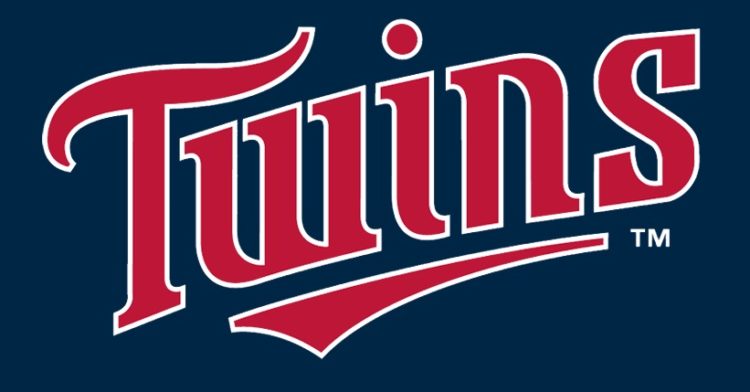 Many people forget just how long and storied of a history the Minnesota Twins professional baseball team actually has. They did not start out in the twin cities. In fact, they began playing at the turn of the century in Washington D.C. They would alternate between calling themselves the Senators and the Nationals until they moved to their current home in Minnesota back in 1961. They have undergone quite a few logo changes during that time, even though the first several decades brought forth only subtle changes. Here is a brief history that details the evolution of the Minnesota Twins logo that you might be interested in.

Washington Senators and Nationals From 1901-1935

The team’s inaugural season in Major League Baseball came in 1901 as the Washington Senators. The logo was a simple block letter ‘W’ that was navy blue. That would remain their logo until a name change to the Washington Nationals in 1905. At that point, and up until 1935, the logo changed every so slightly. It was still a navy blue ‘W’, but the font style changed ever so slightly to become a bit thinner.

This season brought with it a logo change that would last for only one year. The navy blue ‘W’ was still there as a block letter, but it would become outlined in red trim.

For whatever reason, the team would once again change its logo back to the original navy blue ‘W’. This was the same logo that they used in their inaugural season as the Washington Senators.

The team would once again change its logo for these seasons back to the navy blue W, outlined with red trim. It was a bit thicker of a design than the logo used for the 1936 season.

This was the first major logo design change since the teams first season in Washington. It would have the U.S..Capitol Dome being thrust out of a baseball. A blue baseball hat would be on top of the dome. The logo was completed with a white baseball bat with red trim that would go through the entire length of the logo itself. This logo would be used for the last season that the team would be called the Nationals, and the first few that they would become the Senators once again.

This season would bring about yet another significant change in the logo for the Washington Senators, and it would remain in place until they moved to Minnesota. This particular logo would contain a caricature of an actual U.S. Senator who was winding up his arm to throw out a pitch. A wordmark with the name of the team “SENATORS” would be in white behind the blue and red circle. Another unique feature of this logo was the Washington Monument that subtly appeared in the background.

This season saw the team make a major move from D.C. to the Twin Cities area of Minnesota. Famous illustrator Ray Barton would develop the first logo that would be in place for the first 14 seasons. It was an image of ‘Minnie’ and ‘Paul’, representing Minneapolis and St. Paul. They would each be wearing respective baseball uniforms that contained the initials of M and S. They were shaking hands over the Mississippi River. All of this was over the logo of the Minnesota state map that was decked out in a light blue color. There was a large white baseball in the background. Interestingly enough, Barton was paid the handsome sum of $15 for his work on this logo.

The next ten seasons would see another logo change come about. Minnie and Paul were still there shaking hands over the Mississippi River, but their uniforms changed to a white and navy blue trim. The words ‘Win! Twins’’ were placed over the top of the baseball. The logo for the state of Minnesota was now a dark blue color.

Here the logo changed quite dramatically. The centerpiece was now the white baseball with white trim. The scripted ‘Twins’ was large and in red over the middle of the baseball, with MINNESOTA colored in blue and block letters across the top.

This is the latest logo that is still in use today. The baseball is now placed in between a blue circle with white trim. MINNESOTA BASEBALL CLUB is spelled out in the circle, with the red Twins still in a script across the middle of the baseball.

This brief history of the Minnesota Twins logo shows just how long and illustrious of a history the team has had. From its roots in D.C. to the legacy that it has built in Minnesota, the team continues to have a large fan base around the world. It will be interesting to see what the future holds for the team and its logo.