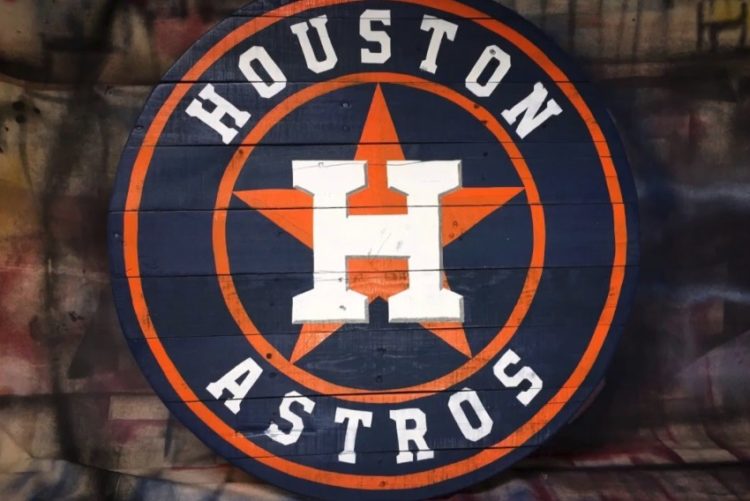 A company will undergo a revamp of its brand may be so that the customers can identify its products better or for the company to communicate its mission with clarity. Whatever the reason, changing a company’s design plays a part in the history of a firm’s goods or services. In sports, the same case applies as fans want to be able to identify their favorite teams easily. For the Houston Astros, they have not changed their logo so much as other teams, but one thing that has been clear is that colors orange and blue have significance to the team since they have been present in almost all designs. Let’s take a closer look at how they ended up with the primary logo they are currently using.

The Houston Astros were founded in 1962 when they became members of the National League going by the name Houston Colts.45s. They then came up with their first logo which had two colors; blue and orange. The logo comprised a blue gun whose smoke formed letter “C” and the rest of the letters alongside the “C” and above the gun came together to form “COLTS,” in orange with a blue trim. Above “COLTS,” was the wordmark “HOUSTON” in blue while below the gun “.45s” in orange with blue trim were present. This logo became the team’s trademark for the next two years.

Adding white to the logo

In 1965, Houston Astros added another color to the main ones; white. Also, the logo’s design completely changed to do away with the gun and wordmark. Since the team had changed the name from Houston Colts .45s to Houston Astros, the logo consequently included the new name.

In comes the Astrodome

This time, the image was that of a blue and white astrodome. The stadium had four white baseballs, with blue outline and orange markings, rotating around it. Around the stadium’s front, the wordmark “ASTROS” was in blue with a white border. The entire image was set with an orange circle as the background. This logo was in use until 1974. In 1975, the Houston Astros logo did not undergo much change but was instead an enhancement of the previous logo. The Astrodome became smaller and retained the blue color, which went a bit darker, and white. The four baseballs rotating around the stadium remained while the wordmark “Astros” changed to be in a much darker shade of blue. The wordmark also was in an angle that enhanced it going around the stadium while the circle in the background remained, but the orange color also darkened. 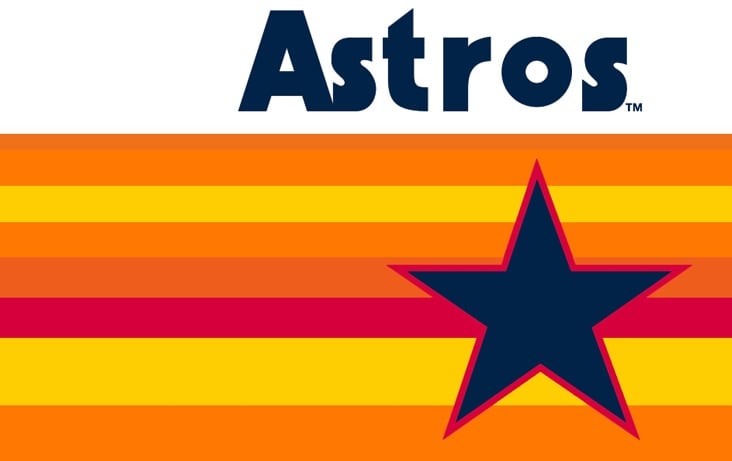 In 1994, everything about the logo changed most noticeably the color. The design got rid of the orange color and instead introduced a new color; gold. The new logo was that of a shooting gold star with the wordmark “HOUSTON” inside the star and in white. Beneath the gold star was the wordmark “ASTROS” which was also in gold but with white trim. The wordmark and star, were inside a blue Astrodome, with only two points of the star protruding from the Astrodome. Further, the star had a white, gold and blue trims. 1995 was a slight change from the 1994 logo. They removed the Astrodome, and this time instead of the wordmark “HOUSTON” in blue being inside the shooting gold star it was on the left side of the star along the golden line. The wordmark “ASTROS” in blue was inside the golden star.

The new millennium brought a change with it although the star and wordmark remained. They introduced color black to the design such that the wordmark “ASTROS” was in black and the trim was brick and tan. The wordmark also had a swash on the letter “S” below it, with similar colors while the star moved to the top of the wordmark. The colors interchanged so that the star was brick with tan and black trim. This design became their logo for twelve years.

In 2013, Houston Astros decided to bring back orange into their design. The logo is comprised of an orange star inside a blue circle, with two orange rings around it such that the first ring touches the points of the star while the other ring is almost on the edge of the blue circle. Between the orange rings the wordmark” HOUSTON” is above the star while “ASTROS” is below the star. On top of the orange star is the letter ” H” and this has been their logo until now, making it the first time the team has used a letter in their logo.