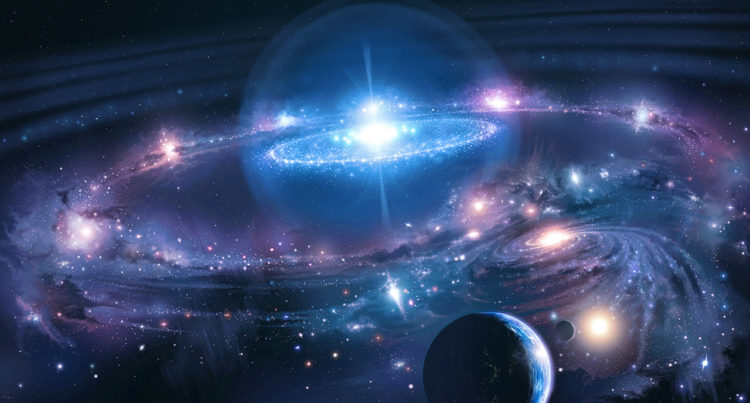 When it comes to mapping the universe, there are maps and then there are maps. Some are obviously far more detailed than others. As scientists continue to learn more about the galaxy it becomes easier to create maps that provide much more detail than earlier depictions ever could. In fact, even some of the best maps that were created just a few years ago are largely obsolete today. If you really want to know more about the stars, it’s imperative to base your information on a map that’s recent and that has been well researched. A perfect example is the map created by scientists which was then placed on a website called futurism.com. Without a doubt, this particular map provides the most up-to-date and detailed information you are likely to find anywhere when it comes to figuring out exactly what part of the universe is where. They even went as far as designing an accompanying video to go with it.

The whole thing starts out with mapping what is referred to as a home supercluster named Laniakea. One of the things that you’re likely to recognize on this map is the Milky Way galaxy. However, there are dozens upon dozens of other galaxies that are also mapped out here. Typically, the scientist that created this map referred to them as superclusters. Scientists have known that these galaxies existed for quite some time now, but they’ve had a lot of trouble figuring out if they were all part of one giant system or if there were several different galaxies that existed independently of each other. They had even more trouble defining those boundaries. This is one of the things that sets this particular map apart from anything that’s ever been created in the past.

How did scientists finally figure out which galaxies existed and where one started and another stopped? It all comes down to studying all of the stars and their relation to Earth’s gravitational pull. As it turns out, each one of these separate galaxies is affected somewhat differently by Earth’s gravity because of the distance between that particular system and the planet. By carefully studying the way that these star systems move and how quickly they move in relation to Earth, scientists were able to map out which clusters of stars belong in certain galaxies. In addition, they were able to use this method to more clearly define the boundaries between galaxies. The end result is that there are actually far more star systems in existence than anyone ever thought possible. What were once considered large galaxies have now been more correctly defined as completely separate clusters of stars that have nothing to do with each other. This has allowed scientists to create a far more accurate map when it comes to locating stars, as well as determining exactly which system they belong in.

Of course, scientists were also able to determine which galaxies were moving towards the Earth and which ones were moving further away. By figuring out how rapidly each of these clusters of stars were moving and determining the direction of travel, scientists have been able to figure out where these galaxies will eventually end up at any given point in the future. As a result, they have used computer technology to map out not only where the galaxies are at this particular moment in time, but where they will appear a year from now, 10 years from now, and even 100 years into the future. In theory, they can use the same technology to figure out where certain galaxies will eventually travel at any point in time.

Since this is a type of technology that hasn’t really been available to scientists until now, it’s been impossible to create anything this detailed on previous maps. As a direct result, previous maps of the star systems around Earth have been extremely primitive. Most people are aware of galaxies like the Milky Way, which is already been mentioned, as well as the Big Dipper and the Little Dipper, among others. However, this technology opens up possibilities that no one could have ever thought possible.There are seemingly an infinite number of stars out there that belong to a large number of galaxies which many people never even knew existed. With continued advancements in technology and the ability to more thoroughly explore the stars with other techniques, there’s no telling what might be found next, or how it might be better understood.