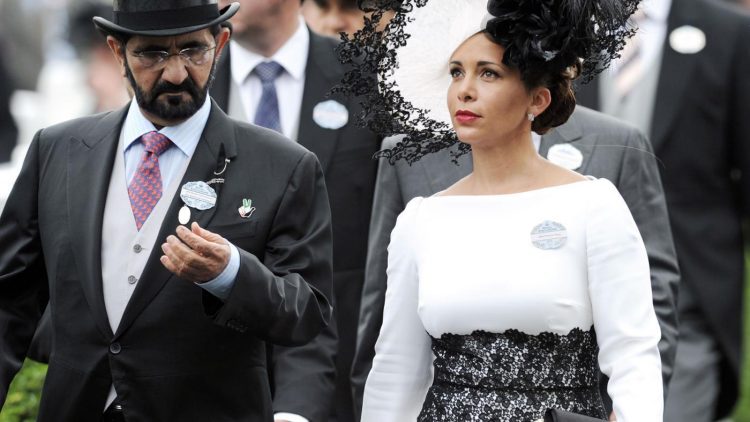 In 1979, the most extravagant wedding, and the most expensive ever, took place in Dubai. This extravagant wedding cost $137 million, and it holds the Guinness World Record for its place as the most expensive wedding ever held. The wedding was a major event in the country’s history. Hind Bint Maktoum, age 17, married Sheikh Mohammed Rashid al Maktoum, her first cousin, who was older than she was, by approximately 13 years. The Sheikh is born in the lineage of the Al Maktoum Dynasty, which was present in the United Arab Emirates before the emirates were united into a single nation. His family has transformed the town of Dubai into one of the world’s most luxurious spots. His wealth was not spared in presenting the wedding, either.

When Hind Bint Maktoum married the Sheikh, she became the senior wife and consort of the absolute ruler of Dubai. She also carries the title of First Lady of Dubai. As the chief matriarch of the royal family, she lives in the Zabeel Palace with her family and is responsible for raising her 12 children. She also has adopted several orphans. She is the mother of Hamdan, who is the Crown Prince. After the wedding, she followed the practice of the Islamic purdah system, and has not accompanied her husband or been seen at public events. Her photograph has been kept private as well. Her privacy extends to keeping an extremely low social profile, and information about her is guarded.

The Sheik and Sheikha’s royal wedding was an elaborate event, which required that a $20,000 seat stadium be built to host it. The massive structure was built from scratch for the celebration. That is due to the extensive guest list of 20,000. The wedding included the entire country, in that people either flocked to Dubai to catch a glimpse of the entertainment, and the finery on display, or they were visited by the Sheikh himself afterward. The celebration lasted for five days, and a holiday was declared for the duration to honor the event. In front of the Royal Zabeel Palace, a huge area of sand was cleared and surrounded with fencing. Poles with lighting were erected around the cleared area and then decorated for the day of celebration to follow. On the Royal Wedding Day, many crowds of hundreds of people began to arrive from all around the emirate, in the morning, to watch the entertainment taking place within the area. Non-stop entertainment filled the day, including traditional dancing and musicians. Horseback riders demonstrated their superior lance skills and riding prowess. The Sheikh’s Royal Guard presented a parade comprised of riders on horseback and on camels. During the wedding ceremony, the Sheikh delivered wedding gifts to his bride, which were carried on 20 camels decorated with jewels. Fifty Arab and African dance troupes provided a parade for the royalty in attendance. It took 34 private jets to transport the Emirs, Sheikhs, Princes and Ambassadors who attended the wedding.

In the afternoon, the Police Force Air Wing presented the first public flying display in its history. The organization was formed in 1971, and the first Macchi Jet Fighter Trainers, Italian made jets, had been delivered in 1977. Five Macchi Jet fighters performed precision formations and individual aerobatics. Closing their presentation, one jet flew around the Dubai Trade Centre at sunset.

After sunset, a wide variety of performers entertained the huge crowd of expatriates and nationals who gathered for the wedding. Open spaces throughout Dubai and Deira were filled with performances.

For five days following, 127 camel races took place in desert. The Sheikh also traveled by horseback during his wedding week to visit every town in the emirate. He distributed food, personally giving it to the residents in each town.

Sheikh Mohammed bin Rashid Al Maktoum has a reported net worth of $18 billion. Regarded as a poet of note, he was educated privately before studying in England. He is particularly interested in the native Nabati poetry of the region. His avid pursuit of equestrian activities and camel racing was reflected in the entertainment presented at his 1979 wedding to Sheikha Hind. It is also seen in his ownership of Gainsborough Farms, which are stables for breeding horses in Versailles, Kentucky.

He is a philanthropist, giving generously to cultural outreach and literacy causes. Though Sheikha Hind will always be his senior wife, he married Princess Haya bint Al-Hussein, the daughter of Hussein of Jordan, several years later, and she is his junior wife. When he travels to England, and abroad, it is most often his junior wife who accompanies him. She is the more public, Western face of his two primary wives.

In recent years, Sheikha Hind Bint Maktoum Bin Juma Al Maktoum was awarded by the Arab Women Award as recognition of her continued social work and community service to support women. The organization gave her its Lifetime Achievement Award. She gave credit to her husband and other rulers who have given unlimited support to further the achievements of Emirati women. She mentioned that the leadership provided allowed her to carry on with her responsibilities as a mother even as she has worked for social development.

Sheikha Hind has supported Holy Quran Memorization contests to develop Islamic values in girls, people showing special needs and many humanitarian organizations. Sheikha Hind is also the recipient of social media messages of love, admiration and thanks from Arabic women around the world. They send their messages of love and celebrations for her birthday using Internet technology. Their kind expressions of admiration for her work and concern for her position as senior wife are tender, for they often ask how well she handles life knowing the Sheikh has a life separate from hers.

The Sheikh and the Sheikha experienced the most extravagant and expensive wedding ever. The wedding details speak of the riches and opulence of kingdoms throughout history. It’s hard to imagine what it must have been like in Dubai for the Royal Wedding holiday. The glamour of the event and the gathering of powerful rulers from throughout the world must have been very heady and perhaps a bit frightening for the very young Sheikha. As one writer noted, it was certainly “a grand affair”. Not only did it change the lives of the two who would rule the emerging powerhouse that Dubai was in those days, but the wedding was an announcement of more to come. Certainly more relationships and children in the royal family, but also a signal to the world that Dubai was never going to be exactly the same as it once was.