Home
Business
The Rise of the Solopreneur
Prev Article Next Article 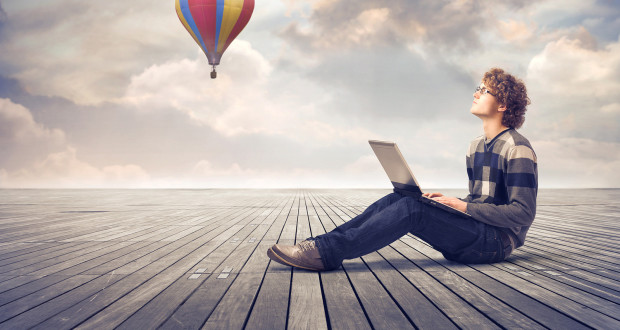 Entrepreneurs have been around since the dawn of capitalism, but in the past five or ten years, we’ve been hearing a new term: solopreneur. It’s a portmanteau of the words solo and entrepreneur, referring to a person who strikes out in business on his or her own. Solopreneurs have big ideas; they’re creative thinkers with an undying thirst for knowledge, and they’re willing to take great risks for great rewards. Most importantly, they go at it all by themselves — that’s the solo part of the deal.

Solopreneurship has taken off in the last decade, and there are now millions of people who fit this exact description. The September 2013 State of Independence in America report by MBO Partners, which was compiled after four years of intensive research, indicated that there were almost 18 million independent workers in the US. In addition to those individuals, however, there are also solopreneurs who are forging ahead on a part time basis. MBO Partners estimates that there are another 12 million people who are solopreneurs for an average of 15 hours per week. For these individuals, their solopreneur endeavors are a side gig to supplement a full time job.

What’s more, solopreneurship isn’t done growing in the United States. MBO Partners predicts that more people of an enterprising mindset will decide to take the leap and try solopreneurship for themselves; the field is expected to grow to approximately 40 million total independent workers by 2019.

It’s often said that entrepreneurs — and, by extension, solopreneurs — drive the economy, but it’s probably a good idea to take a step back and ask some important questions about why people decide to do this. Why are solopreneurs suddenly growing in numbers and making headlines now? Why didn’t this happen 15, 20, or 30 years ago? Let’s take a look at some of the factors behind the current solopreneur boom.

The recent economic downturn had a huge role in turning everyday Americans into solopreneurs. During the recession of 2007-2009, the job market shrank considerably; people were laid off, and new college graduates either couldn’t find jobs in their fields or took jobs that were beneath them and did not allow them to fully utilize all of their skills and education. There’s been a recovery in the past few years, but you don’t have to be a student of economics to know that it’s been a very slow one.

As a result of this, the motivation to get a quote-unquote “real” or “traditional” job is much lower than it has been in recent memory. Americans, particularly millennials, have tons of creative and intellectual energy to expend, and it’s going untapped in the current job market. Their solution is to develop a side hustle, or possibly even quit the corporate world and create their own full time job with their own income stream.

Oh, and there’s debt — lots and lots of debt. The average American household has over $15,000 in credit card debt and over $130,000 in total debt. The fixed and stagnant income from most ordinary jobs doesn’t help people pay off their debt fast enough for their liking. By striking out on their own, either on the side or full time, they have a revenue stream over which they have a lot more control.

Finally, health insurance costs play a part in the rise of solopreneurship. Thanks to the passage of the Affordable Care Act (also known as Obamacare) in 2009, Americans now have access to affordable health insurance; they don’t have to either be an employee of a larger company that offers health insurance as a benefit or be independently wealthy. There are fewer financial obstacles in their way, especially with regard to health care, on their path to solopreneurship.

The Tools Are Affordable

What do you need to start a business? Well, the answer can vary depending on what business you want to start, but the one thing you’ll absolutely need is internet access. It’s totally revolutionized how people start and run their own businesses, from how they get their education to how they connect with people around the world. It allows anyone to work from home; add in a laptop and probably a smartphone, and you have just about everything you need to be a solopreneur. Set up a website on a build-your-own platform like WordPress or one of the countless others, and for just a few bucks a month, you’ve got yourself a virtual storefront. This was not at all the case 15 or 20 years ago!

Plus, thanks to the rise of social media, there are tons of direct sales opportunities that allow people to make more money with a minimal time commitment. Companies like Lularoe, Jamberry, Rodan + Fields, and others that sell directly to consumers use independent consultants, who are solopreneurs, to get their products to the masses. Some of these consultants make a decent side income, while others who build their networks and truly hustle make enough to support their entire families. While the old direct to consumer model, which was employed by companies like Avon and Tupperware, required consultants to have at-home parties to sell their wares, these new companies rely 100% on social media to get the job done.

The Flexibility is Unmatched

Being a solopreneur is highly appealing to many people because they can work on their own schedule. For some, this means more time with family and less money spent on childcare. For workaholics, this means spending as much time as they want working toward their goals. There’s no one to tell you when to work or when to stop — you’re your own boss, and the autonomy is incredible. Plus, intelligent and creative individuals have a tendency to feel stifled at a regular nine to five job; working as a solopreneur affords a sense of freedom for many. Your lifestyle is exactly what you want it to be, and you can channel your passion into a viable income stream.

For most solopreneurs, the benefits far outweigh the risks. However, one big drawback for many who work on their own is the sense of loneliness; when you work for yourself, you can sometimes go days without talking to another person. Not only is it good to get out, but finding entrepreneur groups near you is a great way to grow your network. If you’re a solopreneur, be sure to balance that with some good old fashioned face to face time with other like minded individuals.

Do you have what it takes? Are you ready to be a solopreneur? The good news is that you can start, like many do, with just a side hustle. If it builds up to the point where you’re more passionate and more driven to do that instead of your day job, and if you’re bringing in more money with your solo endeavor, you may be well on your way toward becoming a successful solopreneur.