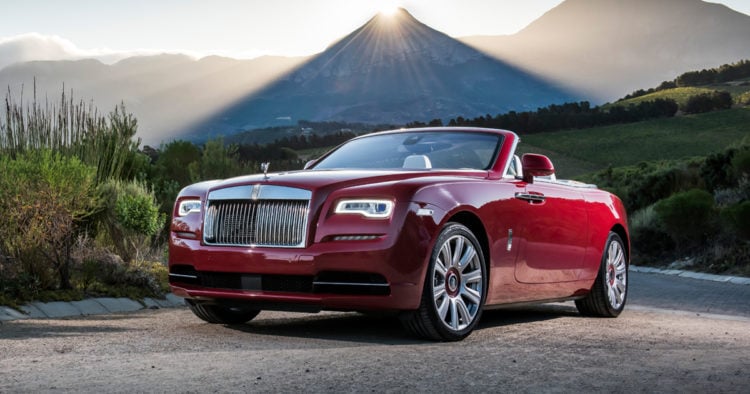 There are some people who believe that we are rapidly approaching the end of civilization, and while I disagree, I am of the way of thinking that says that there are some things that will make even the most barbaric situations appear civilized. One thing that is so powerful that it imposes a civilized state of being in almost any situation is the Rolls Royce line of cars. Almost everyone is familiar with Rolls Royce, and the vast majority is aware of the lines most popular and celebrated model, The Phantom. Fortunately, Rolls Royce did not stop with the Phantom, they have a very impressive line. One model that I absolutely love is the Dawn. The Dawn is a convertible luxury car that satisfies almost every urge a car driver can have, short of top-end speed.

In a quest to get as many people excited about the Dawn, I have compiled a list of 10 facts that the average person will not know.

1. It Speaks to Your Success

Okay, if this article is going to have any relevance, it must start with honesty. Driving a Rolls Royce is not about the essentials. Almost everything about this line and model speaks to the amount of disposable income a person has. It is one of the ultimate ways to celebrate hard work and success. This does mean that people who drive the Rolls Royce Dawn are self-centered or shallow, but they are definitely self-indulgent.

2. The Headlights Have Heated Power Washers

Yes, with this model, you will never have to worry about dirty headlights or impaired night vision. The designers at Rolls Royce built-in power washer that are heated to ensure that they are able to clean the lens and the houses at a very proficient level. 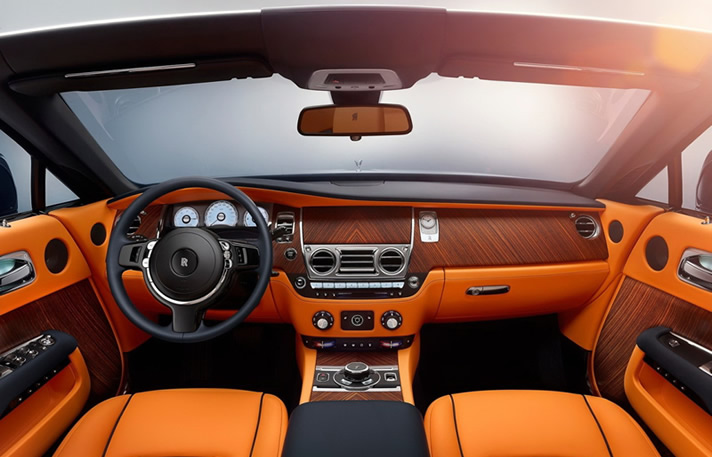 3. Heated Massagers in the Seats

Okay, most luxury cars have heated seats, and some even have climate control seats to level out things regardless of what season you are in. Very few can boast that they have heated massagers in their seats. I am not sure if this is a good thing for the driver’s seat. The last thing you want is for the driver to get so comfortable that they fall asleep. But it is definitely nice to say that you have such an amenity.

4. It Costs the Same as the Average Home in Reston, Virginia

Everyone knows that the Rolls Royce comes with a hefty price tag, but the $416,100 price tag on the Dawn means it costs the same as the average home in Reston, Virginia. This is interesting and notable because Reston is the headquarters for Rolls Royce. I wonder how it feels to know that there is a company in your city making cars that cost as much as your house.

5. The Finest Woodwork in the Industry

To me, a car cannot be considered a luxury car without some form of woodwork in the car. There are some brands like Lexus that boast about the fact that all of the woodwork in each car comes from the same tree to ensure consistency in pattern and tone, but Rolls Royce employs the top interior woodworkers in the industry to ensure that every detail is perfect.

6. The Carpet is Second to None

When it comes to creating the ultimate luxury experience in the driving world, Rolls Royce spares no expense. Where little attention is given to the grade of carpeting in most luxury vehicles, the Rolls Royce Dawn boasts a quality shag carpet that you would just love to rub your bare feet through as you ride with the top down. While this shag carpet requires consistent upkeep, if you can afford the car, you can afford the maintenance. While the Dawn is not close to being the fastest production car on the streets, it does bring a lot to the table when understanding that its focus is on luxury. Even with a weight of 5,776 pounds, this car has the ability to go from 0 to 60 in 4.3 seconds pushed by a 563 horsepower engine. To put things in perspective, this is more horsepower than a 2018 Shelby GT 350.

You don’t hear a lot about turbocharged engines the way you used to back in the 1980s and 1990s, but they still exist and they are capable of producing a lot of power and torque in engines. The Dawn has a Twin-turbo DOHC 6.6 liter V-12 engine that uses direct fuel injection — regulated by an eight-speed ZF automatic transmission.

Some people would postulate that Rolls Royce’s biggest market would be in some of the fastest growing economies like China or Dubai, but believe it or not, the United States is still the bread and butter market for the luxury car maker. Americans still love the finer things in life and they have no problem indulging themselves to the fullest extent of their financial capacity. And, Rolls Royce is one of the beneficiaries of this Westernized mindset.

Rick Wallace, Ph.D., Psy.D. is a theologian, published author, public speaker and entrepreneur. He has degrees in Theology, Biomechanics & Kinesiology, Psychology and Textual Criticism. He has over 20 years experience in the Health & Fitness Industry, and he currently trains individuals how to achieve holistic balance and success in their lives through his Visionetics program.He writes for numerous blogs on numerous subjects and is a diligent researcher.He also specializes in SEO, Content writing and procurement, Reader Appeal, Keyword Density Analysis and more.