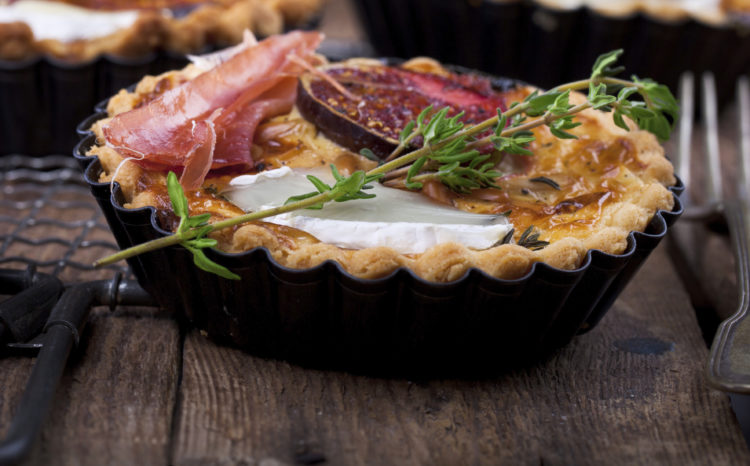 It’s an honor and testament for a restaurant to receive a Michelin star rating. Michelin stars are used by the red Michelin Guide to rate a restaurant’s quality. The Michelin Guide was developed in 1900 as a way to show French drivers where the restaurants and other local amenities could be found. The guide developed into a system of stars. In 1926 a single star rating was introduced. A second and third star rating were added in 1933. A three star Michelin rating means that the restaurant has “exceptional cuisine” and is “worth a special journey”. Holding a three star Michelin rating is a rare honor for a restaurant. 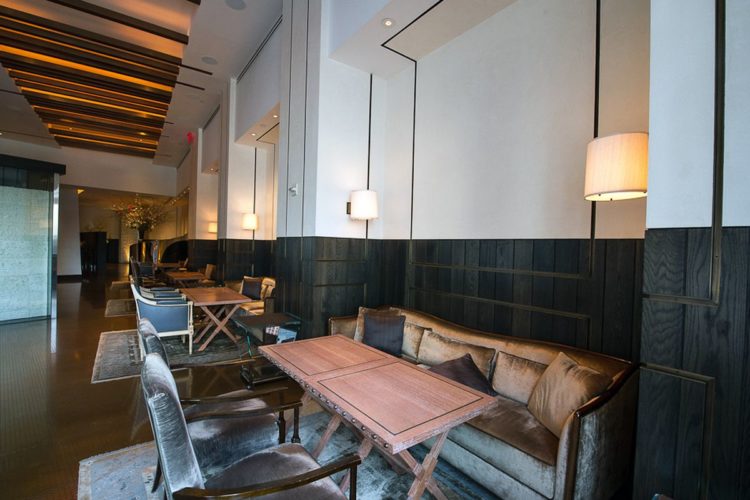 Per Se opened on the floor of the Time Warner Building in 2004 and is a staple of Midtown Manhattan’s Columbus Circle. Chef Thomas Keller also owns the three star Michelin rated The French Laundry and Bouchon. Per Se offers two daily tasting menus where no ingredient is repeated during a single meal. One is a 9 course chef’s tasting menu and the second is a 9 course tasting of vegetables menu. There is also a Salon Tasting menu. The ingredients are fresh and seasonal. Enjoy dishes including Hudson Valley Moulard Duck Foie Gras, 48 hour Braised Beef Short Rib, Charcoal Grilled Miyazaki Wagyu and more. 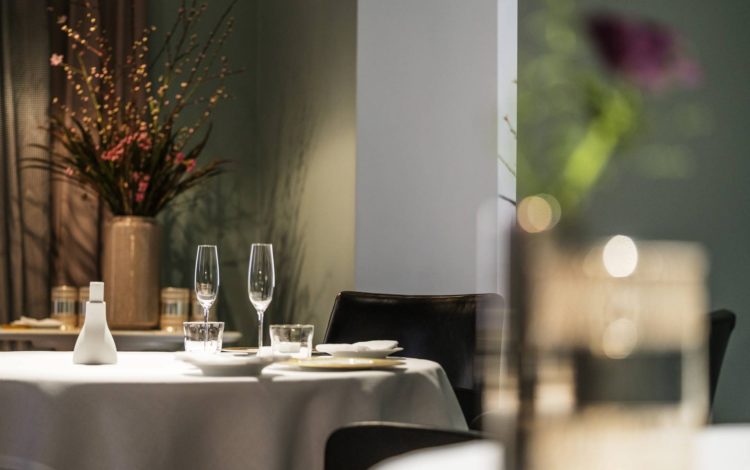 Chef Massimo Bottura learned about food and cooking from his grandmother. The author of “Never Trust the Skinny Chef” brings the flavors of his northern hometown Emilia-Romagna to Osteria Francescana. Chef Bottura’s menu is not traditional. He adds an innovative contemporary twist to each dish. He offers a 10 or 12 course tasting menu or a la carte dishes including Spaghetti cooked in crustacean broth with red shrimp tartare and vegetables, Tagliatelle with hand-chopped ragù, Branzino served with a modern hollandaise sauce, and Suckling pig served with pickled vegetables and Villa Manodori Traditional Balsamic Vinegar. 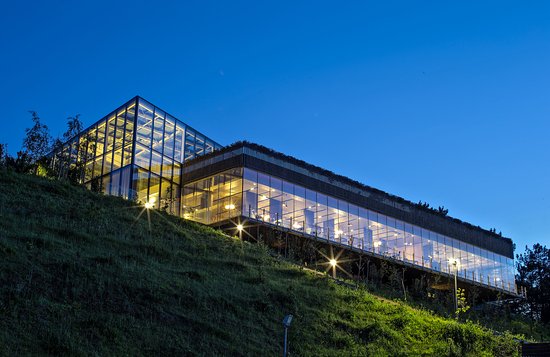 Azurmendi in Larrabetzu, Spain is a sustainable restaurant. It has its own rooftop vegetable garden and the restaurant uses recycling, harvesting rain, and uses geothermal energy to cool the building itself. Guests of the restaurant enter the kitchen and experience the indoor greenhouse where they are treated to snacks before sitting down to eat in the dining room. Basque chef Eneko Atxa prepares a seasonal menu that is unique offering dishes including Truffled Egg. 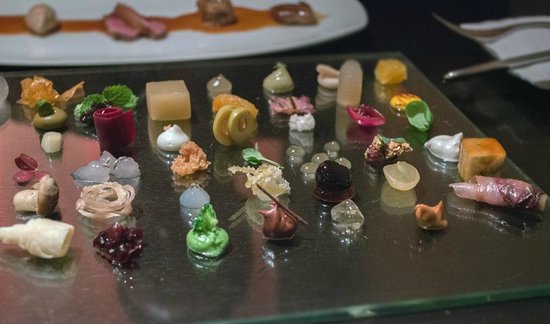 Chef Grant Achatz opened Alinea in 2005. The restaurant was recently renovative to keep it modern. Alinea is one of only two three star Michelin rated restaurants in Chicago. Chef Achatz takes conventional dishes and recreates them with unique food preparation and deconstruction creating a cutting edge menu. Diners choose from The Kitchen Table, The Gallery Menu or The Salon Menu each with seasonal selections that are created in innovative style. 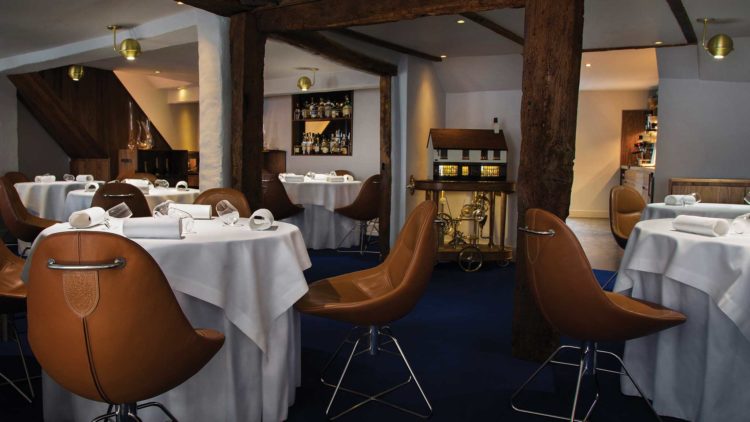 Chef Heston Blumenthal opened Bershire’s The Fat Duck in 1995. The restaurant is located in a renovated sixteenth century cottage. By 2004, The Fat Duck received a three star Michelin rating. Chef Blumenthal offers a renowned 14 course tasting menu. He enjoys being whimsical and creative in his culinary creations. The Alice in Wonderland mock turtle soup is made from freeze dried beef stock coated in gold leaf and dropped into a teacup where hot beef stock is poured as if it were tea. Chef Blumenthal also likes to experiment with taste sensations and offers tasting experiences through his “Sounds of the Sea” dishes. 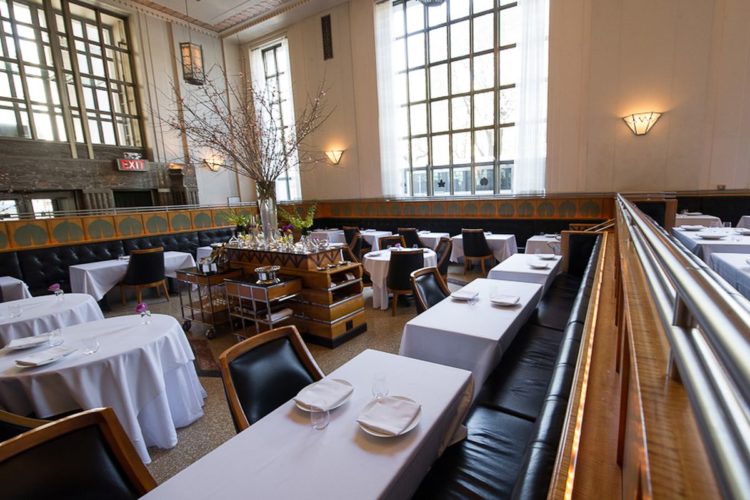 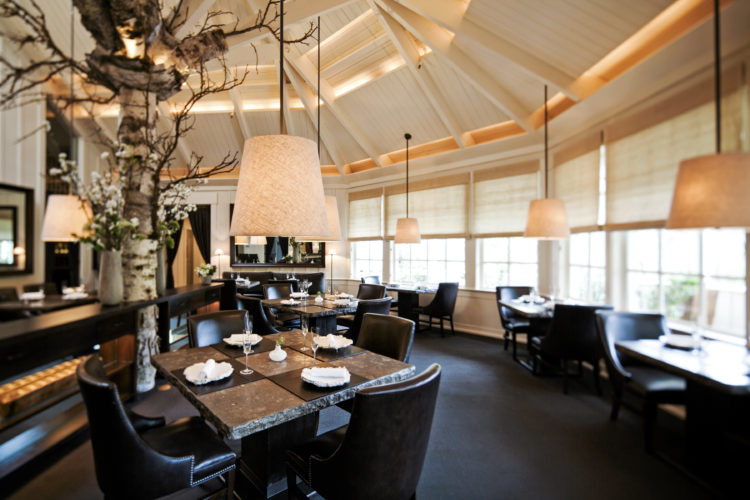 Chef Christopher Kostow serves modern American cuisine at The Restaurant at Meadowood in Napa Valley. His aim is to serve the freshest farm to table ingredients. The restaurant has a 2.5 acre garden on site and works seriously with local growers and artisans assure that the ingredients the finest and the freshest. Because of his attention to detail and seasonal approach, Chef Kostow’s menu is ever evolving. There’s always an evolving tasting menu to enjoy. 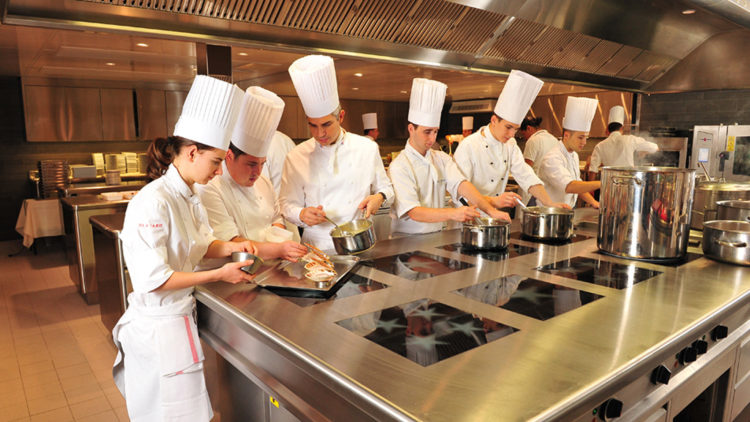 Chef Frank Giovannini offers a creative take on traditional menu items at Restaurant de l’Hotel de ville located in Crissier, a suburb of Lausanne, Switzerland. The menu continually evolves. It may include dishes such as Green Peppered Suckling Lamb, Blue Lobster Medallions with Saffron, Vegetal Egg with Black Diamonds or Frozen Citrus from Corsica Soup. Diners will be satisfied with Chef Giovannini’s balance of flavors and simplistic style using the finest ingredients. 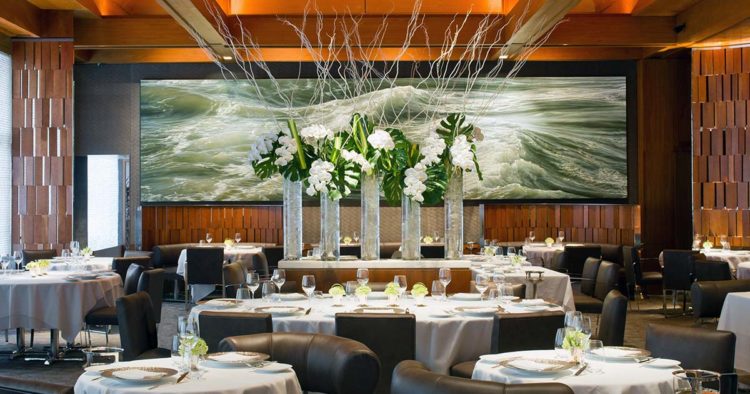 Maguy and Gilbert Le Coze founded Le Bernardin in Paris in 1972. The restaurant initially served only fish on the menu. Le Bernardin received a three Michelin star rating by 1980. The Coze siblings opened Le Bernardin in New York City in 1986. When Gilbert passed away in 1994, Maguy began working closely with Gilbert’s friend and protage Chef Eric Ripert to carry on the legacy. Le Bernardin remodeled in 2011. The restaurant continues to offer a menu based on fish. There is a tasting menu or enjoy the many offerings of finely served fish including caviar and oysters, lobster, sea bass, octopus, scallops and much more. 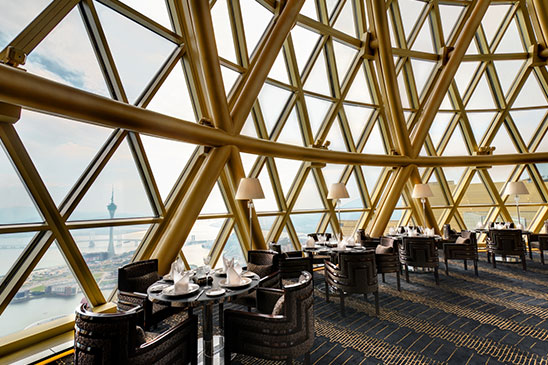 Robuchon au Dom is located in Macau, China’s at the top of the 48 story Grande Lisboa Hotel. The restaurant opened in 2009. Chef Julien Tongurian serves French cuisine in one of Asia’s top restaurants. Chef Tongurian offers a Prestige Menu including imperial caviar, king crab with crustacean jelly and crispy waffle scampi. Aside from the superb menu, diners can enjoy the finest wines and enjoy the sensational views in an elegantly appointed setting. 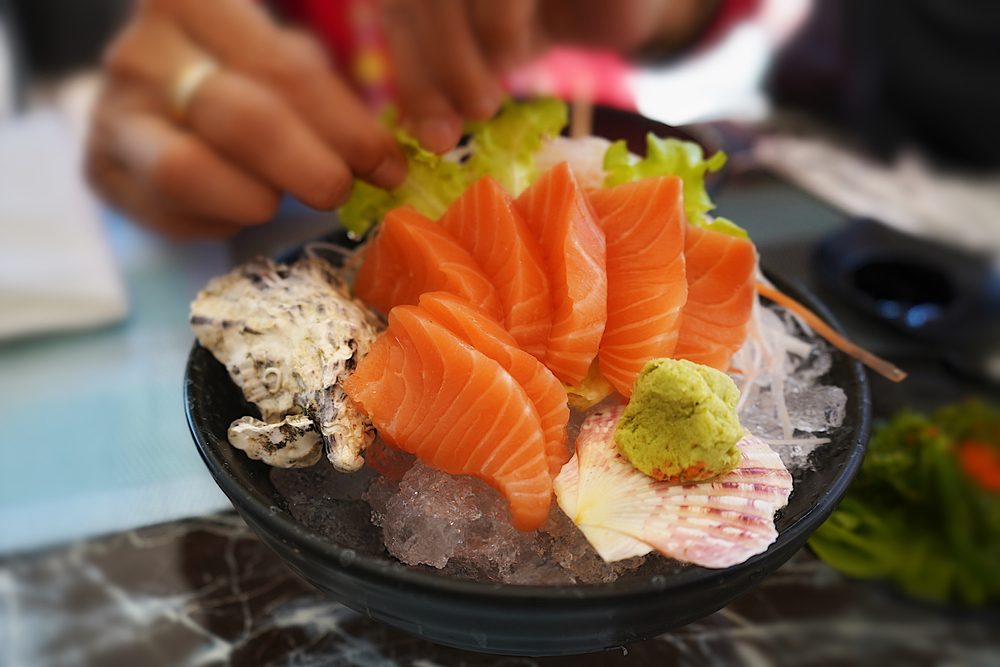 Sushi has grown from a niche Japanese dish into a food… 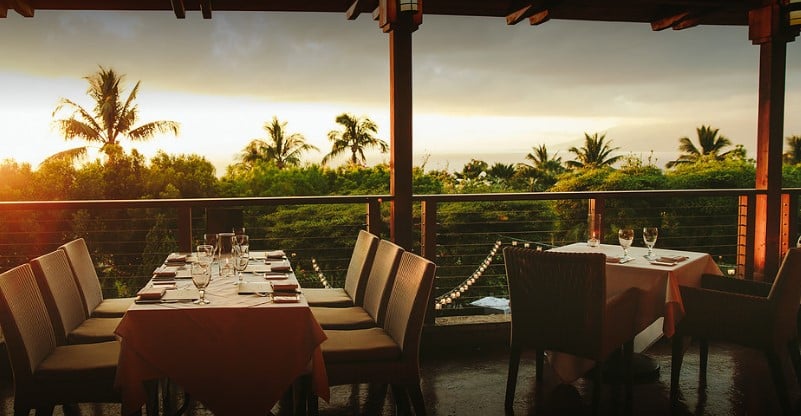 Treehouse Restaurants is not the name of a branded chain, but… 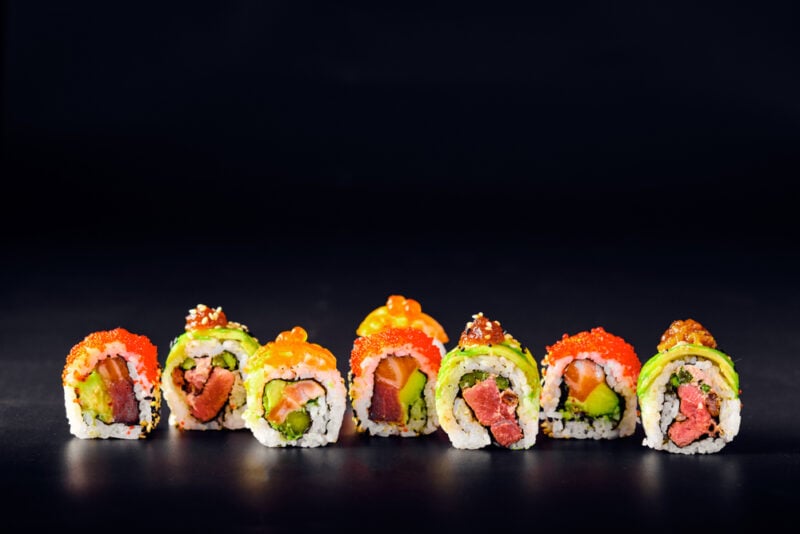 Over 62% of Americans enjoy eating sushi. Perhaps no other food… 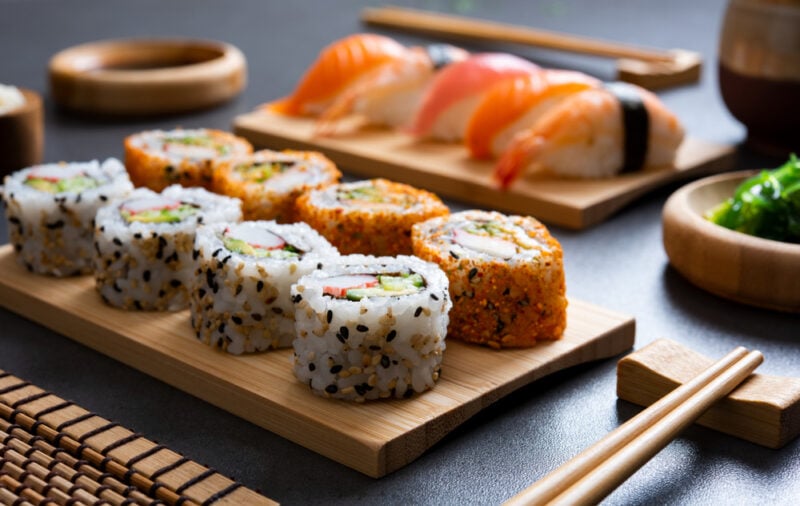 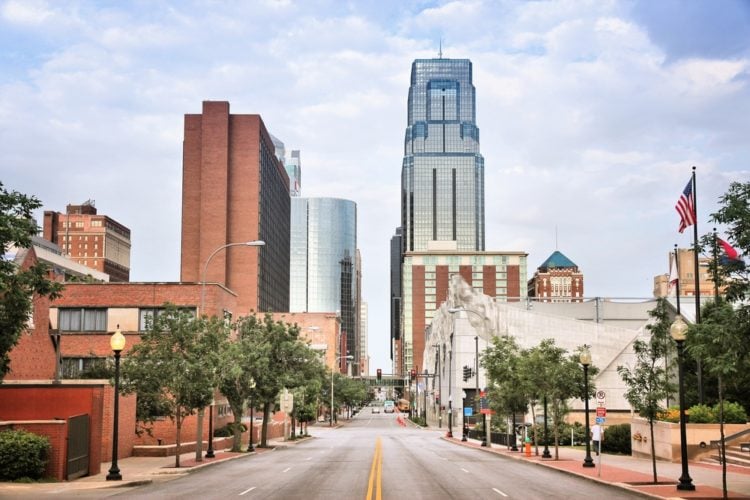 Year after year, Chinese food ranks among the most popular ethnic… 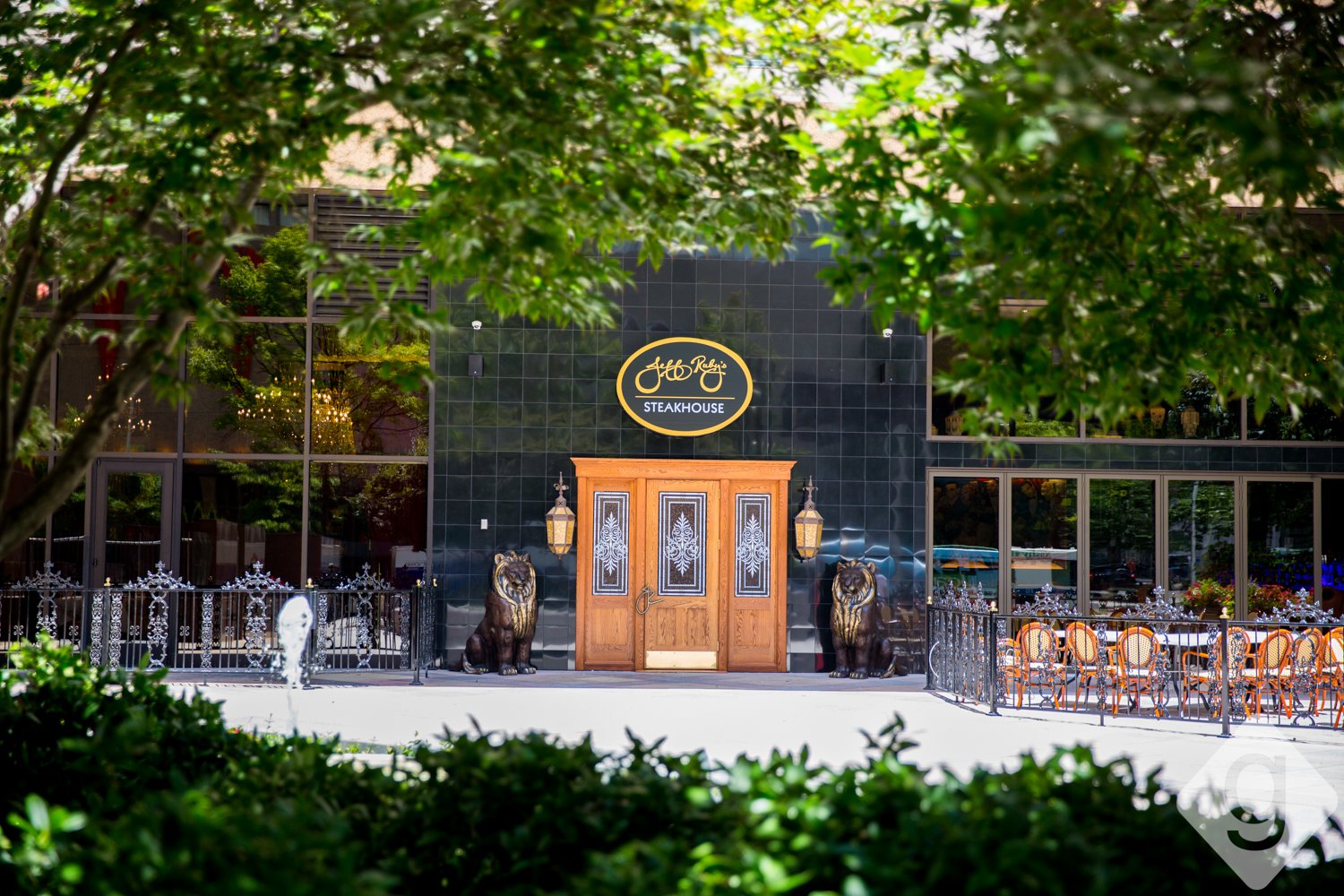 If you are looking for a great steak, you are probably…