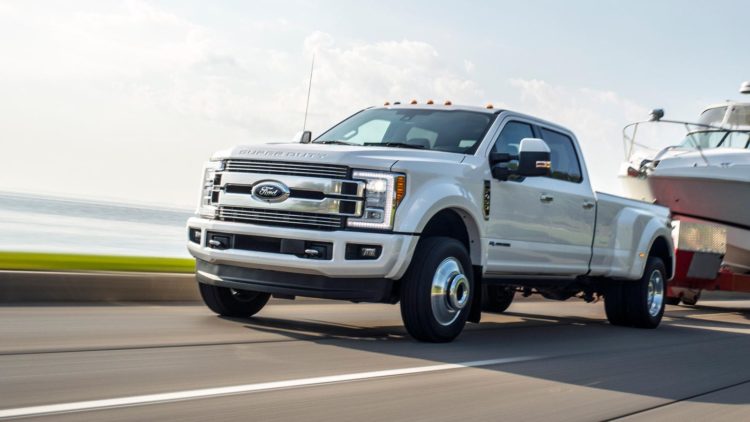 When you’re out shopping for a new pickup truck and you’re comparing prices, it quickly becomes obvious that the prices continue to go up every year. Some may be in awe of the fact that the heavy-duty trucks that come with the newest technology onboard easily reach prices of $50K to even $75,000. That’s half the price of an inexpensive home. Have you ever wondered just how much the most expensive pickup truck in the world costs? We have the answer and you might be surprised at which truck takes the honors.

With a price tag of $100,000, the 2018 F-Series Ford Super Duty Limited is the most expensive pickup truck in the world. It’s the most expensive ever produced and that sets it apart from the others. What makes this truck so special? For starters, it’s a luxury truck. The Ford automaker has taken a new path with this model that is a first in their history.

Ford’s new luxury truck has a base price of $82,130 If you want to get that in a fully loaded state, the F-450 4×4 Limited edition will rise to $95,750 before taxes. By the time these are added, you’re over the $100,000 mark. They do have a more expensive product though If you want to have a companion supercar, the new GT is priced at $450,000 which makes the cost of the luxury hauler a little more palatable. The brand has clearly risen to new heights in value with their luxury vehicles. 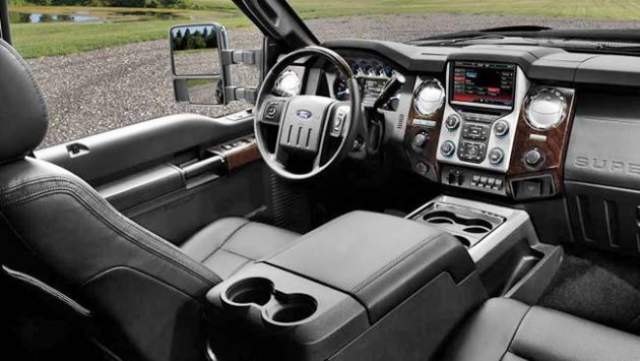 What makes the new F-Series so special?

Each of the new Super Duty Limited Editions come with a load of standard features, and the list is long. Start with the technology. Adaptive cruise control is stock in these vehicles, along with a panoramic moonroof and a 360-degree camera system. Ford has thrown in a new two-tone upholstery that is issued in Camelback leather. The headliner is made of a microfiber suede. Next, we look at the inner workings. The new trucks also come with a diesel 6.7-liter V8 engine. How’s this for the base model. It’s not exactly stripped down. Automatic lane keeping alerts let you know where the truck is traveling at all times as an extra safety feature.

Why such an expensive build?

When you consider that these trucks are made to pull high-end boats that are worth two to three times its cost, or horse trailers that are valued at a quarter of a million dollars with more than a cool million in registered horses, the price tag isn’t so bad and the owner needs a truck that will match with the rest of their equipment. The new workhorse has the capacity to tow up to 15 tons of weight without breathing hard. 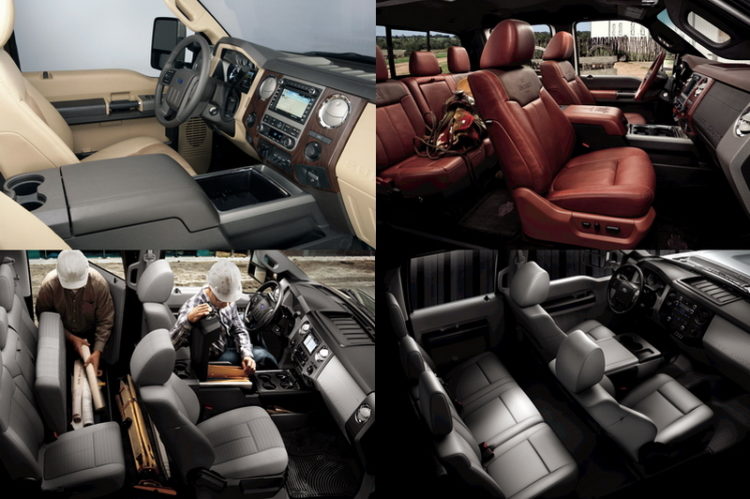 Beginning with the exterior, power running boards drop down when the door is opened to make it easier to get in and out of the tall cab of this truck. It also comes with a satin chrome grill which is a nice touch. Moving to the interior, the new upholstery for the seats and by the way, contrast stitching is included in the leather goods and this is just for starters. The seats also feature standard options for switching on heating functions and cooled massaging. The stereo is a 10 speaker premium system. Real wood trim and a ton of two-tone leather adornments are used throughout the interior. The moonroof is big and panoramic and it comes with a retractable shade. These are the stock items and if you want to add more on, don’t forget about the truck bed extender or the available off-road package. Nevermind the luxury package because it’s thrown in as a standard issue.

The new F-Series Heavy-duty luxury truck is a model that was necessary. It’s not just for looking at, although it’s hard not to stare. It’s a work-horse that has a job to do. If you’re not pulling multi-million dollar equipment then you do have other options. The less expensive truck offered in Ford’s Super Duty line has a starting price of a mere $32,000, but the seats aren’t going to massage your back.