Home
Cars
The History and Evolution of the Alfa Romeo Giulietta 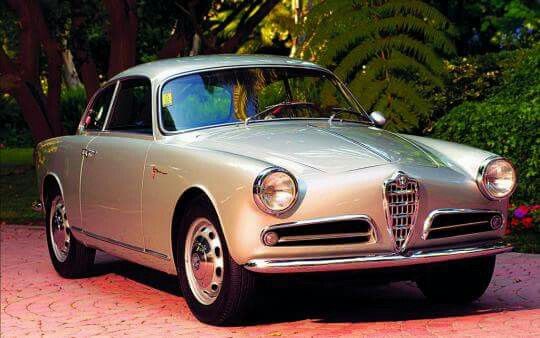 The Giulietta Turismo Internazionale was presented to the world in 1957 and it featured a more powerful engine and a few cosmetic improvements to the rear lamps, the dial lights, and the hood, but other than that remained unchanged. The Weekendina was the variant of the Giulietta in a station wagon body style. It was designed by Carrozzeria Boneschi in a limited production. The Promiscua was an earlier Giulietta station wagon designed by Carrozzeria Colli with 91 total ever made. Frankfurt gets a new dubutante The Berlina came out in 1959 as a new version and was revealed to the public at the 1959 Frankfurt Motor Show. The four-door received some serious upgrades with mechanical tweaks that included a shift of the fuel pump to a lower position and relocating the fuel filler cap. There were also some front end revisions made in addition to recessed headlamps, rounded wings, and chromed grilles. Rear changes enlarged the tail lights on the fins and discarded the old round ones. 1959 marked a year of change with new cloth material replacing the old upholstery, a dashboard redesign and the addition of tachometer, water and oil gauges in the TI edition. New type designations were also made switching from the previous 750 and 753 types to a 101 Type.

In 1961 the Giulietta T.I entered into its third series. This was the second update that the model had received. New engines were gifted to the Normale and the T.I as well as upgraded exhaust systems. The changes helped to increase the output which propelled the top speed to 99 miles per hour. New grills and larger rear tail lights were a few of the additional revisions made during this year. The old bench seats were also replaced with individual seats that included the convenience of storage nets on the rear side of the front seats.

The last Berlina produced was in 1963. This ended the production run of the model and it left the T.I. to continue throughout the next two years with the last production model built in 1965.

In 1965, a unibody construction was given to the latest and final edition of the Spider. The car was fitted with a front engine in a 1.6-liter size. There were several updates made to the suspension and they received new hydraulic drum brakes on all four. These would be the last modifications made in the Giulietta line as the family had dwindled to just a few variants with the Spider being the most prolific of the survivors. The T.I. alongside the Spider was in its final production year as well and the two were gracefully retired, leaving behind them a legacy. The sports car family had made its final appearance and would be replaced the following year by the Giulia, which had made its entrance on the scene in 1962. It was the first in the group to come out with the more powerful 1.6-liter engine which was a virtue of its birth.

The Alfa Romeo Giulietta had made a good run of it holding out for a decade with multiple variants spiderwebbing from the base creations. The family had made its contributions to the automotive industry and advanced the brand’s standing as a major contender in the production of desireable sportscars. It served its purpose and it was time for other families to represent the Alfa Romeo lineup.