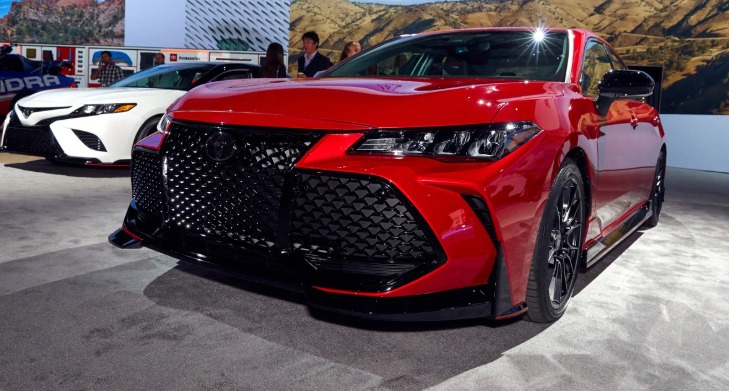 Every year comes with hope, and so most people have New Year resolutions to make their lives better. For car lovers, the best they can hope for is that car manufacturers will release new models that will have improved features. If you love full-size sedans, here are some of the vehicles you can look forward to in 2020. 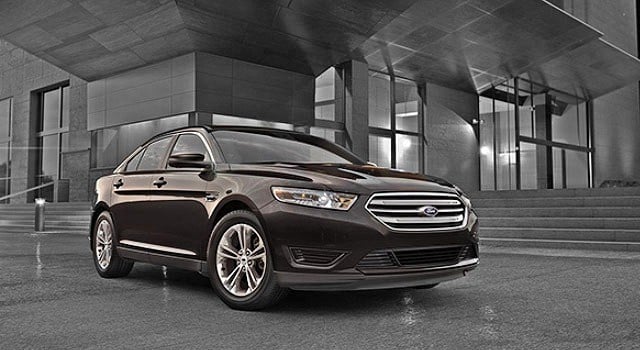 Previously, the Ford Taurus was based on “D3” front-wheel drive design, but the 2020 model will be based on the “CD4” platform. Some of the changes you can expect to see in the Ford Taurus 2020 are new headlights whose LED internals have incorporated dynamic indicators, new LED taillights and a new grille. Since China appreciates sedans for their prestige compared to the U.S. where such vehicles have been in decline, it may not get a chance to reach the U.S. The Chrysler 300 model will be phased in 2020 which will end a 15-year production run since 2005. Since discontinuation will happen in 2020, we can expect that as they replace it with an electric crossover, they will make use of the factories and give us the Chrysler 300 for the last time, at least. 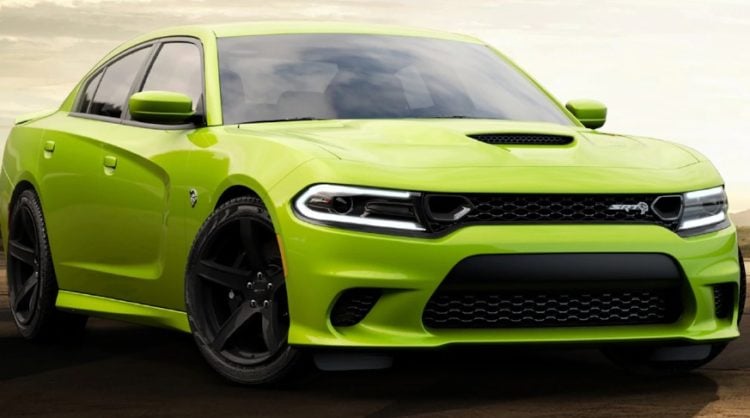 Dodge Charger will launch a widebody version of this popular model in 2020, and it will come in two models: R/T Scat Pack and SRT HELLCAT. While the current SRT HELLCAT’s hood will be used as the basis for the widebody models, the front and rear look will undergo massive changes to facilitate the widebody design. Further, both models will have electronic power steering, and the dual 5-spoke 20-inch by 11-inch wheels will be standard features. While the U.S consumers continually prefer light trucks to passenger cars, General Motors had decided to stop manufacturing the Cadillac CT6 and Chevrolet Impala cars. However, we are in luck because they have extended the time to shut down their factories until January 2020 due to demand and supply. Although the decision will impact profoundly on the employees, they are expected to remain working on the Cadillac CT6 and Chevrolet Impala until January 2020. The fact that Toyota Avalon is relatively new having been released in 2018, we may not expect lots of changes in the 2020 model. Some of the features you can expect to see in the Toyota Avalon include a 3.5-liter V6 engine with an output of 301 horsepower and 267 lb-ft of torque. As for the interior, it will carry a luxurious feel with its leather upholstery, auto-dimming rearview mirror, smart key ignition with a push button, 9-inch touch screen dual-zone climate control and many more. 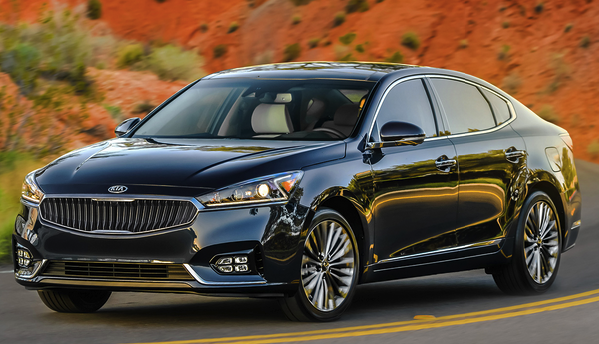 The Asian market can expect to see the Kia Cadenza in early 2020 or if luck is on their side, by the end of 2019, meaning the U.S market can only get it in 2020. The Kia Cadenza boasts of a 3.4-liter V6 engine that can have an output of almost 300 horsepower while the fuel economy in the city can average 24 mpg. You should expect to enjoy the luxury that the vehicle will offer through the leather seats while the technology will be on another level. It will have a large touchscreen with GPS, and audio speakers will enable you to have an entertainment system like no other. If you have seen the Nissan Altima, then you can capture an idea of what to expect in the Nissan Maxima. It promises to be among the best–looking sedans in the market. The interior will incorporate patterns such as the diamond pattern in the door panels and seats and hexagonal shapes on the vents. You can choose between standard cloth and leather for the seats, but both provide the same level of comfort and style. The 3.5-liter V6 engine will have 300 horsepower, and 260 pound-feet of torque and the vehicle will get an AWD (All-Wheel-Drive) system.

The Volvo S90 will hit the markets early in 2020 and will go for $48,000 and will be available in several colors including water blue, ice white, silver-white metallic, black natural stone among others. The back seats will have comfortable armrests, and the legroom will be more spacious since it will increase by 4.7 inches to reach 40.5 inches. It will have lots of technology incorporated features such as lane keeping support and a Sensus infotainment system. 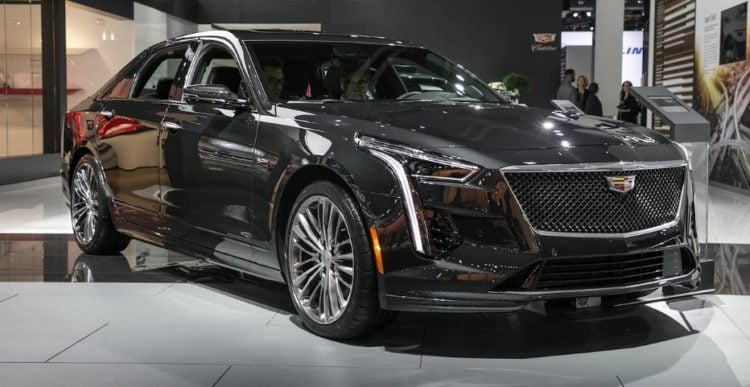 General Motors will be pulling its plug on most of its vehicles, and although beyond 2020 we may not expect another Cadillac CT6 car to be produced at least we will have thoroughly enjoyed what the car will offer. But only if you can afford the $60,000 starting price tag that the remaining variants will have. Although the official news is not out yet, the likelihood of the Cadillac CT6 in 2020 is high, so let us wait and see. The first thing Top Speed informs us of what we should expect from the 2020 Mercedes-Benz S-Class is that the new model will do away with lots of the plastic with the only plastics remaining in the grille, bottom of the doors and hood. The door handles will be electric, and the front and rear will boast of full matrix LED headlights, with the rear lights having moving indicators. The wheels will range between 18-20 inches in diameter, and the height will decrease to facilitate a sportier look. Car and Driver lets us know that we should expect electric gas versions of the A7 hatchback, Q5 crossover and A8 sedan in the next 16 months from now. The Audi A8 along with the new hybrid models will run on a turbocharged gasoline engine, an 8-speed automatic transmission and a synchronous electric motor. While the 14.1 kWh lithium-ion battery will provide 25 miles electric driving range for Europe’s WLTP cycle, the U.S. market will have a different number to comply with America’s EPA cycle. Audi A8 will have a “60” designation implying more power compared to the other two hybrid models. 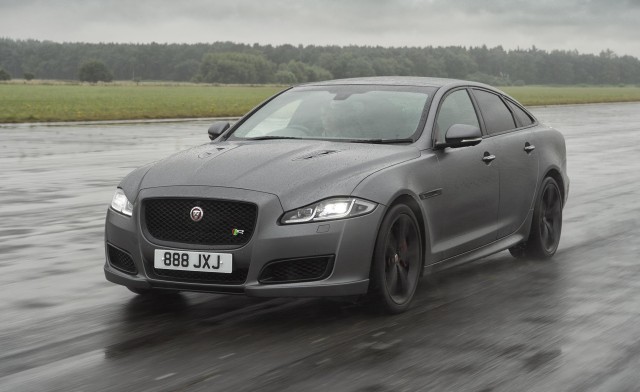 In 2016, the next-generation Jaguar XJ was rumored to be released in 2019, but even now when we are almost halfway into the year, there is still no hope for seeing it, so we are pushing it to 2020. The Jaguar XJ, according to Auto Blog, will upgrade its battery capacity to 100 kWh, up from the I-Pace that holds a 90 kWh battery and two electric motors. This model will also have four electric motors, and when powered, each will deliver 200 horsepower. As for the exterior, speculations are that it will not make any changes.

Although it will not undergo major changes, there are some revisions the new model will undergo mainly at the rear and front end. The headlights are expected to undergo significant revisions along with the front bumper and grille. While at the time of the spying the interior modifications were yet to be displayed, we should expect to have a modern infotainment system, but the question remains as to whether they will remain with the MyLink infotainment system or use a PSA-sourced system instead. Other changes could be in the engine since users expect more power with every new model released. The 2020 Maserati Quattroporte is going to have some redesigning. Some of the changes you should expect from the interior of the vehicle include an upgraded 8.4 inches touchscreen in which the calls on-screen have been removed and been replaced with a single multi-purpose button at the center behind the shifter. As for the cabin, you should expect a mix of leather, hardwood, and stainless steel, and for those who prefer carbon fibers, they will get that option readily available. The back seats will also be very spacious to accommodate two or three travelers.

If you prefer a Lincoln Continental with more improved features, you can wait for the 2021 model that will be released in the last quarter of 2020 or the first few weeks of 2021. However, you must be willing to part with $45,485, but it will be worth it considering the 400 horsepower the 2.7 liter V6 turbo will deliver. The fuel economy averages 16 mpg in the city and 24 mpg on the highway. It has been acclaimed to bring out the most in elegance and design. Anyone who loves smart products will fall in love with the upcoming 2020 BMW 7 series which all you have to do to activate the digital assistant is say “Hey, BMW” according to Edmunds. Users will also find the driver assisted features such as the blind-spot monitor, and lane-departure assist useful. For those who have trouble when getting the vehicle out of a parking space, this new model will come with a Back-up assistant which will enable you to reverse out of the parking space using the same line you used when parking. Having been in the market for over 30 years since 1986, the Hyundai Azera has gained a large following of consumers due to its excellent price-performance. The article further confirms that we should expect it to arrive in the market in 2020 and some of the changes the new model will have are on the exterior design but the size and dimensions remaining the same. It will incorporate new LED headlights while limited models will offer fog lamps, ensuring perfect lighting for the driver in foggy weather. The dashboard will have an improved look with more technology, such as a touch screen. The Genesis G90 was reportedly expected to be in dealerships by Spring or summer of 2019 but considering we are approaching the summer and yet to get any confirmation. It is safe to say we might as well expect it to be released early 2020. It will be a major competition for Lexus LS, Mercedes-Benz S-class and BMW 7 Series some of the features it will have are a 3.3-liter V6 engine delivering an output of 365 horsepower and 376 pound-feet of torque. However, this will be for a special order model while the standard will have a 5.0-liter engine delivering 420 horsepower and 383 pound-feet of torque. For those who expect every new model released to offer extra features worth waiting for, the 2020 Lexus LS is not worth the wait and one should buy the 2019 model. The reason for this opinion is that apart from a higher price and paint-color change, we should not expect anything more from the 2020 model. You should, however, find the Kiriko Glass trim impressive if you love a little more detail in your car since the hand-detailed intricate patterns on the glass will give it a sophisticated look. Although General Motors wanted to stop its production in 2017, the Cadillac XTS received an improvement with its 2018 model. The vehicle was viewed as a stop-gap by many and ever since its launch in 2013, it has continued to get small modifications. Unfortunately, come the 2020-2021 calendar year, the vehicle will be discontinued, but maybe before the factories shut their doors in January 2020 General Motors will have manufactured at least a few Cadillac XTS vehicles; we can only hope.