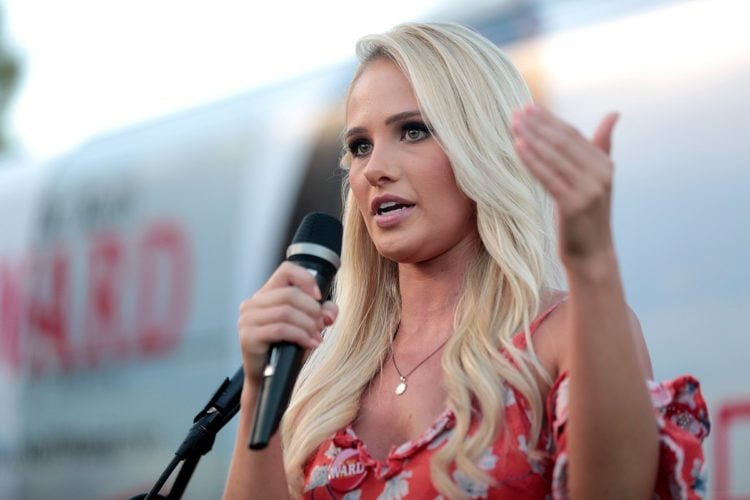 Tomi Lahren is best known for her conservative views as a part of Glenn Beck’s team on “The Blaze.” She became famous on Fox News and even had her own talk show, but she was fired when she made a statement about women’s rights for legal access to abortion on the air. She has built a successful career and has amassed a small fortune while still in her early 20s. Tomi Lahren has an estimated net worth of $3 million as of 2019, but how did she make so much money? We conducted a little research to learn more about her career and how she came to be so wealthy and here is what we discovered.

A multi-millionaire at age 25

Tomi is known for being outspoken and saying exactly what is on her mind. While so many of the younger generations embrace liberal political views, she is not one of them. She is known as a hard-core conservative with an occasional bobble and leaning towards the other side, but she maintains a hard conservative line in most cases. This has gained her a great deal of attention and even fame. When Tomi Lahren is one the air, conservatives tune in. This fact has made her a valuable member of the journalistic team.

Tomi Lahren was born and raised in a military family. Her home town is Rapid City, South Dakota. She attended college in Las Vegas, Nevada at the University of Nevada, where she earned her degree. She earned a degree of attention when she was a featured personality in the 2010 edition of the Rapid City Journal for a feature story. The piece was about teenagers looking for their first jobs and she shared her displeasure about the fact that schools don’t give out much advice about how teens can get summer jobs. She was sharing her opinions publicly at a young age. She had a lot to say about it and her words made a lot of sense and pointed towards this gap in education and she even took it further by suggesting that it would also be good for employers to meet students before college so they could get to know them before they graduated and returned as applicants for full-time jobs.

Lahren enjoyed being on camera and she set her career aspirations to become a political pundit. She chose the University of Nevada Las Vegas for her college because she knew that the institution had a program that would help her to launch her career. She had her own show while she was still a student at the school which was titled “The Scramble.” After college, she served an internship with the U.S. House Representative for South Dakota, Kiristi Noem.

She chose a new network to start her career

Tomi did her research and began her search for a conservative news outlet on the internet. One America News Network came up in the results. She believed that it was an up and coming network that was a good alternative to Fox News. She interviewed for an internship with the network, but instead of getting an internship, they offered her the opportunity to have her own show that would be titled “On Point With Tomi Lahren.” The show launched in the Fall of 2014 and Ms. Lahren had her own show at the age of 22. She stayed with the network for a year before joining Glenn Beck on “The Blaze” where she hosted “Tomi.” After a disagreement, Beck fired Lahren from the show. She sued him for wrongful termination and won an undisclosed amount of money.

Tomi Lahren has earned a lot of money since launching her career. We learned tht as a talk show host at “The Blaze,” she brought in $190,000 per year and on top of that she had an annual budget of $40,000 for wardrobe. It is still unknown what she was paid for her work at Fox News. She is presently a Fox News contributor and although the amount that she receives has not been disclosed, given her popularity with scores of fans, it has to be substantial. She currently works in the communications division of the Great America Alliance in support of the re-election of Donald Trump for 2020.

How did Tomi Lahren earn a net worth of $3 million

When we review Tomi’s past and examine her career endeavors it becomes obvious that she is a very determined young professional who has a passion for political commentating. She is well-educated and she has a firm grip on the current events taking place within the political arena. She has been recognized by The New York Times as a rising media star and also given recognition by BBC News. She has made some controversial statements and she is not afraid to engage in debates with those who oppose her views. She is a hardcore conservative who holds some beliefs that go against those of the majority of conservatives but she doesn’t care and she isn’t backing down. Tomi receives criticism from both liberal and conservatives but she is true to herself and she won’t sell out. She’s earned a great deal of respect and admiration and this has helped to contribute to her current net worth of $3 million. Tomi Lahren is just 26 years old, and with four years as a professional political pundit and commentator, she has achieved a remarkable degree of success, and Tomi is just getting started.