Home
Cars
The Top Five BMW i8 Models of All Time 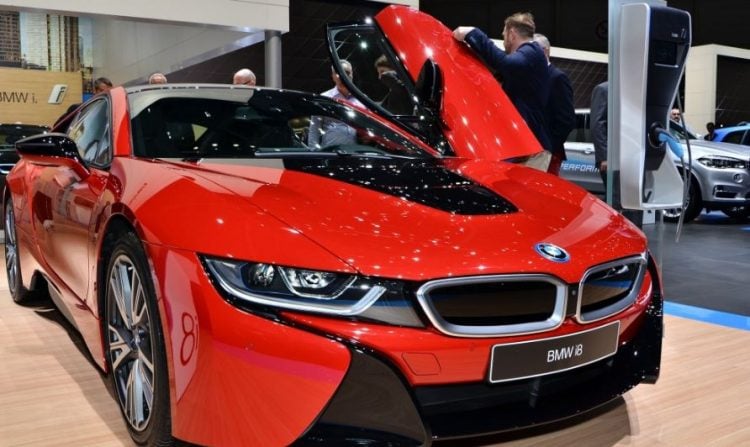 The BMW i8 is perhaps the marque’s most striking model to date. The car is designed to deliver on speed, power, luxury, and, most importantly, environmental conservation. A petrol/diesel-electric hybrid, the BMW i8 is set to revolutionize car making, and it has done an unarguably good job of setting the pace for other car makers. BMW has continued to impress with each of its i8 models. Every model seeks to push performance higher, and considerable progress has been made since its debut in 2009.

Here is a review of the top five BMW i8 models of all time. 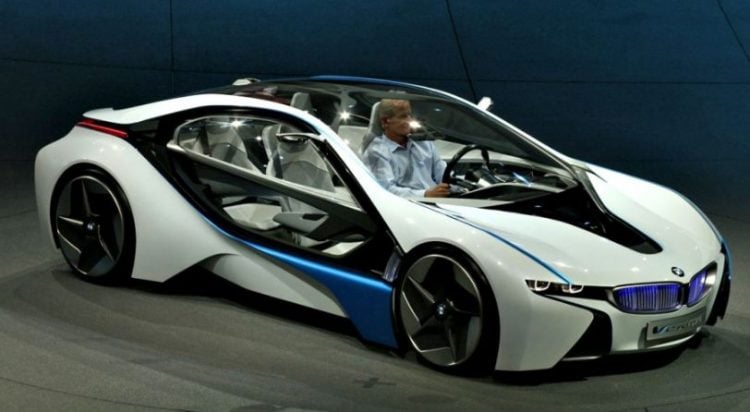 BMW first came into the spotlight through the BMW Vision EfficientDynamics, its first i8 model. Renowned designers Jochecn Paesen and Mario Majdandzic were the brains behind the car’s interior and exterior, and it is anything but subtle. The exterior features a long wheelbase, scissor doors, and short over-hangings that give the car a sleek and super look that it is suited for. The interior, on the other hand, is elegant and comfortable – classic BMW style.

The BMW Vision Efficient Dynamics features two electric motors that are capable of pumping out 139 hp. Coupled with a three-cylinder turbo-diesel engine, the car is capable of attaining a top speed of 250km/h and accelerate from 0 to 100km/h in just 4.8 seconds. In spite of the power that this model packs, it is incredibly environmental friendly as it registers an average fuel consumption of only 3.76 liters per 100km and a CO2 emission rate of 99g/km. The BMW Vision Efficient Dynamic is ranked among the high-end sports cars in every aspect, including price, which revolves around $140,000. 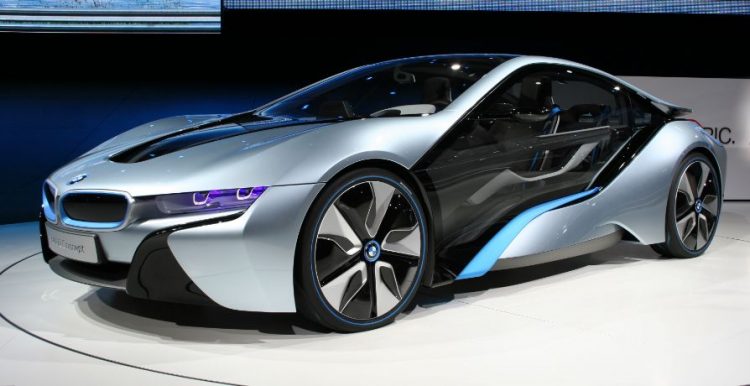 The BMW i8 Concept came with several major upgrades from the Vision Efficient Dynamic. Its impressive looks combined with incredible speeds made it one of the cars to feature in Mission Impossible: Ghost Protocol. This model features an ingenious design meant to boost horsepower. The front wheels are powered by an electric motor with a 129hp output while the rear wheels are powered by a 3-cylinder turbocharged engine with a 220hp output; combined, the car registers a maximum of 349hp power output, almost twice as much as the model’s predecessor. However, the top speed is still electronically limited to 250 km/h, but this is more than what most people need.

Perhaps the best thing about the i8 Concept is that it is incredibly fuel efficient, which is good for the environment and your pocket. It has an all-electric range of 35km, and it consumes just 2.9 liters of fuel per 100 kilometers. It takes less than two hours to fully charge the battery, using 220v power outlet. The price of the BMW i8 Concept ranges at about $150,000. The Concept Spyder retains much of the power and speed of the i8 Concept, but it makes major improvements to technology and looks. The BMW i8 Concept Spyder features a removable rooftop and a slightly shorter wheelbase. Other new features include interlocking lines and surfaces, a garish orange color, and tanned leather upholstery for utmost comfort.

Its maximum speed remains the same – 250km/h – and the car registers 349 horsepower like the i8 concept. However, it differs greatly from the latter when it comes to the interior, which is fitted with diverse gadgets for various entertainment needs. For instance, it is equipped with a 21-inch digital screen, sat navigation, touch-sensitive surfaces, and gesture-recognition technology that allow you to adjust volumes by simply rotating your finger in the air.

However, the most amazing feature about this model is its three-dimensional display. This technology uses depth of field and color to provide information based on fuel and battery power levels as well as speed for flawless driving. Although there were concerns that the Spyder would be unstable due to its removable roof, it has proven to be just as fast and efficient as its predecessors. The car is just as expensive as it is sleek and fast, with a staggering price tag of about $148,000.

Based on the BMW i8 Concept, the i8 Coupe Prototype retains that classic look of the i8 model, except for a few changes. It also makes some improvements to acceleration, fuel efficiency, and environmental friendliness. It registers a top speed of 250 km/h, and the three-cylinder 1.5 liter twin-power turbo engine enables it to accelerate from 0-100km/h in just 4.4 seconds.

The interior is comfortable as it features leather seats and upholstery, and the i8 Coupe Prototype borrows some of the cool gadgets from the i8 Concept Spyder. However, there is limited room for storage, but there is just enough room for the driver’s and passenger’s comfort. This model goes for about $140,000. The BMW i8 Protonic Red Edition takes luxury and beauty a notch higher. It comes in an elegant bright- blue color with frozen-grey metallic finish accents and 20-inch W-spoke light-allow wheel painted a sleek orbit-grey. The doors are the main stars, as they open in a swing-up style and rise well above the sleek roof. The interior, on the other hand, features double-stitched red seats, high-grade carbon fiber, and ceramic trims for optimal comfort and luxury.

Maximum speed is electronically limited to 250km/h, and the car can accelerate from 0-100km/h in less than 4.5 seconds. There is little space for luggage, but you will not experience the fatigue associated with typical sports cars after a long drive as the seats are incredibly comfortable. Entertainment is also guaranteed thanks to the array of gadgets fitted in the interior. The 2016 model retails from $150,000.

The BMW i8 is one of the first steps towards a future characterized by super cars. Virtually nothing is left to chance with the i8: you get thrilling top speeds, an earthshaking power, and a design that will make you look like a celebrity wherever you go. And, still, this is not the best thing about this hybrid.

The real highlight of the BMW i8 lies in its fuel efficiency and environmental friendliness. Not only does it use less fuel compared to most other sports cars, but it also utilizes electrical energy, with the electric motors providing an all-electric range of up to 35 kilometers. The BMW i8 is undeniably expensive, but it is affordable to maintain and will make your driving flawlessly comfortable.