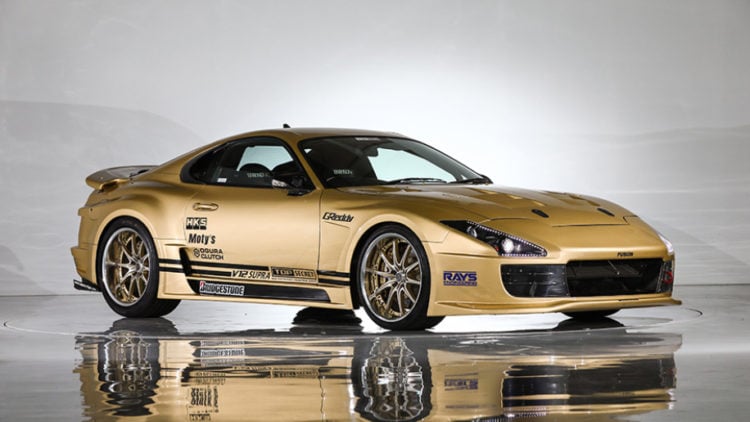 Toyota has been keeping a secret but the word is out. The new top secret V-12 Toyota Supra you never knew about is on its way to auction. The mysterious supercar is a V-12 conversion that has been kept under wrap until its recent unveiling. It’s not a model that is scheduled for mass production, so this one of a kind beast will go to the highest bidder with one lucky owner of the example that is a rarity that is certain to gain in value with the passage of time.

A Masterpiece in the making

It was early on at the turn of the century that the founder Kazuhiko “Smokey” Nagata conceived the notion of a supercar that would scorch the highway with brilliant speeds and devilish good looks. He entered stealth mode and began work on the phenomenal auto with a MkIV Toyota Supra. He lifted a V-12 engine from a Toyota Century. The transplanted engine isn’t justs a stock V-12, because it didn’t meet his requirements for the kind of performance he would be satisfied with. After giving it a run, he decided that it would come closer to meeting his high expectations with the addition of HKS turbochargers. He took it a step further and threw in a nitrous kit for good measure.

The top secret V-12 Toyota Supra wasn’t to be an average project car. Nagata had a big job ahead of him and it would require a lot of planning and elbow grease. The modifications were significant and this meant that there would be additional tweaks and mods along the way to make all the internal workings combine into a symphony of power and prestige. There are some out there body enhancements as well, because the Toyota Supra V-12 was to be a work of art in form and function. Due to the limited amount of space towards the front of the car, the radiator had to be installed at the rear. The engine and the intercooler had used up all of the available space in the front. The project turned into a labor of love for Nagata. For his troubles, he created a finely tuned machine and a screaming engine that churns out 930 horsepower along with 745 pound feet of torque. 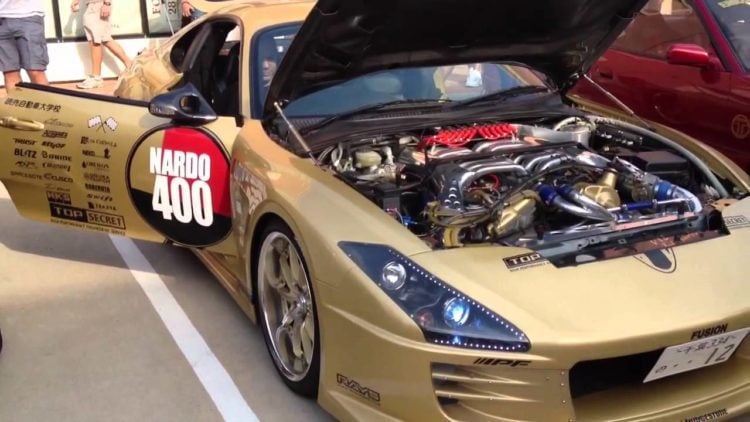 The Pride and Joy of the master

When it came time to find out just what this top secret beast was capable of, Nagata chose Italy’s Nardo for the initial test run for establishing just how fast this thing could go. It was during this run that Nagata discovered the true essence of speed and what the catch phrase “high performance” really means. The top secret Supra V-12 climbed to an amazing speed of 222 miles per hour during the test run. It seems that Nagata had a tough time shaking the feeling of speed as he took it to the British roads, where he was busted for driving his prized Supra at speeds of nearly 200 miles per hour on domestic roadways. We’re not privy to the penalties of his actions, but one could imagine that they were stiff. Perhaps this was when he got the notion that the best place to test the full capacity of the supercar would be at Narda, where he would not subject himself to legal repercussions for breaking established speed limits.

Where you can get one

When we say “one” we mean a single auto that is the only one of its kind in existence. This is the pride of “Smokey” Nagata and there was only a single example of the top secret vehicle was ever built. Of course, if you want to be the next to own the Toyota Supra V-12, you’ll need to bring your bankcard and it will need to be fortified with a healthy reserve line. The car is headed for auction and is currently listed on the BH Auction website. The secret is out on the Toyota Supra V-12 and it will become the fulfillment of desire for the highest bidder. The auction is scheduled to coincide with the January 14, 2018 Tokyo Auto Salon. There will be other fine examples listed including a Toyota Sports 800, a 2000 GT, and a R34 Nissan Skyline GT-R.