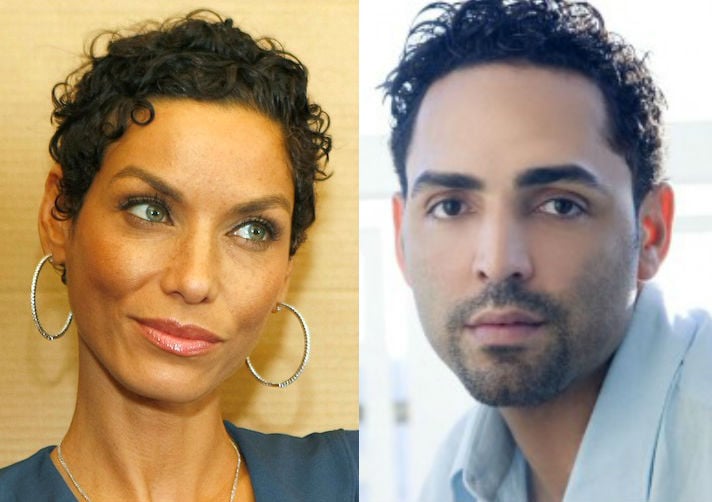 For centuries con men and women have taken unknowing people for their money. Although the con games may slightly change over the years, the device, dishonesty and the purpose, greed, remain the same. Before trying to understand how he took the ex-wife of Eddie Murphy, Nicole, for 7 million dollars, it’s important to look at Troy Stratos himself. His lies, along with name dropping and the expensive lifestyle he lived, gave him access to the rich and famous.

He claimed that he and some foreign royalty invested early in America Online (AOL) and the dividends had created his fortune. This turned out not to be true, along with other stories he told. Always wanting the best, he had no qualms about waking up his assistant, asleep on the other side of the globe, when he arrived in Switzerland and was greeted with a white limousine instead of a black model. He scoffed that white limos were for weddings and pimps, and made demands until he got what he wanted. Sources also say that he had one person on his staff whose job is was to make sure his cars smelled pleasant, as Stratos was a hard man to please.

Gaining access and an air of credibility, he courted wealthy investors with movie deals that would never be made, and shady land deals that would never be developed. Although his company, Next Level, never made any profits, he lived like a king on the money he swindled. In 2007, A former employee who was owed around $95,000 founded up a website, imettroy.com, so that others who were bilked by Troy Stratos could share stories and warn others about his games, according to Bloomberg.

His method of operation was to go to an area, play a con, and then skip town before the loose ends could be tied to him. He would check into fancy hotels with credit cards issued in aliases, and leave without paying, Stratos went by several names, including David Burton, and was caught in France for fraud, but the charges were dropped. A compulsive liar and gambler, Stratos kept going for larger cons including everything from music and movie production, internet companies, and property deals. Instead of just amassing a fortune and being satisfied, greed and the love of the con game spurned him on to go for bigger and better sources of cash.

Claiming he could get President Barack Obama to attend a party for the right price, his inflated claims of access to the rich and beautiful opened some doors for Stratos, although he found some shut quickly behind him once they learned the truth. He did have some familiar connection to fame, as his stepmother is jazz singer Nancy Wilson. He had tried his con game on her too, arranging a comeback for her featuring a song that he said he owned the rights to, but in fact, did not.

Raised in Fair Oaks, California, Troy Stratos, born Troy Stafford, said he changed his name to honor his Greek heritage. He was raised by his grandparents and changed his name when he turned 21. He also claimed that Nicole Murphy was his first love, and he actually introduced her to Eddie Murphy. He claims that Nicole contacted him in 2005cafter the Murphy’s were divorced, eager to resume their relationship. She also had a 15 million dollar settlement from her divorce. According to Stratos, he and Nicole got close again and decided to have a child, and therefore merged their funds. Nicole has not commented on this claim. Some of the investments he pitched to Nicole was for her to launch a singing career. He also wanted her to capitalize on being the ex-wife of a celebrity and sold her on starting a jewelry company, Collection X, featuring jewels given to famous ex-wives. She gave over the jewelry Eddie gave her to Stratos but it somehow disappeared.

Knowing Troy for 34 years, she trusted Stratos to manage her wealth, as he promised to invest in Dubai and the United Arab Emirates, where he promised that she would make more investment returns and he would put the proceeds of the investment in a Swiss bank account. Then he began pressuring her to sell her exclusive home that she kept in her divorce to Royalty in the Middle East, but when she didn’t agree to the sale he simply moved in with her. He then persuaded her to refinance the home she once shared with Eddie Murphy in addition to a home she purchased for her parents. The home was in a trust controlled by Nicole and now Stratos, and he used the escrow to keep his lifestyle going.

Appearances were everything to Stratos, and he spent money on many personal expenses, including a large number of high colonic treatments, according to Bloomberg. He later tried to gloss over his relationship with Nicole, saying that he was merely the caretaker of her home and her financial advisor, and had told Nicole that it would be a smart move to refinance the homes, as her funds were tied up overseas. With her plentiful funds, he leased a Rolls, a Lamborghini, and other expensive items to support his lavish lifestyle.

After his arrest by the FBI, Stratos was held in police custody until hearing dates on Ms. Murphy’s case and another fraud case could be heard. On August 31,2016,Troy Stratos pleaded guilty to one count obstruction of justice eleven counts of wire and mail fraud,and two counts of money laundering according to The Sacramento Bee. Stratos’ crimes against Ms. Murphy did not go to trial, as the evidence was overwhelming and a complex web of lies, deceit, and would require many pf Stratos’ victims to testify. Further complications arose from the star witness being a former embezzler who would be testifying against Stratos to gain a reduced sentence.

Now, as Troy Stratos has taken a plea, he is most likely in for a long jail sentence. Nicole Murphy, however, has rebounded from this ordeal she suffered at the hands of a long time friend and has gone on to her career in modeling and singing.