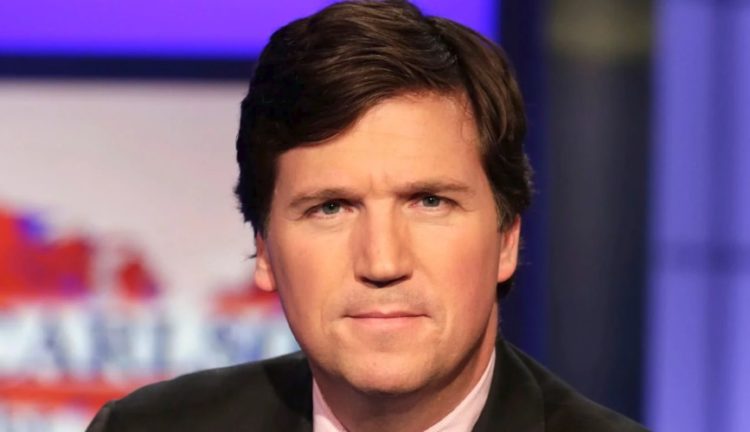 Tucker Carlson is a name that should be familiar for people who pay very close attention to American politics. This is because he is a figure of some note when it comes to American conservatism, though he is far from being capable of claiming the same status as, say, either a Rush Limbaugh or a Bill O’Reilly. With that said, since Carlson is rather notable in his own right, it should come as no surprise to learn that he is indeed a millionaire with an established net worth of around $16 million.

How Did Tucker Carlson Reach His Current Net Worth?

For those who are curious, Carlson was born in San Francisco, CA but was raised in one of the seaside communities that can be found in San Diego, CA. His father is an ex news anchor who has served as the president of the Corporation for Public Broadcasting as well as the U.S. ambassador to the Republic of Seychelles. Meanwhile, his mother left the family for the purpose of pursuing a bohemian lifestyle when he was still at the age of 6. Eventually, Carlson went to Trinity College in the state of Connecticut, from which he emerged with a bachelor’s degree in history.

After graduating, Carlson proceeded to become involved with conservative media. For a time, he enjoyed uncomplicated success, as shown by the fact that he managed to make a smooth transition to CNN where he was named a co-host of his own show called Crossfire. Unfortunately for Carlson, he had a heated exchange with Jon Stewart on Jon Stewart’s The Daily Show, where Stewart proceeded to crush him while arguing that his show was bad for the overall state of political discourse in the United States. Due to this, there are a lot of people who believe that CNN cancelled Crossfire because of said incident, though Carlson claims that it was he who made the choice to stop working with CNN rather than the other way around.

Whatever the case, Carlson’s CNN show was followed by a MSNBC show, which managed to last for less than three seasons before it winded up being cancelled because of low ratings. After which, he managed to find his way to Fox, where he managed to become a regular contributor. Eventually, a few years in said role resulted in Carlson getting another show to call his own, which would be the Tucker Carlson Tonight that started up in 2016 and is continuing in the present time. This time around, Carlson seems to have managed to find commercial success, though his material has been criticized by various parties such as CNN, Vox, and Business Insider for promoting white surpremacism. On top of this, even the neoconservative Bill Kristol has called Carlson’s views as being “ethno-nationalism of some kind,” which is rather concerning to say the least.

Besides his shows, Carlson has earned more revenue from other sources as well. Moreover, the nature of these sources shouldn’t be too surprising for people who are familiar with conservative figures. For instance, Carlson has written books espousing his political views, which is almost expected for the more controversial conservative commentators that can be found out there. There is no way to tell what portion of Carlson’s net worth has been built up through his TV appearances and what portion has been built up through other sources, but considering the number of books that he has apparently managed to sell, it seems likely that the figure is a noticeable one.

Currently, Carlson seems to be at a high point in his career. However, it will be interesting to see how his show will fare in the near future. After all, Carlson’s show is very much tied to the latest political trends in the United States, meaning that wide-scale political occurrences are likely to have a significant effect on his own prospects. No one can predict the future with certainty, but under the circumstances, it seems likely that American politics will be pretty exciting for some time to come. However, it remains to be seen whether those trends will have any noticeable impact on the financial performance of the conservative media machine that has sprung up around Carlson and other conservative commentators.