Home
Cars
What Is A Cadillac Flower Car? 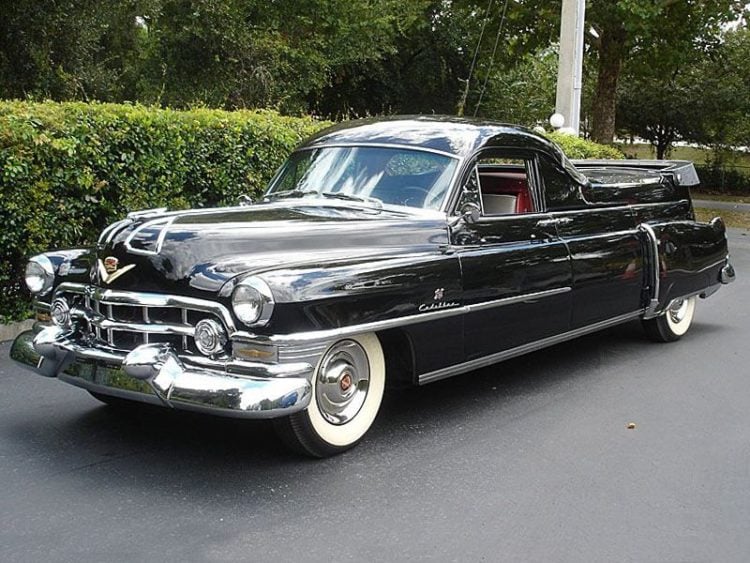 We’ve seen our share of Cadillacs converted into specialty vehicles throughout the years. While the name is associated with posh luxury, the long-wheelbase has made the basic design suitable for several different uses throughout its history. Among the most memorable is the Cadillac Flower Car. If you’re not familiar with the term, don’t feel bad. Cadillac didn’t roll them off the assembly lines. Experts in fabrication converted select Caddy models with the modifications to create a funeral car, hence the name “flower car.” We now look at the history and evolution of the Cadillac Flower Car.

What is a flower car?

A flower car is a car that emerged in the United States for use in the funeral industry. The vehicle carried coffins beneath a bed of flowers for burial services. The Cadillac Flower Car design took inspiration from the chassis used to craft a hearse with half-height bodywork in the rear resembling the bed of a pickup truck to create space for the coffin and flowers. Special liners to accommodate flowers and caskets held everything in place when used in formal burial services. Hydraulic systems installed to raise and lower the bed in some models streamlined funeral processes. Other style flower cars relied on a manual lift and lower system per Wikipedia. The first flower cars appeared in the 1930s, but not all funeral homes could find these luxury vehicles. There weren’t many built at first. Flower cars were a specialty item that was hand-crafted by specialty coachbuilders. They were made specifically for the funeral market. A few dozen came out per year. Flower cars that emerge today are rarities considered to be highly collectible in the vintage and antique car market. 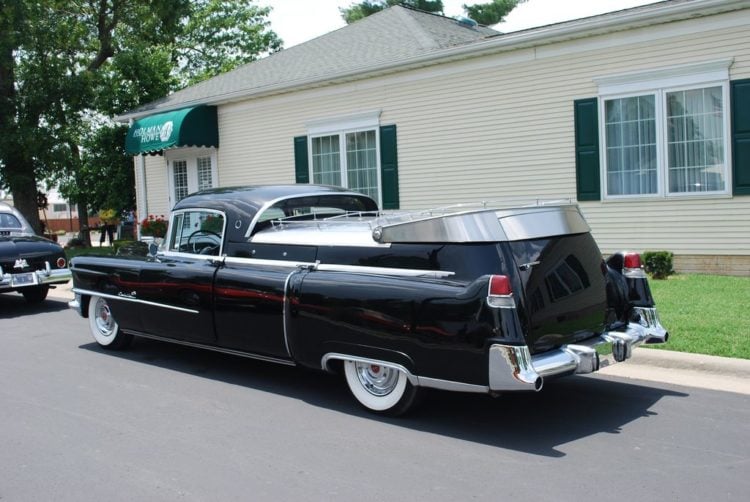 In 1952, coachbuilders created the Cadillac S&S Florentine Flower Car/Hearse. This design was labeled as a “casket bearing model,” as many featured built-in designs to carry flowers only. This specialty car was an extravagant Flower Car built to carry flowers along with the casket at funerals of dignitaries, celebrities, and VIPs of all types. Racks were fashioned of wood or chrome and built into the vehicle, supported by hinges made to display flowers around the casket. The 1950s was the high point for flower cars in terms of popularity. The flower car came in a choice of 2 traditional funeral hearse styles that included the Limousine and the Landau. Interiors of these flower cars came lined with heavy drapes and Mohair interiors.

According to Classic Dream Cars, the Western-style featured an open space behind the passenger part of the vehicle, made for holding flower baskets. The flower display area was protected by stainless steel or canvas with the Tonneau cover fastened into place under or over the flowers. 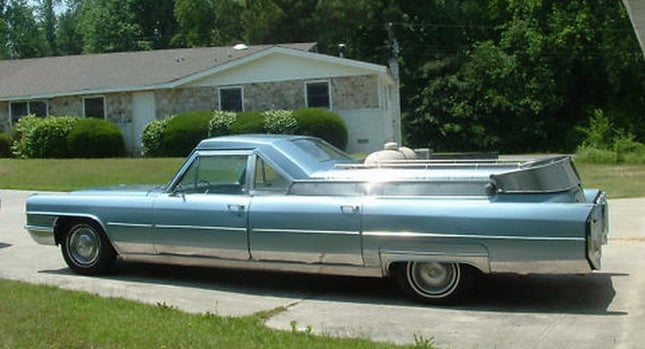 The Eastern style flower car was the more expensive option of the two. It came equipped with an adjustable steel deck that was raised and lowered through a hydraulic system. Floral sprays were arranged throughout the deck and were held by ornate chrome rails to create an artistic display. It carried the flowers from the funeral home to the graveside of the cemetery for an extravagant display. Both base and deluxe versions of the Eastern style flower car became available. Some featured specially designed wind protectors to keep the flowers in place in turbulent weather, and they had a faux convertible top with hinges to quickly move them out of the way. Funeral home staff lowered caskets with help from the hydraulic system, making their jobs easy and more seamless. A flower car served the same purpose as a Hearse. Some flower cars were used only to carry flowers, depending on the wishes of the family. The formal term for these vehicles was “Floral Funeral Coach.”

Who built the Cadillac Flower Cars?

Cadillac wasn’t into the business of modifying funeral cars, but there were plenty of coachbuilders who got in on the practice of making hearses from a Cadillac chassis. Specialty Hearse offers conversion of your Cadillac into a modern iteration of the Cadillac Flower Car currently. You may either use a Cadillac chassis that you own or choose from their fleet of Caddy Chassis’ to begin the modification process. The coachbuilder specializes in custom Metropolitan Cadillac Flower Car models. The building and modification process takes between 12 to 14 weeks. Every vehicle conversion comes with a 7 year/70,000 mile warranty on the conversion. 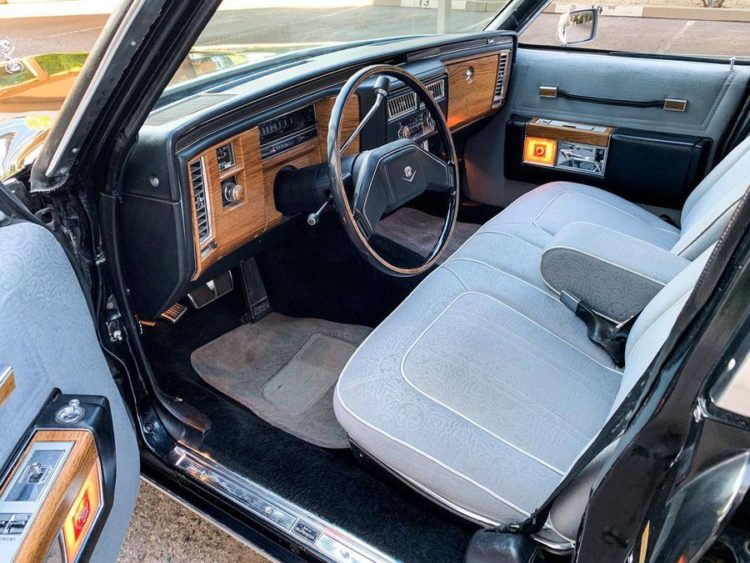 We were curious about the current value of a classic Cadillac Flower Car. What would one be worth today? Our research turned up a 1959 Cadillac DeVille Flower Car listed for $32,000, a 1964 Miller Meteor Flower Car, the Broadmoor, and the Superior. These were the most popular models used for conversion to Cadillac flower cars. The old flower cars discovered in pristine condition fetched an average value in the $30,000 range, with one example going as high as $96,000. Many of the old flower cars urn up in old barns and fields. Some of them were parked and forgotten over the years. Very few of the vehicles are found pristine or fully restored. Quite a few have been classified as “barn finds.”

The Cadillac Flower Car was at its peak of popularity in the mid-1950s. It was a vehicle that was modified specifically for use to carry flowers, and sometimes flowers and the casket in extravagant funeral processions for VIPs. Few funeral homes had them in the beginning, but those that catered to the elite found them a necessity to gain the business of the rich and famous. A few dozen Cadillac flower cars emerged annually during the 1950s. Although they are still produced by select coachbuilders today, the Cadillac Flower Car is not as much in vogue as they were 70 years ago. If you find an older Cadillac converted into a flower car in good condition, you might have a valuable piece of history in your hands. These cars represent a historical time in the history of the funeral industry even more than within the automotive business.