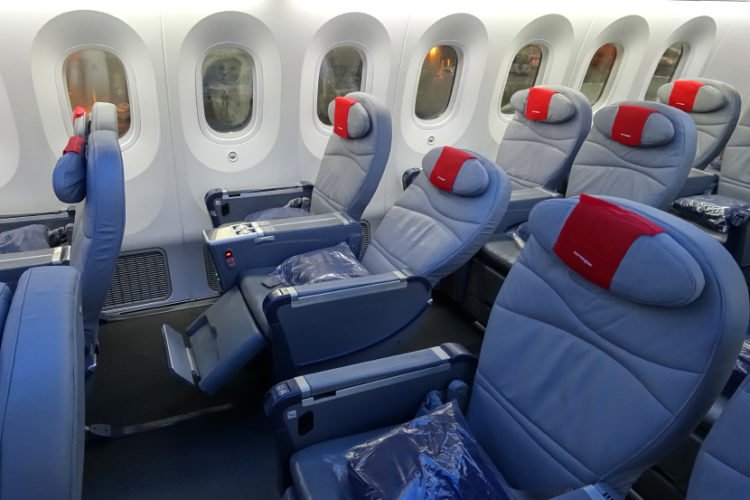 Norwegian Air Shuttle is a a low-cost airline that started up in Norway. However, it is far from being limited to said country and its surroundings, as shown by the fact that it is one of the largest low-cost airlines that can be found in the whole of Europe. Moreover, it should be mentioned that Norwegian Air Shuttle operates other routes in other regions as well, meaning that information about its seats can prove interesting to a much wide range of consumers out there than what most people would expect. One example would be the Norwegian Air Shuttle Premium class, which would be its version of what would be called the Business class elsewhere.

What Can People Expect from Norwegian Air’s Premium Class?

For starters, the perks of the Premium class start at the airport. For instance, there are some airports where Norwegian Air Shuttle will offer faster processing for Premium class passengers, which should come as welcome news for those who are concerned about having to spend too much time standing in lines. Furthermore, there are some airports where Premium class passengers can expect access to the airport lounges, which can offer them food, beverages, various entertainments, as well as places where they can rest and relax a little before boarding their flights. Combined, these perks should be enough to make the pre-flight process that much more bearable for interested individuals, which might not seem like much when people are ensconced in the comforts of their own homes but can make quite a difference when those same people are waiting in faraway locales.

Moving on, the Premium class experience on the flights comes with plenty of perks as well. First, a Premium class passenger can expect a comfortable seat to make the flight less unbearable, which should be capable of providing them with up to 140 cm of legroom. Something that can be particularly important for taller passengers. Second, the seats come with USB chargers as well as power outlets, which should let interested individuals keep their electronic devices powered for the full duration of their flights, thus enabling them to continue either playing or working as they desire. Third, Premium class passengers can expect what Norwegian Air Shuttle calls Premium food, which can mean everything from breakfast to a three-course dinner. Although airplane food will still be airplane food, there can nonetheless be a significant difference in quality between meals depending on the exact amount of time, efforts, and ingredients put into them, meaning that interested individuals shouldn’t scoff at said perks. Finally, for people who either won’t be bringing their own entertainment or want a change of pace, Norwegian Air Shuttle promises a touch screen-based entertainment system, which should be able to provide them with hundreds of hours of entertainment, with examples ranging from movies and TV shows to games and news programs.

Price-wise, Premium class can see enormous variation based on a wide range of factors. For example, the exact route that Premium class passengers are interested in can play an important role. Likewise, the time when they choose to make their bookings can matter as well. Curious people can check out the prices on Norwegian Air Shuttle’s website. However, unless they can afford to spare a great deal of their own time and effort, they won’t be able to guarantee themselves a good price on the flights that they are interested in. Fortunately, there is a simple and straightforward solution in the form of various flight finding services out there, which should enable them to find what they are interested in while minimizing what they need to do in the process.

On a final note, while this should serve as a useful introduction for people who want to learn more about Norwegian Air Shuttle’s Premium class, there is further information that can be found on its website as well as other sources of information. Due to this, interested individuals shouldn’t hesitate to make use of the options that are available to them, particularly since different people tend to be interested in different things. By looking into things for themselves, they should be able to get an even better understanding of what to expect than otherwise possible.