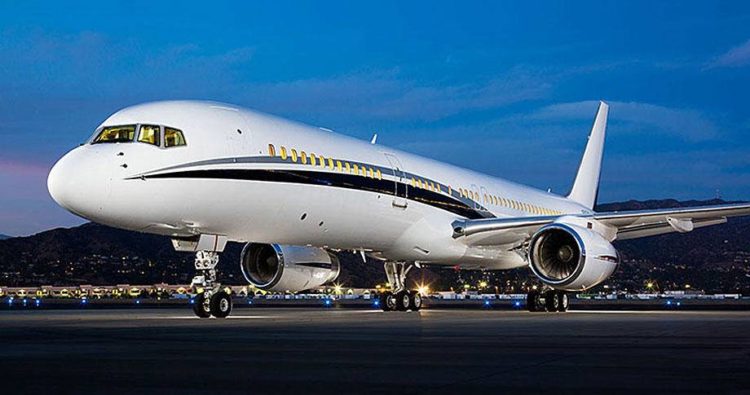 The Boeing 757 is the biggest of the single-aisle passenger planes that have come out of Boeing’s facilities. Over the course of its existence, it proved to be a very popular plane, as shown by the fact that more than a thousand were made. However, it has long been discontinued, though it is known that a replacement is being worked upon at the present time. Here are 10 things that you may or may not have known about the Boeing 757:

1. Started Out As an Attempt to Improve on the Boeing 727

The Boeing 757 started out as an attempt to improve on the Boeing 727. This was important because said plane was the single most successful commercial jetliner of the 1960s, which makes it no wonder why Boeing wanted to follow up on its successes.

2. Derived from One of Two Potential Paths

Boeing’s interest in improving on the Boeing 727 led to two potential options, with one being creating an updated plane called a Boeing 727-300 and the other being creating a new plane called Boeing 7N7. To choose between these two options, Boeing consulted a number of carriers, which tended to be much more interested in the latter because of the new technologies that would be incorporated within it.

The airline industry went through what one might call rather exciting times in the late 1970s. As a result, it should come as no surprise to learn that the Boeing 757 put a huge amount of emphasis on fuel efficiency, which was an attempt to appeal to the carriers’ interest in lower operating costs in light of rising oil prices. The improvement in fuel efficiency came from engine improvements as well as the use of both lighter materials and superior wings.

The Boeing 757’s twin-engine design was decided upon because of its better fuel efficiency when compared to the other options. At various points in the project, both three-engine and four-engine designs were considered, but winded up being rejected in preference for the ultimate choice, which was also interesting because it was the first time that Boeing had launched a plane with engines not made in the United States.

Initially, the Boeing 757 started out as something similar to the Boeing 727, which makes a fair amount of sense considering its origins. However, as the project proceeded, it began drawing more and more inspiration from the Boeing 767, which was also in development at the time.

For an example of how the Boeing 757 moved away from the Boeing 727 in preference for the Boeing 767, look no further than its abandonment of the T-tail, which was a leftover from its predecessor. Said change happened at around mid-1979, thus enabling the resulting plane to avoid the problem of deep stalls while increasing its ability to pack in more passengers.

7. Most of the Initial Production Happened in the United States

Eventually, Boeing set up the assembly line for the Boeing 757 at its facilities in Renton, which was the home for the production of a number of other planes at the time as well. About half of the components of the Boeing 757 were produced by Boeing, while most of the other half were handled by various sub-contractors in the United States. There was an effort by Boeing as well as Rolls-Royce to convince British manufacturers to handle the wing production, but that failed to produce the desired results for them.

The prototype for the Boeing 757 was completed in January of 1982. As a result, it was able to take its maiden flight on February 19 of 1982, which was an entire week ahead of schedule. With that said, the maiden flight was far from being problem-free, as shown by the fact that the plane experienced an engine stall that was able to be resolved by its pilot and co-pilot.

9. Discontinued Because of Low Demand

Production of Boeing 757s was stopped in October of 2004. Perhaps unsurprisingly, this happened because of low demand, so much so that even a late marketing campaign failed to get more than five orders. With that said, the sheer number of Boeing 757s in use resulted in some later retrofitting, which was carried out because of fuel efficiency concerns.

10. A Replacement Is Being Developed

Currently, Boeing is working on a replacement for the Boeing 757, which will target what is called the middle of the market. Something that is being contested by Boeing and Airbus at the moment. This project started up in 2015, which was when Boeing decided that there would be sufficient demand in the market to sustain such a product.