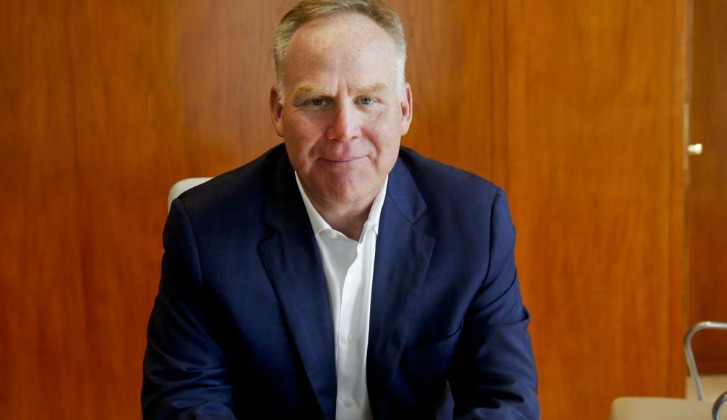 In 2011, Alan Armstrong was appointed the CEO and president of Williams Companies, a Fortune 500 energy company based in Tulsa, Oklahoma. The appointment followed a major restructuring of the business and a through shakeup of its then leadership; incumbent CEO Steve Malcolm was out and Armstrong, who had served as vice president of the group since 2002, was in. During his tenure as CEO, Armstrong has weathered the storm of a rapidly changing industry (and even an attempt to oust him) to develop the Williams Companies into a global force to be reckoned with. Read on to find out more about the able businessman.

1. He’s in demand as a public speaker

Thanks to his wealth of industry experience, Armstrong is hotly in demand as a public speaker. His motivational words have been appreciated by audiences at multiple energy conferences and seminars, such CERA Week, Chemical Manufacturers Association International, Platts Energy Conference, Gas Processors Association, Pipe Liner Clubs, National Petroleum Council and the National Energy Association. The Federal Energy Regulatory Commission have been impressed enough with his dynamic stage presence to appoint him as a panel speaker on gathering deregulation, while the Canada Energy Symposium has also hired him as a key note speaker.

2. He’s serves as a director to multiple companies

Armstrong serves on the Board of Directors for a mile-long list of companies, including Canada Energy Symposium and American Petroleum Institute. Outside of the energy industry, his board membership extends to multiple educational foundations and companies, including the University of Oklahoma Foundation, Junior Achievement, USA, The Williams Foundation and the Philbrook Museum of Art.

3. He’s a recipient of the Hanlon Award

In 2018, Armstrong was named the lucky recipient of the coveted Hanlon Award, the most prestigious honor of the midstream industry and, according to GPA Midstream Association, one of the ranking awards of the petroleum industry. The award was first founded by pioneer of the early gas processing industry, E.I. Hanlon, and is awarded to those individuals who have demonstrated the greatest achievements and contributions in the field. Other notable recipients in recent years include Kelcy Warren of Energy Transfer Equity and Boyd Anderson of BP.

4. His first position at Williams was as an engineer

Armstrong took the reins as CEO of Williams Companies after successor Steven Malcolm stepped down after 8 years at the helm. Armstrong’s career with Williams began in 1986, when he joined the company as an engineer. He subsequently worked his way up the corporate ladder, serving as director of commercial operations for the company’s midstream business in the Gulf Coast region from 1995 to 1997; vice president of retail energy services from 1997 to 1998; vice president of commercial development from 1998 to 1999 and vice president of gathering and processing from 1999 to 2002. Prior to his appointment as CEO and president in 2011, Armstrong acted as president of Williams’ midstream businesses in North America

Outside of the 9 to 5, Armstrong is a dedicated family man and proud pet-owner. Armstrong, who’s been married to wife Shelly for over 3 decades, credits his partner’s support with enabling his career success. “Shelly and I have been married for 25 years”, Armstrong told Tulsa People in 2011. “I can’t say enough about the support she’s provided over the years; we’ve done a lot of moving around the country, and it takes a lot of extra effort to relocate a family several times. We have four kids, from ages 11 to 20, that we are very proud of. … Each has very unique talents and personality. We also have two dogs — a young and frisky yellow retriever, Lilly, and a very lovable, old black Lab, Ford”.

6. He survived a coup

In 2016, Williams was weathering the storm of external industry changes… Armstrong, meanwhile, was enduring some substantial internal challenges of his own. After a failed merger with Dallas based Energy Transfer Equity, several of Williams’ board members banded together in an attempt to oust Armstrong from his position as CEO. As reported by Petro Global News, their efforts ultimately failed and it was the directors that would end up leaving the company, rather than Armstrong. Following the coup attempt, Armstrong would refocus his efforts on expanding and supporting the company’s pipeline infrastructure, as well as restructuring the company’s debts. His endeavors clearly paid off, with Williams showing strong growth in cash flow and operational strength in the subsequent quarter.

In 2015, Armstrong led Williams to victory at Fortune Magazine’s annual round-up of the World’s Most Admired Companies (WMAC). “This award validates the strong commitment of our employees to focus on doing the right thing and propelling the company forward,” said Armstrong. “In the last four years, Williams has made great strides executing on our natural gas-focused business strategy, creating value for shareholders and building relationships in the communities where our employees live and work.”

8. His personal fortune runs into the millions

Armstrong’s steady rise up the ranks at Williams has given him a very healthy fortune. According to Wallmine, the businessman’s net worth is estimated to be at least $30.4 million as of February 2019. His wealth derives from the annual salary of $10,691,400 he pulls in as President, Chief Executive Officer, and Director at Williams Companies, along with his 199,858 units of Williams Companies stock worth over $19,757,595.

Armstrong graduated from the University of Oklahoma in 1985 with a bachelor’s degree in civil engineering. Several decades on, the university recognized the achievements of one if its most successful sons by naming him a director of its Distinguished Graduates Society of the Gallogly College of Engineering. The society was established in 1990 to honor the college’s most accomplished alumni. Entry is granted to former students on the basis of professional achievement, public service, and outstanding contribution to the engineering profession. Armstrong was admitted to the society in 2014 along with fellow inductees, Anil V. Gollahalli and C. Richard Sivalls.

10. He’s transformed the focus and fortunes of Williams

In the 8 years since Armstrong took the helm at Williams, he’s steered the company through multiple industry changes, failed mergers, successful acquisitions, and a failed leadership coup. Despite the challenges, Armstrong has managed to lead the company into a period of sustained, transformative growth. His strategy of identifying and developing new, high return opportunities and connecting low-cost gas supplies to the centers of fastest growth has clearly paid dividends, as the company continues to show year on year profits and has a reach that now touches almost 30% of all-natural gas volumes in the U.S.