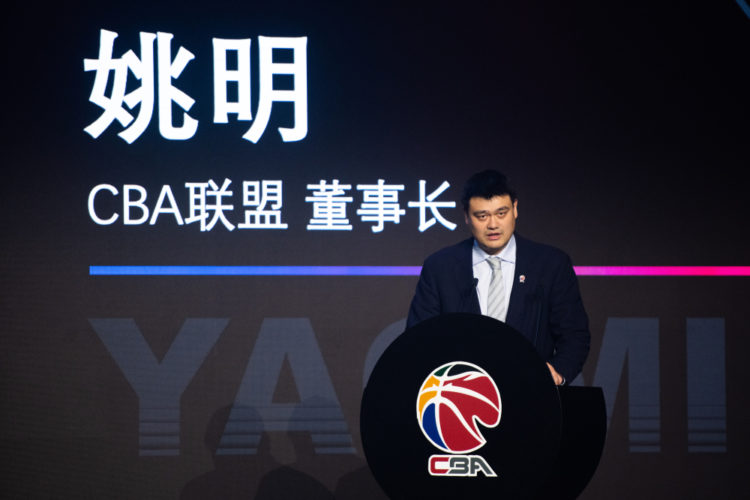 Yao Ming is a Chinese basketball player turned basketball executive. He entered the NBA at a time when the NBA was starting to make a serious effort at breaking into the Chinese market. As a result, Yao benefited a great deal from said circumstances. Nowadays, he is more low-profile because he has been retired for about a decade’s time. However, Yao is still very much involved in the world of Chinese basketball.

What Is Yao Ming’s Current Net Worth?

Regardless, Yao Ming was a superstar in his time, so it should come as no surprise to learn that there is plenty of interest in how much money he managed to make. Exact numbers are not available because this is personal information that isn’t revealed to the public save under very limited circumstances. However, there are sites such as Celebrity Net Worth that have produced estimates such as approximately $150 million, which should provide interested individuals with a very general sense of Yao’s wealth.

How Did Yao Ming Reach His Current Net Worth?

There are some professional athletes who seem to come out of nowhere. In contrast, others can seem as though they were always destined for their eventual sport. One can make a good argument that Yao was an excellent example of the latter. After all, he was born to a pair of former professional basketball players, one of whom stood at 2.01 m while the other stood at 1.91 m. As a result, Yao was born with a weight of 11 pounds, meaning that he weighed more than twice as much as the average Chinese newborn of those times. By the time he was in a junior sports school, it was very clear that he would grow to a great size. Something that can be very advantageous in professional basketball. Of course, Yao practiced hard as well. He is said to have practiced ten hours a day in order to get onto the junior team of the Shanghai Sharks of the Chinese Basketball Association (CBA) when he was still at the age of 13. Eventually, Yao made it onto the senior team after spending four years honing his skills on the junior team. He did well in his rookie season, but his second season was cut short when he broke his foot for the second time in his career. Something that apparently reduced his jumping ability by 10 to 15 cm. Even so, Yao and the rest of the Shanghai Sharks managed to win their first CBA championship in his fifth season.

Yao wasn’t the first Chinese basketball player to play in the NBA. After all, that was Wang Zhizhi, whose career in the CBA, the NBA, and then the CBA again can be described as complicated. However, there can be no doubt about the fact that Yao was something of a trailblazer in this regard, which in turn, meant a lot of complications that had to be resolved before he could switch over. Still, everything aligned in the end, with the result that he was drafted first overall by the Houston Rockets. In fact, that was one of the CBA’s conditions for letting Yao play in the NBA. In total, Yao played for the better part of a decade for the Houston Rockets. He never won a NBA championship, but he did receive a number of other honors. For instance, Yao was a NBA All-Star on eight occasions. Unfortunately, one of the reasons that his NBA career lasted from just 2002 to 2011 is the sheer number of injuries that he sustained. For example, Yao spent much of his fourth season inactive because he developed osteomyelitis in the big toe on his left foot, with the result that he had to get surgery for it. Similarly, he suffered a foot injury in April of 2006, a knee injury in December of 2006, and a foot injury in February of 2008. Eventually, Yao made the decision to retire after his contract with the Houston Rockets was up, not least because of the injury after injury that he sustained in his left foot.

Regardless, Yao was very popular in China during his time as a NBA player. For proof, look no further than the fact that he was chosen to lead the Chinese delegation during the opening ceremony of the 2008 Summer Olympics in Beijing. Something that was particularly important because those Olympics were widely-regarded as a sort of coming-out party for the country as a whole. Thanks to this, Yao possessed considerable marketing power, which in turn, meant that he was in high-demand for year after year. This can be seen in how he signed endorsement deals with numerous major corporations such as Nike, Visa, and Apple. Combined, Yao headed up Forbes’ list of highest-earning Chinese celebrities for multiple years, with an excellent example being how he brought in $51 million USD in 2008. Since retirement, Yao has continued being involved in basketball. In particular, it is worth mentioning that he has become the current president of the CBA. Something that was perhaps a natural step considering that Yao had already gotten involved in the world of Chinese basketball in a big way by buying out his old team the Shanghai Sharks in 2009 because it was on the verge of being unable to play thanks to financial troubles. In this, he is helped out by his fame. Yao’s name is no longer as well-known as it was in the 2000s. However, he remains someone of note in the Chinese market.

Summed up, it isn’t difficult to see how Yao managed to make his current net worth of $160 million. In short, his career as a NBA player provided him with a considerable amount of money. However, Yao’s status as a superstar provided him with enormous marketing power, which he translated into a number of well-paying endorsements. His routine has been much quieter since his retirement, but it will be interesting to see whether he will be able to fulfill his ambition of bringing Chinese basketball to new heights. If he can, it seems reasonable to speculate that his net worth could grow even higher in the times to come.