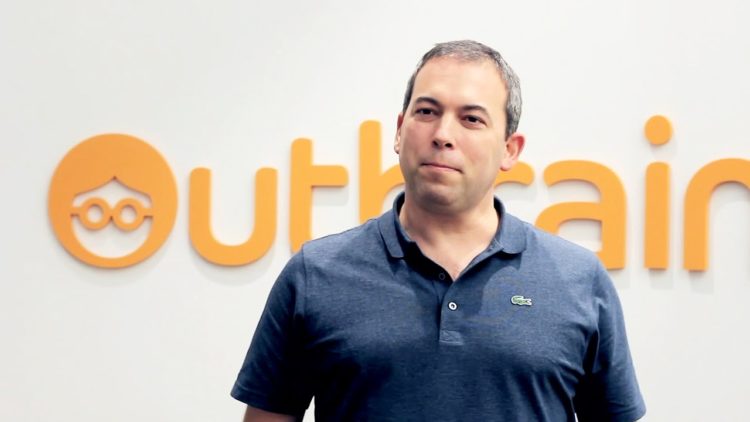 Have you ever heard of the name Yaron Galai? If you have, it’s probably because you’re either involved in business or you closely follow business professionals in one capacity or another. However, it would be a mistake to think that Galai is only a business professional and nothing more. As it turns out, he is a dynamic, multi-dimensional individual who has a number of interests with the skills to back them up. If you want to know more about him, read on. If you’ve never heard of him, consider reading through this list of 10 things that you may not know. You’ll likely find that he is one of the most unique individuals you have read about in quite some time.

1. He understands how to market for business

He has the experience to succeed in business, there is no doubt about that. After all, he has headed up a number of businesses, not the least of which include Outbrain and Ad4ever. The latter involves creating new and innovative ways to create media campaigns that can be conducted exclusively online. It’s all about helping businesses achieve something that many have struggled with for years, the ability to successfully reach audiences through an online platform. Since this is something that both existing and new businesses have traditionally had a difficult time with, the work he has done with this company is among some of the most celebrated successes that he has ever had.

2. He knows how to multi-task

You don’t typically become a successful business professional without knowing how to do several things well at one time. That is especially true when it comes to developing your own businesses that are conducted via the web. This is a challenging market to begin with, one that requires you to be something of a jack-of-all-trades with software development, marketing, and customer relations, just to name a few things. Clearly, he has learned how to effectively multi-task, something that was proven when he started working with approximately 30 companies at one time in order to develop their online presence so that they could become more successful in their own right.

Some people are just naturally more driven to succeed than others. He’s always described himself as an extremely driven individual, especially when it comes to his relationship with his professional life. Whereas everyone wants to be successful, he has never been one to let anything stand in his way. Some people have even described him as having laser-like focus. Clearly, it’s something that has paid off for him.

4. He doesn’t let fear stand in his way

He is quick to point out that he never allows fear to stand in his way, even when he feels like his back is up against the wall. There have been many times over the course of his career where the odds have certainly been stacked against him. As previously mentioned, it’s not easy to become a successful business professional in the particular arena that he routinely operates in. He says that one of the biggest detractors from success is fear. Where most people might become fearful and allow that feeling to stop them from pushing forward, he simply pushes harder. He has commented several times in the past that the more fear he feels, the more likely he is to double down and work that much more diligently in order to achieve the success he wants.

If you think that the only side to him is in business, think again. He’s also a military man, a reserve naval officer with the Israeli military. Perhaps this explains his never-ending drive for success as well as his ability to shut out practically every distraction around him in order to focus on what needs to be done. Without a doubt, it at least partially explains why he doesn’t let fear stand in his way.

He’s never liked the idea of taking all the credit when something goes right, nor does he believe in pinning the responsibility on someone else when things don’t go according to plan. As such, he has always made a habit of surrounding himself with the best people and then ensuring that everyone is brought along with him when one of his business endeavors does well.

7. He’s all about the underdog

Like many people, he loves a good story about an underdog who experiences success. In fact, he recently made a Twitter post about some of the people who had come along to work on a project with him at Outbrain. The team was from Slovenia, an area that has seen a great deal of difficulty in recent years. In that post, he also commented that he hopes that this will serve as a springboard for more people who are disadvantaged to experience similar levels of success.

8. He knows that nothing worth doing happens overnight

He has frequently made the statement that an ‘overnight success’ takes about 10 years to become a reality. He is well aware of the blood, sweat and tears that must go into anything that is worth doing. While something or someone might look like an overnight success to an outsider looking in, he is quick to point out that the best things in life require effort, time and patience. They don’t happen overnight but if they’re worth doing, they’re worth working for.

9. He knows that true success involves everyone

He has said before that it’s impossible to experience genuine success if every person involved doesn’t have the chance to grow from it. As such, he’s always been keen on creating a business model that allows every person involved to experience success from that particular experience. For him, it’s not just about key board members or the presidents and CEOs of companies. It’s also about the person that was just hired last week or the business owner who is simply trying to make a go of things so that the lights can stay on. As far as he’s concerned, when everybody has a chance to succeed, the best environment is created for that success to take place.

10. He sees business in a different way than most

It might sound like a cop-out to say that he sees business in a different way than most, but it’s a very tangible quality of his. In fact, it’s one of the things that has allowed him to stand out in business over the years. It’s true that he sees things differently. In much the same way that a mathematician is able to look at one of the most difficult math problems you could imagine and simply see the solution, he is able to look at business proposals and see creative ways to make them work. On the flip side, he’s also able to see why something isn’t working and then take corrective action in order to fix things.