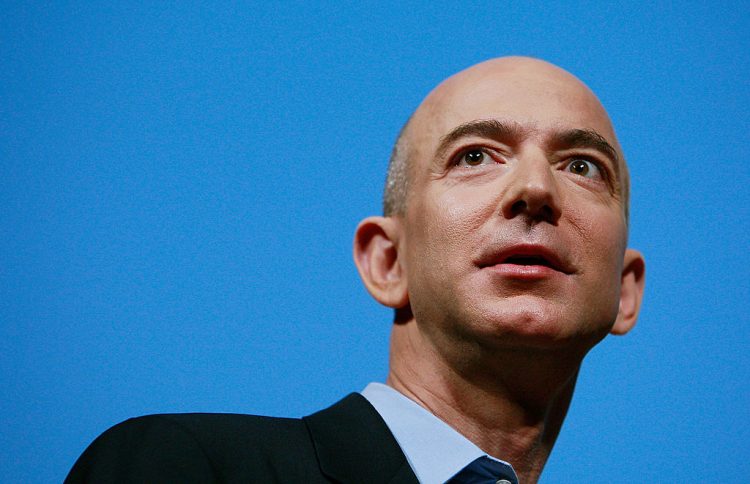 Founded in 1994, Amazon is a multi-billion, Fortune 500 e-commerce company that is one of the very first online companies that sells goods over the internet. Jeff Bezos is the founder of Amazon, and since he founded the company, which officially launched the following year, the company has grown to almost 270,000 employees and sells the most diverse variety of goods of any site. It started as a basic online bookstore but soon after, it diversified its product line and began selling many other types of items, such as DVD’s video games, electronics, clothing and more. Time Magazine named Bezos Man of the Year in 1999 for his success in popularizing online shopping. Since Amazon got its start, it has acquired quite a number of companies, which all have played a role in where Amazon is today. Acquisitions can be a win-win deal for both the company who is acquiring it, and the one being acquired. Many entrepreneurs view an acquisition as one of their goals when they start up their company. If you have ever been curious about what the largest acquisitions Amazon has participated in through the years, read on to see what the ten largest Amazon acquisitions to date, are.

Founded in 2006, Elemental is the lead supplier of software-defined video solutions for delivering content on multiscreen devices of IP networks. They are the company that offers the ability for video experiences to be high quality by way of turnkey, cloud-based and through virtualized deployment models so that TV operators, content programmers, enterprise customers and broadcasters can give customers video on any screen at anytime, and all at once. Elemental is the pioneer of this software-based video processing and Amazon saw that it would benefit them to be able to have video infrastructures scaled so that the media industry and entertainment companies could go live and on-demand to deliver content over PCs, tablets, phones and TVs. Amazon acquired Elemental in September 2015 for $296 million.

Founded in 1997, Audible gives customers the best experience with its broadcast device and selling more than 80,000 audio versions of newspapers, books and magazines, as well as it offers television and radio content. Amazon knew that with their movement of releasing or the Kindle e-book reader that plays audio books. They also launched the Amazon MP3, which is a music store that is in competition with Apple’s iTunes. With all Amazon was developing in way of audio for their customers, they could benefit from Audible’s platform and decided to offer to purchase them. Audible accepted the price of $300 million and the deal was closed in March of 2008.

LOVEFILM is a video and game service that streams media but also offered physical rentals, all for a fee. They are UK based company that has over 14 million customers across several countries. Amazon had been selling films on Blu-ray, DVD and PC, as well as video games. They also offered a store for MP3 music downloads, but now with Lovefilm it was expected that Amazon would begin selling online video more. The two companies together, were looking forward to creating a more innovative and productive future with a heightened competition between Amazon and the US Netflix. The acquisition deal was closed in January of 2011 for the price of $312 million.

The company was founded in about 2011 and is an Israeli startup chip company that is known to be quite secretive about what it’s developments and function really is, not disclosing much about its technology. Amazon made a deal with Annapurna Labs in January 2015 and it is believed that Amazon will use the company’s chip design to make its AWS cloud computing business in their data centers, more efficient and cost-effective. It could also be used in their internal business affairs, however, whatever it is Amazon was hoping to gain with the chip business, they were said to have paid $370 million for the buyout.

Bezos wanted to accomplish a couple of things with Quidsi. He understands a parent’s trials with the diaper stages of raising kids, and with Quidsi. Quidsi is the parent company of diapers.com and soap.com, and owning Quidsi, he could make things a little more easy for parents by giving them the ability get diapers delivered quickly to them at great prices. He knows how difficult it is to run out of diapers or having to pay too much, so with Quidsi, he could knock out a couple of the issues that burden parents. Quidsi was purchased in June of 2011 for $500 million and would assume $45 million dollars worth of Quidsi’s debt as well as other liabilities as part of the deal. Also part of the deal, Quidsi would be able to keep their management.

Like Amazon is to the US, Souq.com is to the Arab world. It is a retail marketplace that features over 8 million products in 31 different categories, from fashion to health and beauty, electronics, baby products and more. The site has millions of visits each month and Amazon has recognized that the two together, could boost both companies’ sales and their capabilities. The CEO and Co-founder of Souq.com agreed to Amazon’s offer to acquire the company, saying that to become a part of the Amazon family would only empower them in way of expanding their delivery capabilities and their customer selection. Amazon purchase Souq.com in March of 2017 for $580 million dollars.

Amazon’s growing sales means more workers and more work for them in their warehouses, or fulfillment centers, as they are referred to. Trying to fulfill so many orders was becoming an increase in Amazon’ costs, so in order to help make these fulfillment centers operate more efficiently, Amazon purchased Kiva Systems, a technology company that builds robots that are designed to work around warehouses. They are meant to zip through the centers collecting orders off shelves and bring products directly to the workers. A very cool concept that has really proven to be a time and money saver for the company. Kiva systems was purchased in March of 2012 for $775 million, one of the largest acquisitions by Amazon to date.

Twitch is a video game streaming site that allows users to get on the site, crate their own channel and not only play video games, but create commentary about the game as they play. With video games being so popular today, Amazon recognized the potential that Twitch had for making big bucks and becoming one of the biggest companies in the business. Even Google was in the mix for a while, trying to make a deal with Twitch for a buyout, however, that deal fell to the wayside and now, Amazon is the proud owner, paying $1 billion back in September of 2014.

Another online consumer-based company that specializes in online apparel and footwear, Zappos wanted to join forces with Amazon in order to increase both company’s bottom lines, increase sells, bring better customer service to their customers and continue to move forward in their online business concepts, but stronger now. Amazon agreed to acquire all of Zappos outstanding shares and assume all of their options and warrants of their company. This would be done in exchange for about 10 million shares in Amazon’s common stock that was equal to about $807 million. Amazon also agreed to give Zappos employees $40 million in cash and restricted stock units. Zappos would be able to retain their management team and run their company under their successful brand. The purchase took place in July of 2009 and ended with a buyout price of $1.2 Billion dollars.

Whole Foods Market has become one of the most popular health food stores, but despite it being what more people are wanting, the chain was suffering financially and the company began prodding for a buyout. Amazon stepped in and decided to offer to buy the chain, which seemed like an odd combo, but Amazon will take advantage of being able to use the store chain for experiments to see how people really pick their food, pay for it, and get their food delivered. Whole Foods was just not able to build their brand as quickly as they’d hoped, but now, with Amazon on board, they will be bringing the same types of technologies to the stores that they’ve implanted in many of their other investments. Whole Foods will be able to retain their management in place and Amazon will look into another startup of grocery delivering. The purchase is the largest Amazon acquisition to date, paying $13.7 Billion dollars for the food chain.