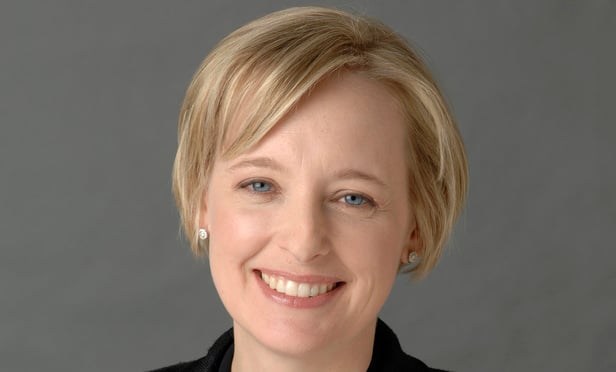 Julie Sweet is the Chief Executive Officer of Accenture in North America. Her role includes leading the business in the United States and Canada. In addition to her role as Chief Executive Officer, she is also a member of the Global Management Committee for Accenture. While Sweet is famous in business circles, there are many things that you probably don’t know about this successful businesswoman. Here are ten things you probably didn’t know about Julie Sweet.

1. She Has a Doctorate

Julie Sweet studied first at Claremont McKenna College where she obtained her Bachelor of Arts degree. She then went on to study at Columbia Law School where she successfully completed her doctorate course and she holds a Juris Doctor degree from this establishment.

Prior to working at Accenture, Julie Sweet worked for Cravath, Swaine & Moore LLP. She joined this law firm in 1992. She was a partner in their corporate department and led a broad corporate practice for the company. Her role included representing underwriters, providing general corporate counsel, managing private equity funds, advising corporate clients in both private and public financings, and advising on acquisitions and mergers.

3. She is a Member of the Executive Committee of the Business Roundtable

Alongside her role as CEO of Accenture, Julie Sweet is also a member of the Executive Committee of the Business Roundtable. Within this organization, she is the chair of the Technology, Internet & Innovation Committee. Furthermore, she is also on the Executive Council of TechNet.

4. She is FORTUNE’s ‘Most Powerful Woman’

In both 2016 and 2017, Julie Sweet was named as the ‘Most Powerful Woman’ on FORTUNE’s list of powerful women. She is one of only a few women to have achieved this accolade for two consecutive years.

5. She Was Formerly the General Counsel, Secretary and Chief Compliance Officer for Accenture

Before she became the CEO of Accenture North America, Sweet already worked for the company. Her position was as general counsel, secretary, and chief compliance officer. In this role, her responsibilities included having the ultimate responsibility of legal support to Accenture, leading Accenture’s legal department, and serving as the principal counsel to the board of directors and senior leadership for the company.

After successfully fulfilling her role in the legal department of Accenture, the talents and business acumen of Sweet were rewarded with her promotion. She became the CEO of Accenture in June 2015.

7. She Promotes Women in Business

Women in business is a subject about which Julie Sweet is passionate. In fact, she is the co-chair of the Canada-United States Council for Advancement of Women Entrepreneurs and Business Leaders. This is a relatively new organization as it was only formed in February 2017. It aims to attract women to entrepreneurship and increase the number of women working in fields such as engineering, science, technology, and mathematics. It also aims to support women as leaders, attract women to the private sector, and increase women’s access to capital.

When Julie Sweet became the CEO of Accenture, she made many changes within the company. One of these was to ban corporate memos. Instead, she is using live-streamed conversations or pre-taped video messages. She believes that has made a significant improvement in communication in the company.

9. She Wants to Become an Informal Boss

According to Sweet, employees do not want a formal boss. She believes that by being more informal, it opens up communication and can help with problem-solving within a company. Sweet thinks that taking this approach as a boss will create an atmosphere where employees are honest and believe that their leaders are authentic.

10. She Can Speak Chinese

Sweet showed her willingness to take risks form a young age. In 1987, at the age of just 19, she decided to move to China for a year. At the time, she didn’t speak the language and knew little about the culture. It was an era when learning Japanese was more the trend, but Julie Sweet wanted to learn Chinese in her junior year and absorbing herself in the Chinese culture by moving to China was the best way to learn the language. Not only did moving to China help her to learn a new language, it also taught her about taking risks, facing challenges, and adapting to new situations. These are all skills that have no doubt helped her to become a successful businesswoman.